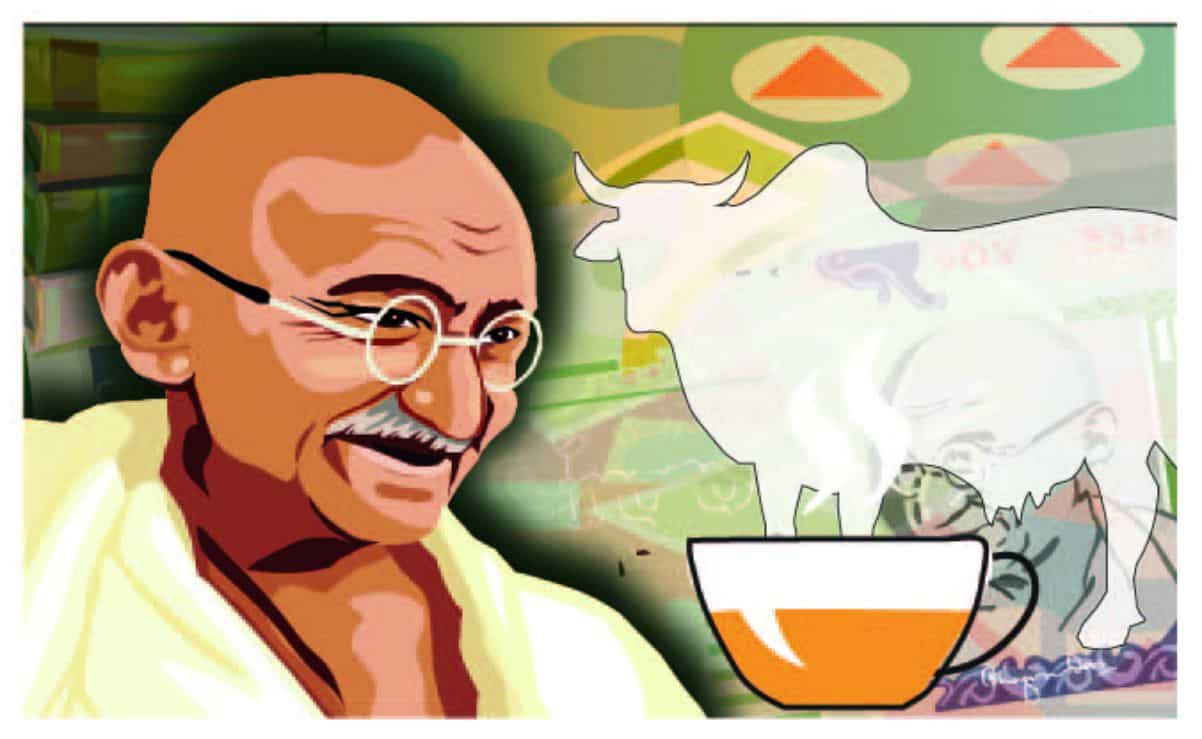 Here’s the unique thing about Mahatma Gandhi. The more you read about him, the more you realise the man was a complete enigma. Our Father of the Nation led an extremely interesting life, one that historians love to dissect over from time and time, and the most incredible part is that each time they end up finding something new.

The younger generation might have a bone to pick with him because his birth day (October 2) and death anniversary (January 30) are dry days throughout India. But such was the frugal lifestyle of Mahatma Gandhi that things like food, clothes and drinks were probably the last things on his mind during India’s long freedom struggle. As Gandhi himself said about alcohol, “I want to say that taking intoxicating liquors is almost like committing suicide, because a man or a woman who takes intoxicating drinks and gets mad, kills his or her soul, for the time being. Surely death of the soul is worse than death of the body.” Yeah, he could be pretty extreme that way. What most people don’t know is that Gandhi even made drinking tea into a taboo. But not for the reasons you might imagine.

Let’s first get to Sarat Chandra Chattopathyay’s novella Parineeta that Vidya Balan debuted in and propelled her into a powerhouse performer in the last decade. In the story, Balan’s character Lalita does not drink tea because her romantic interest Shekhar is a nationalist who does not prefer women drinking the beverage.

Shekhar’s point of view is influenced by the appalling conditions in which tea workers, mostly women, work and serve their English masters. Published in 1914, the novella captured the zeitgeist of the 1920s and 1930s when upper class Bengalis began drinking tea to show off their richness at a time when Calcutta had become the world’s biggest tea port after the collapse of the American markets during the Great Recession.

Naturally, someone like Gandhi could not allow a drink seen to be favourable to the upper and middle class to take over the rest of poor India. Apart from this, another reason for his taboo towards tea were the ingredients in tea themselves.

In a chapter of his book A Key To Health, Gandhi wrote that the tannins present in tea was bad for human consumption and called tea an ‘intoxicant’ for the same reason. This happened at a time when there was already a rumour that drinking tea caused the skin to go dark. Added to these were cartoons published by noted chemist Acharya Prafulla Ray from the 1920s that equated tea with poison that further drove Gandhi to call for a halt to drinking tea.

Little did Gandhi expect that Indian tea would be one of the most valuable sources of foreign exchange in independent India post 1947. Gandhi’s reason for abandoning cow milk, on the other hand, was pretty straightforward. According to a widely corroborated story, he once saw a cow being milked while her calf was deprived of her milk. Gandhi vowed to abandon milk altogether straightaway. However, because he did not have nourishing food otherwise, his body needed the essential vitamins that milk provided. Ultimately, it was decided that Gandhi would have goat’s milk.

As we said, there’s so much of Gandhi still left to unpack that we might as well be scratching the surface of his personality. We’d like to know what you think of Gandhi’s aversion to tea and cow milk in the comments below.