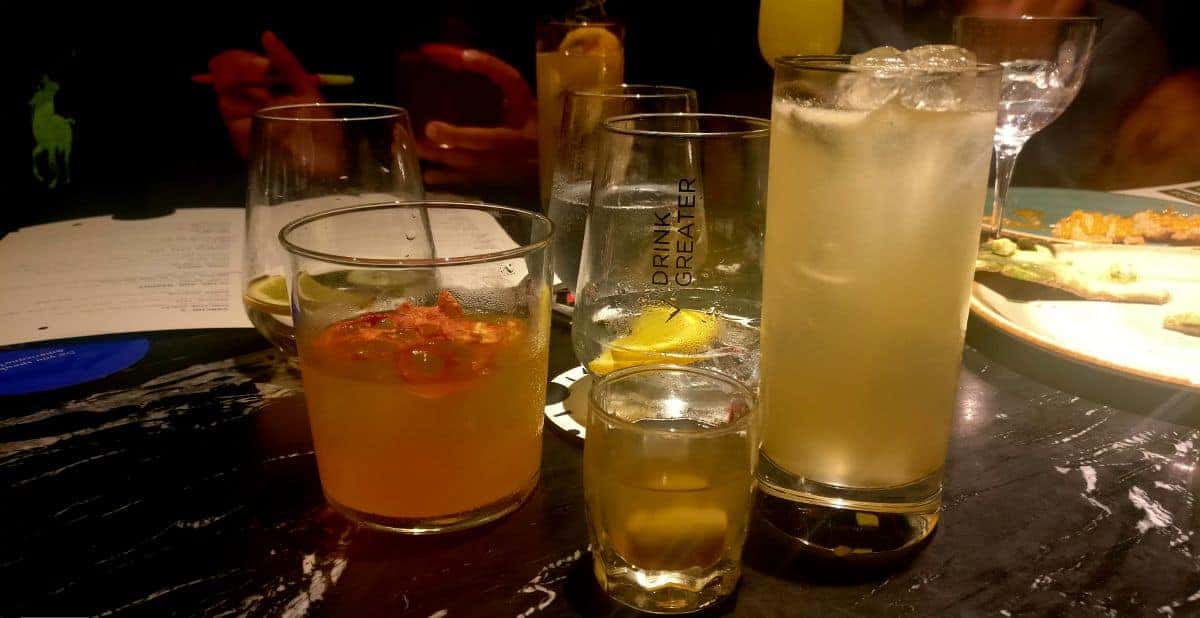 Greater Than Gin announced the GT Bar Wars and held the Mumbai edition of the maiden event this week. We attended the edition in Mumbai with 10 participating bars and thoroughly enjoyed the format of this competition.

The GT Bar Wars are all about putting the spotlight on bartenders and servers. The participating bars were each represented by a team of two – the bartender and the server. Each bar had a small setup before the main event in case anyone wanted to know about the cocktails they’d be serving later.

The main event lasted exactly one hour. In this crucial hour, servers from each bar came to tables and tried to upsell their cocktails. Participants had been given three tokens that each server would collect after upselling their drinks.

At the end of the hour, the tokens as well as the menu for the evening had to be returned with the name of the best bar outlined by each participant. The bar with the highest tokens collected and best bar circled won the GT Bar Wars.

A spokesperson for Greater Than said that the idea was to give bartenders the spotlight along with the servers in a fun way. Going by the looks of it, almost everybody enjoyed the event and it’s easy to see Bar Wars becoming a cool annual property in the years to come.

The 10 Participating Bars Of The Night Included:

The Drinks We Had:

There were 28 cocktails from these 10 bars and only three tokens to choose from. However, it wasn’t as if participants couldn’t exchange drinks amongst themselves. We managed to try quite a few of the cocktails and offer.

The ones we chose included Sex On The Peach (Greater Than gin, Campari, pineapple, passionfruit, lime and orange bitters) from Americano, the new restaurant from Alex Sanchez. We also gave away a token to Annatto (Greater Than gin, sous vide annatto, lime juice, honey syrup, clear tomato water, grapefruit juice and dehydrated tomato) from Masque and the last one to Greater Than One Shot (Greater Than gin, olive brine, lemon juice, tabasco and olive) from the hosts Thirsty City 127.

Sex On The Peach complimented the bitters and sweet elements quite well and the use of red peaches to create the cocktail was an inspired choice. Annatto, with its laboratory usage of tomato, used the tarty bitterness to great effect on the palate.

Lastly, Greater Than One Shot was well, a shot to drink up that didn’t allow the mix of ingredients to be savoured. The aftertaste, though, wasn’t all that bad and many tables ordered the shot towards the end of the allotted hour.

Some of the other drinks we tasted included Diamontre (Greater Than gin, oolong chamomile Cointreau, cherry brandy, anantmul bitter spray) from Uno Mas that sounded better than it tasted. We also tried Just A Great Martini (Greater Than gin, homemade dry vermouth, barmade cherry liqueur and absinthe) from Qualia that had a bit too much of cherry liqueur for us to recommend it, Slink and Bardot’s You Have A Face On Your Moustache (Greater Than gin, pandan-infused gin, bellpepper puree, cream, honey, coconut water topped with a bellpepper touille) that aroused mixed reactions amongst the participants and In The Limelight (Greater Than gin, Ricard, cucumber, lime and bergamot leaf-infused egg) from Miss T that served as a great finisher to the Bar Wars at the end of one incredible hour of cocktail tasting.

Masque and Americano were runner-ups at the tournament but the night belonged to hosts Thirsty City 127, possibly because of the amount of Greater Than One Shots they managed to upsell. This means that they will now compete in the national competition to be held in Bengaluru at the end of July. The winner of the Bar Wars competition gets to showcase their drinks at a premier cocktail event in Berlin later in the year.