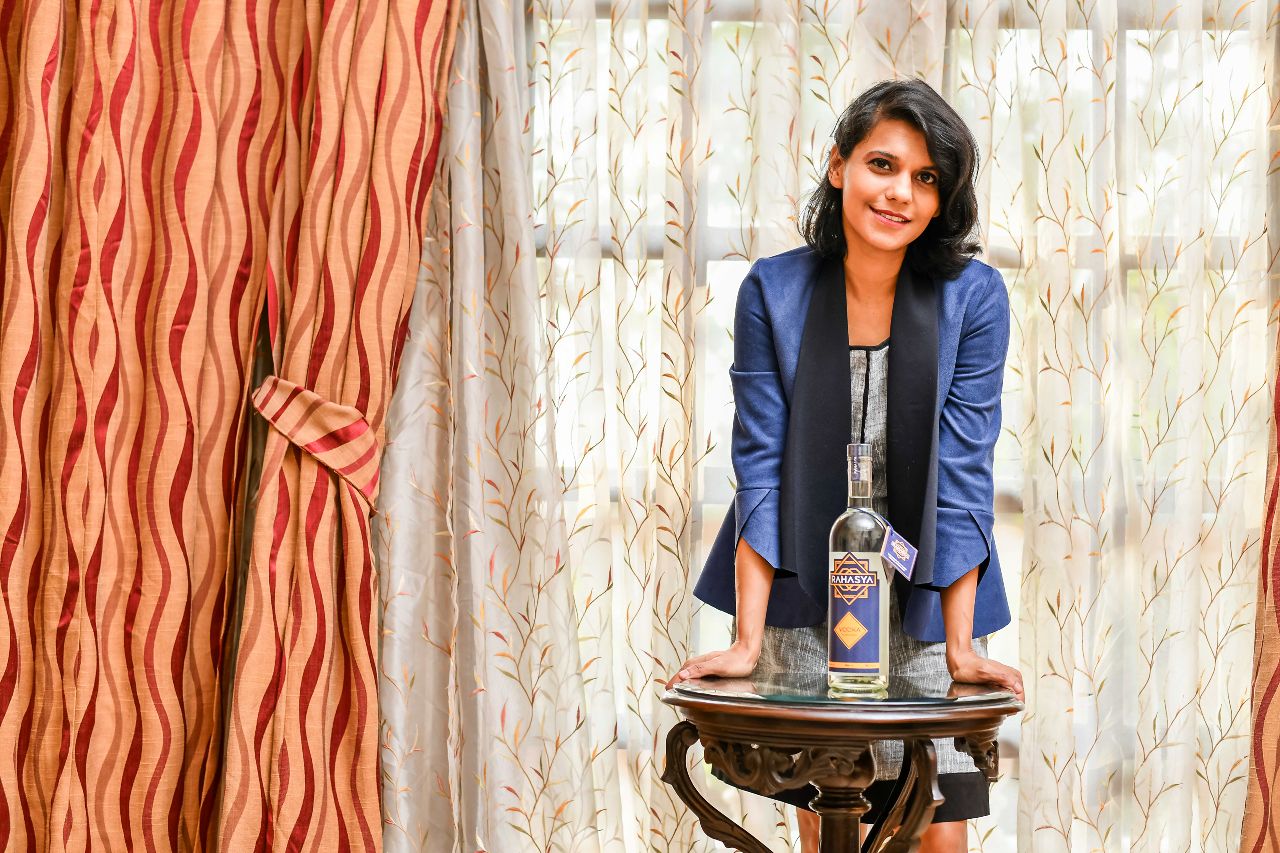 A Complete Guide To Vermouth

With craft gin taking over the country, we were pleasantly surprised to see a new homegrown vodka brand launch from Goa. Rahasya Vodka is the latest craft spirit entrant in the country and has set ambitious plans for itself. Over a conversation, Varna Bhat – CEO & Founder, Blisswater Industries Private Limited that produces Rahasya Vodka told Gurgl what the brand stands for, standing out amidst craft gins and beers and the secret of the bottle.

At the outset, Bhat is clear that because of her entrepreneurial ambitions (this is her third venture) she always wanted to be in the B2C product category. What was unclear is the fact that it would be in the form of a vodka brand. About three years ago, over a long conversation with friends who meet annually or even biannually, the conversation eventually moved to alcohol and the conclusion was that there was no Indian-styled product available in the market. “Sure, we have apong and feni and mahua, but there was no alcoholic drink that could truly be called pan-Indian,” Bhat says, recalling the conversation.

The conversation ended that night but the idea lingered on. Bhat began the journey by meeting mixologists, trying different spirits and cocktails and trying to find the Indian element in them. “I was looking for something that would be inherently Indian without falling back to the cliché of masalas,” she says.

In time, Bhat and a small team started creating blends and doing blind tastings. When almost 90 percent of the audience identified with the blend as being an ‘Indian’ drink, Bhat knew she had found her secret sauce and set about launching Rahasya Vodka. “People kept asking what was in the drink and it had this mysterious and secretive air about it, which ultimately led us to name the drink as Rahasya,” Bhat says. Bhat is reluctant to share the exact secret sauce but says that the idea of having a drink that instantly connects you to India makes it pretty unique. “We are not being arrogant but humble about the fact that our story is to unearth the mysteries of the country with the drink,” she says.

In fact, the idea to use vodka as the base spirit also came because of the fact that it could be infused with the drink Bhat had in mind. “No dark spirit or beer or any other spirit would have lent itself in the same way as vodka did,” Bhat says adding that it is the second-most consumed spirit in the country after whisky yet there’s hardly any local innovation that’s happened with the spirit. “The underlying current we found during market research was that people were open to the gap that was present in the market with vodka. Most people were open to the idea of an indigenous brand compared to having imported vodkas, especially in the premium and mass premium segment.”

Another factor that Bhat says works well with Rahasya is that it is very low on congeners on account of having high quality base spirit and ingredients, making it a sipping vodka as well. “Our price is closer to Smirnoff yet Rahasya is sippable without mixers but you can also have Rahasya on the rocks apart from using it in cocktails. Even bartenders have gotten creative and have created Rahasya infusions with raw mangoes, starfruits, tamarind and so on. Not only do they blend well with Rahasya, but they also work well as shots, which is amazing and not something that we initially positioned the product as,” she says. Rahasya vodka is currently available in Goa and is priced at INR 850 for a 750ml bottle. Bhat says that by the end of 2021, Rahasya will be available across Karnataka, Chhattisgarh, Maharashtra and other states in the country. The company is also in talks to make the vodka available overseas as early as mid-2021.

From wanting to join the IAS to turning into a first-generation entrepreneur with her third project now, Bhat has come a long way – something she would be hoping for Rahasya vodka to do as well.

A Complete Guide To Vermouth