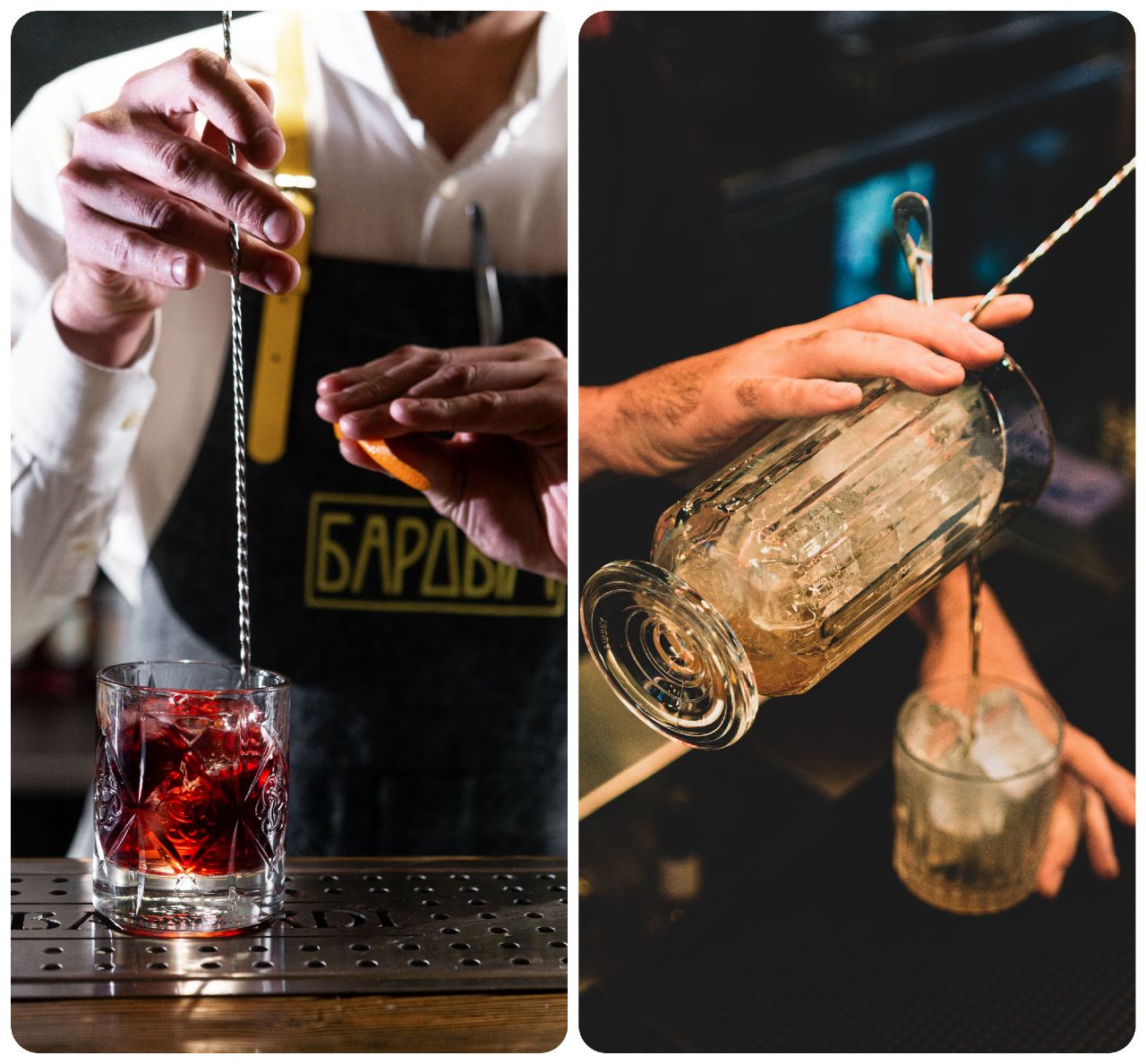 7 Scotch Whiskies To Add To Your Father’s Collection Today

When James Bond said he wants his martini shaken, and not stirred, he left the world of mixology completely baffled. Does it really make a difference, you wonder? It can completely change the texture of your cocktail, that is for sure. But how do you know when to stir and when to shake?

There is a very simple theory that can help you nail any cocktail you want and make it just the way it is meant to be. If your recipe calls for citrus, eggs or cream, it is time for your arm workout. This includes other fruit juices as well! Such ingredients definitely need to be shaken, to create a light and smooth texture. They don’t mix with alcohol easily and thus need to be given a nice 20-second-long shake with ice. Ice makes sure the final concoction is chilled and well balanced.

In general, the rule of thumb is that “if there’s something other than alcohol in the drink, you shake it.”

Bartenders love to quote Harry Craddock’s 1930 bar guide, The Savoy Cocktail Book: “Shake the shaker as hard as you can. Don’t just rock it, you’re trying to wake it up, not send it to sleep!” One sign of a well-shaken cocktail is a frothy edge in drinks made with cream or eggs or a fine blanket of ice shards on top of a clear cocktail. The drink should then be strained into the glass, either straight up or over fresh ice.

There are three kinds of shakes:

Dry shake – A dry shake is when you shake a cocktail at room temperature without adding ice to the shaker. This allows the drink to emulsify better, producing more aeration and a thicker foam on top of the finished cocktail.

Wet shake – When you add ice and “wet shake” the cocktail, it dilutes the drink and cools it down.

Reverse dry shake – It starts by shaking a cocktail’s ingredients over ice. The drink is then strained and the ice discarded so that the liquid can be re-shaken, without ice, after which it’s strained again into a glass.

Now that you know them, don’t let these terms confuse you. Simply remember the rule of thumb – dry shake is to emulsify the ingredients and produce a luxurious texture whereas wet shake is to dilute and cool. Choose which one you want to go with according to the cocktail you eventually desire to create.

Some of the most popular cocktails use the shake method, for example –

A whisky sour: It would be really difficult to blend the egg white with the rest of the drink if you don’t shake it.

A classic margarita is always shaken and that is what results in the thin layer of ice crumbs on top.

Cosmopolitan has a lot of ingredients apart from the alcohol like lemon juice, cranberry, orange liqueur etc that need to merge into one taste.

In such examples, shaking is always recommended. As mentioned above, the rule of the thumb is that if your cocktail is made entirely of alcoholic ingredients, then stir it. This includes bitters like in a Negroni, or vermouth like in a martini. One exception to keep in mind is the classic Old Fashioned, which has ingredients apart from alcohol like sugar but is still stirred. Another exception to keep in mind is cream liqueurs, which need to be shaken, despite having alcohol. This is so they blend right into the recipe.

Compared to shaking, stirring is gentler. It minimises dilution, and the drinks take slightly longer to chill. The boozier the drink and the fewer ingredients it has, the more likely it is that the drink should be stirred.

It is important to note that ingredients like soda, tonic, sparkling wine, beer, or any aerated drinks can never be shaken. It must always be added in the end, as a top up to the rest of the ingredients and gently stirred in.

Remember to always use a long bar spoon to stir your cocktail. Hold it at about 2/3rds of its length and find a comfortable grip between your middle finger and ring finger. Move the spoon along the inside edge of the glass for about 30-45 seconds for optimum temperature and dilution.

Typically, it is wise to stir either in a tall glass, Old Fashioned glass or in the shaker itself. Stirring in a cocktail or margarita glass can get tricky and lead to spills.

Some classic cocktails that are stirred are Martinis, Negronis and Manhattans.

So What Did James Bond Mean? Although James Bond is obviously a fictional character, his preferences have had a very real cultural impact.

The shaken Martini is mentioned twice in the first Bond film Dr. No (1962). When Bond has presumably ordered a drink from room service to his hotel room, it is mixed by a waiter, who says “one medium dry vodka martini mixed like you said, sir, but not stirred.” (A slice of lime was in the bottom of the glass.) Later, Dr. No presents Bond with a drink—”A medium dry martini, lemon peel. Shaken, not stirred.”

Bond did not vocally order one himself until Goldfinger (1964). In the 1967 film You Only Live Twice, Bond’s contact Henderson prepares a Martini for Bond and says, “That’s, um, stirred not shaken. That was right, wasn’t it?” To which Bond replies politely, “Perfect.”

However, Martini loyalists insist that gin should never be shaken because it can taste “bruised.”

What about you? Do you, too, prefer your Martinis a la Bond? Let us know in the comments below.

5 Essential Goa Drinks To Try On Its 75th Revolution Day

7 Scotch Whiskies To Add To Your Father’s Collection Today