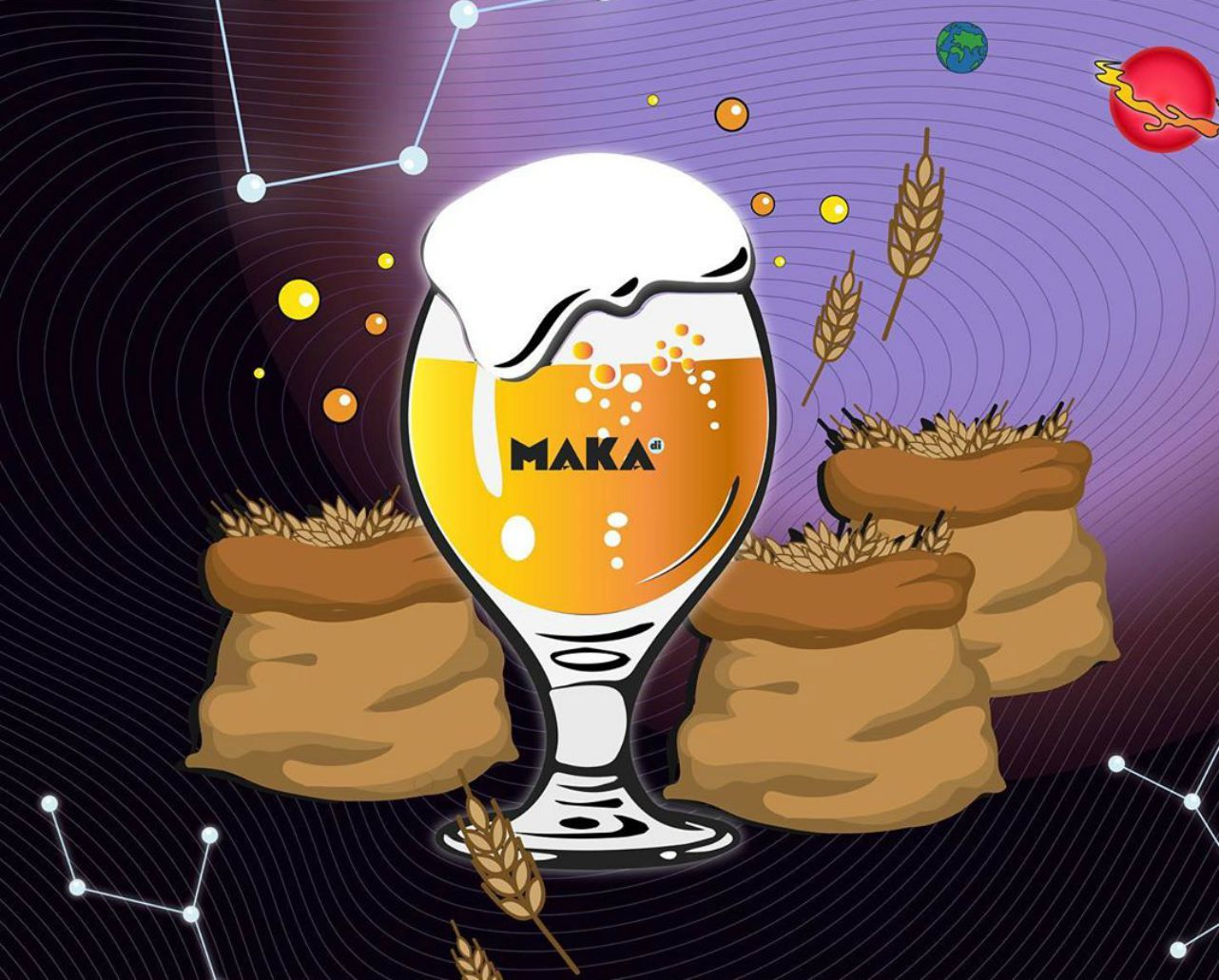 It seems hard to believe but there was a time not too long ago when the only options for beer lovers in India was between four to five big brands. It’s little wonder that craft beer has exploded across India with many of them making a name for themselves in a short period of time even as new brands keep launching to satiate the never-ending Indian palate.

The latest craft beer on the block is Maka Di from Goa. It’s USP is its ability to create a brewery on a commercial scale with the quality that makes its craft beer distinctive for consumers.

What the duo found was that there are thousands of different styles and palates that suit that Indian palate that led to the team launching with five different types of beers – Belgian Blanche, American Lager, Belgian Style Tripel Beer, Bavarian Keller and Honey Ale.

The ingredients for these beers have also been sourced meticulously. The honey for the Honey Ale uses wild organic honey from Jim Corbett National Park while the sweet oranges in the Belgian Blanche come from the orange capital of the world in Valencia, Spain while the malts are sourced from Finland, Britain and Germany. “We’ve grown up in different parts of the world and wanted to share the experience with our patrons through our ingredients,” Varshnei says.

Varshnei says the idea is to create globally-known beers for the Indian audience. The company has sourced prominent names and quality ingredients to create their brews. For example, their signature Tripel Beer has been created in partnership with Pierre Gobron and Christian Bauweraert, the brains behind Belgium’s popular La Chouffe beer. In addition, a Brazilian Brewmaster, with experience in Munich under his belt, is the chief brewer at the Goa brewery where Maka Di is produced.

The distillery, too, boasts of a unique first. “We are the only craft brewery in India to have in-house quality control, microbiology, and R&D lab along with a pilot brewery for recipe development. Although we are a craft beer brand, we have our own brewing facility,” Ishan says.

With its own facility, Maka Di plans to launch new beers at a fast clip as soon as it passes the recipe stage. Ishan says the team is currently working on 50-odd recipes to see which ones could be put into commercial production. “The idea is to have 10 new craft beers every year,” he reveals.

The brewery also has plans to go green and it’s a project that Ishan is closely connected with. “We plan to go green within five years. We are looking at zero water waste and zero solid waste. We also plan to get off the electrical grid with our own renewable energy solutions in the next five years,” Varshnei says.

Utilising quality ingredients, going green and launching multiple craft beers sounds like an audacious task, especially given the rise of many other craft brewers in the country. But Varshnei is confident Maka Di will find its own audience. According to him, beer drinkers aren’t loyal to any one brand given the tremendous scope and flavours that every brewery comes up with.

Maka Di’s astronaut-themed creatives representing voyage of discoveries and the brand name Maka meaning ‘Me’ speak directly to its young consumer base. The five variants are meant to introduce beer lovers into a more global style of craft beers rather than local produce that some craft breweries have tapped into. “We have a QR code on each bottle from which there will be fun facts to learn. Our aim is to be the most eclectic craft beer brand in the country,” Varshnei says adding that brewery tours is also part of the plan to introduce consumers to Maka Di.

From retail to restaurants, the marketing team at Maka Di is ready to launch the craft beers. Starting from Goa, the team plans to introduce the brand to Bengaluru, Hyderabad, Pune and Mumbai in the coming months. The brewery also plans to export to select countries in South East Asia, Middle East and Europe.

Starting with 2000 cases per month in Goa, Maka Di plans to produce 10,000 cases in India soon. “It’s encouraging to see state governments such as Maharashtra introduce growlers. E-commerce is slated to play a big role for the industry as well. The policy is going in the right direction and we can’t wait to launch outside Goa soon,” Varshnei concludes.