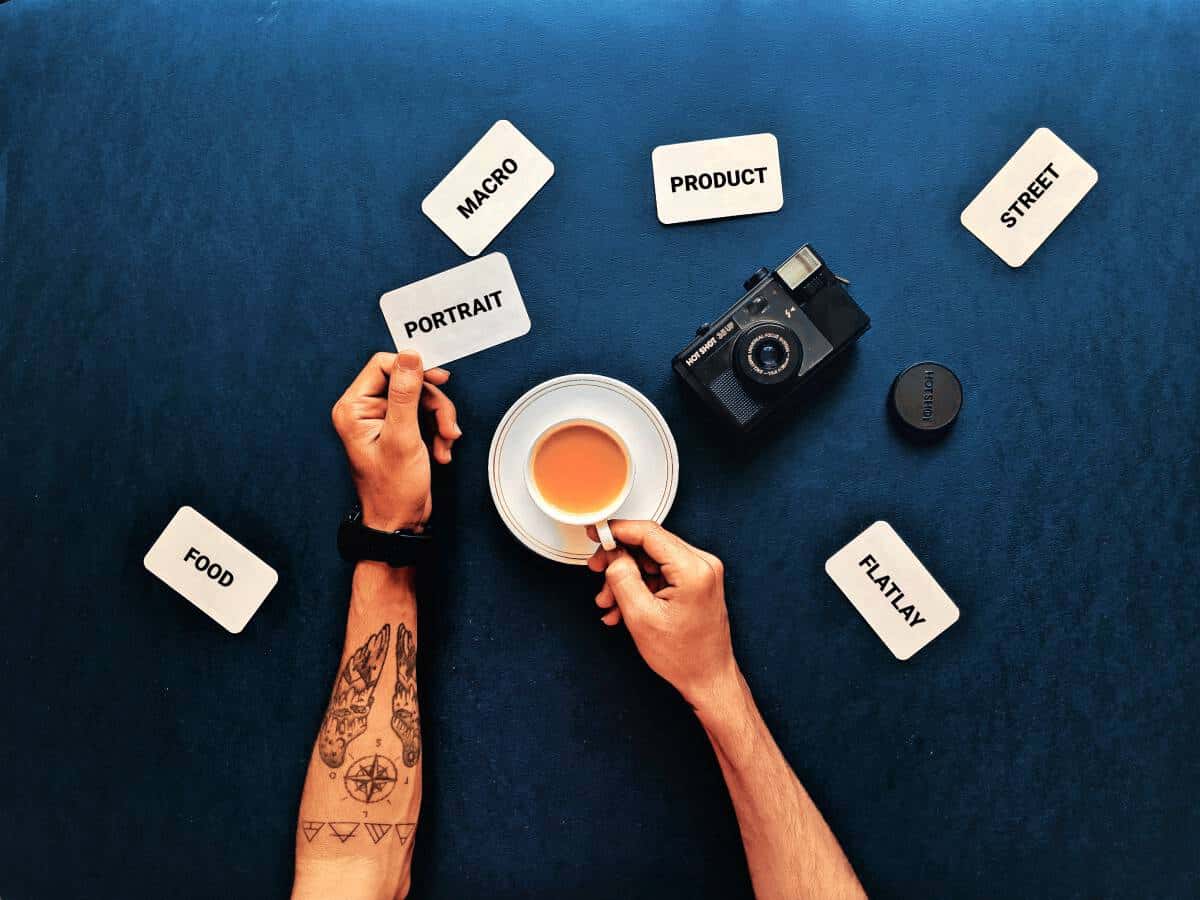 In one frame, it sits at the centre of a heart made entirely out of coins. In another, it becomes part of a rangoli design. In the third  one, it spurts out wooden spokes to resemble a ship’s steering wheel.

A humble cup of chai turns into an objet d’art in over 500 such distinct photographs featured on the Instagram page titled Zuvamart. Each frame has been composed and shot by Subham Swain, who launched the account in late 2017. Most of the photographs as well as stop-motion videos on the feed are shot on his smartphone. A study table doubles up as his shoot space. The things he buys – from chocolates to candles, magazines and books – turn into props though he doesn’t “purchase any specific thing to use as a prop”.

The initial idea, he says, was to snap a shot of a flower every day as a 365-day project. “But I knew it wouldn’t be possible to collect flowers every day and I don’t like plucking flowers. The alternate idea was to shoot a picture of a tea cup,” says the 25-year-old Hyderabad-based techie, who makes several cups of tea for himself daily.

In a freewheeling chat, Subham shares his earliest memories of drinking tea, the reason he picked blue as the backdrop, why it’s challenging to shoot with pets and perfecting the shades of tea by boiling it at different temperatures.

What are your earliest memories of sipping tea?

I was born and brought up in a joint family in Dhenkanal, Odisha. As kids, we would gather around my grandmother every morning to have tea with her. It’s one of the happiest memories of my childhood.

Now, when I make tea for myself every morning, I enjoy that quality time alone. It reminds me of home. With this account, I’m starting a tea-time conversation with each new post and trying to replicate that memory from childhood. It makes me feel as if I’m sitting with them and having a good conversation over tea.

How do you derive at the colour you want in the tea, like in the shot above?

To maintain the perfect colour, I monitor the boiling time. The tea powder that I use isn’t from any brand. I’m working on developing my own blend.

I got a lot of questions when I posted that picture. People wanted to know if it’s real or photoshopped. It’s actually real. The composition is the same in all the three cups. The boiling time is different – 16 mins, 9 mins and 7 mins respectively from left to right.

Blue backdrops feature predominantly in your shots. How did you zero in on them?

I didn’t plan much before starting this project. Initially, I would shoot a picture wherever I was at that moment. For example, I shot multiple pictures of tea in the living room, on the study table, dining table, in the kitchen and among flowers in the backyard.

Which have been some of the most challenging compositions to shoot?

Every post is challenging since all the content is original. For some, I get the idea instantly while making my tea. For others, it takes a few weeks or even a month to plan. The one with Lara was a challenging concept. It’s difficult to include pets in your shoot and get what you want but she was cooperative. In the one with my coin collection, it was difficult to create a specific shape using them until my roommate suggested the shape of a heart and I went with that.

The one with Parle G was the first stop-motion video post. It took about three hours to create the post but it got featured as a story post on Google’s handle the next day.

How do you plan to build this page?

How To Store Tea And Coffee Properly