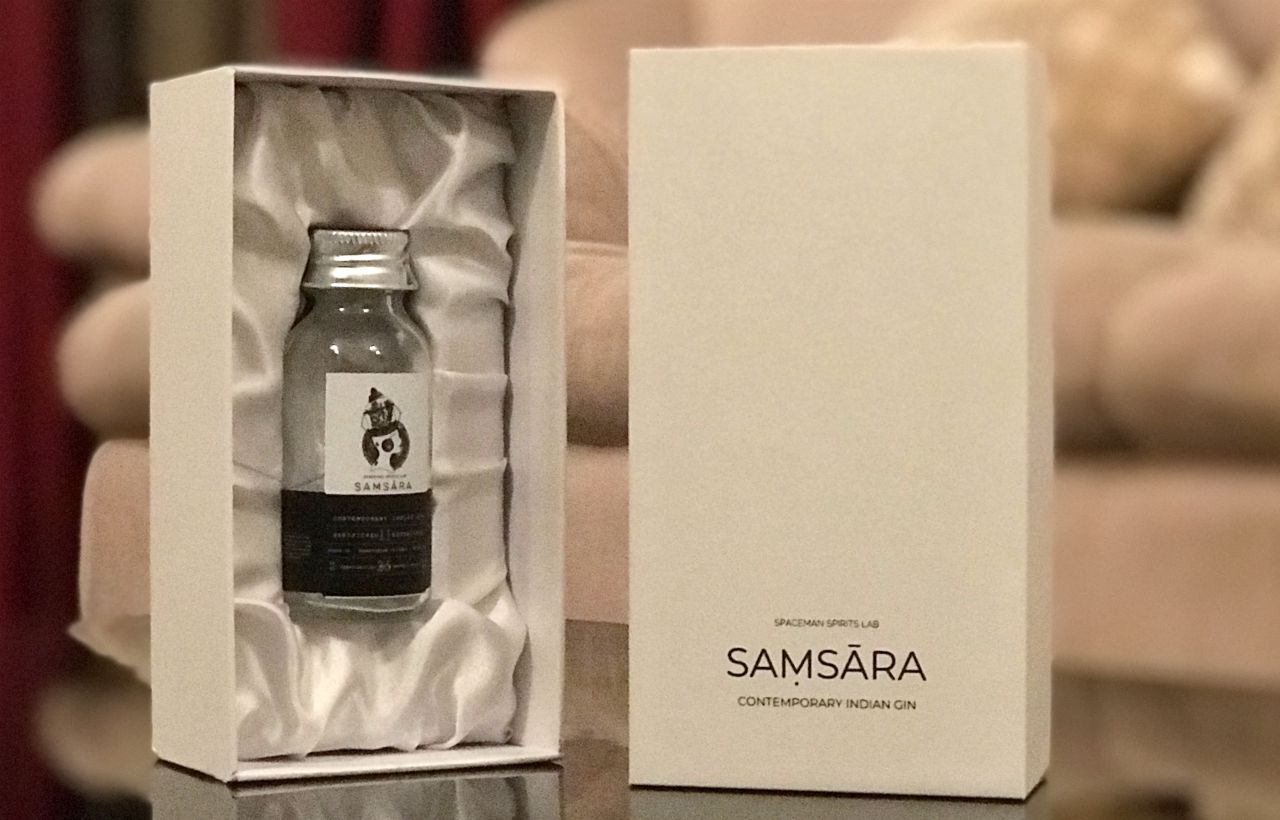 The explosion of craft Indian gin is probably the only cause of celebration in 2020. From just a couple of brands last year, we’re set to get into double digits by the end this year if all goes well. It’s not just the quantity of gins that are being launched, but also the sheer quality and variety on offer that is incredible to see. One of the most exciting new names from this list is Samsara Gin, which has just opened for pre-orders. Here’s the story of Samsara Gin and how it plans to travel from Goa to the world.

Aditya Aggarwal is young, soft-spoken, and on time for our scheduled call. As Founder and CEO, Aggarwal realises the brand value of Samsara Gin and patiently tells the background story that led to the creation of Samsara Gin. It is, as one might expect, a story of chance, discovery, and passion.

Aggarwal went from Delhi to the University of California, Los Angeles, or UCLA as its popularly known, and spent a decade in the USA, first as a student and then as a management consultant for firms like PricewaterhouseCoopers. His job had him travelling to almost 50 different countries, by the end of which Aggarwal knew where to have the best Jim Beam and Jack Daniels in the US, single malt in Scotland, and more importantly, the best gin in South Africa, Hong Kong, and Singapore.

When Aggarwal returned to India early last year, he saw a fledgling gin scene in India that was just beginning to emerge from the long shadows of other popular spirits such as vodka. He started a creative agency called Spaceman and Co at the time and decided to take his idea of having a gin brand on a whirl.

Thus began the second wave of travel for Aggarwal who went to distilleries in Goa, Haryana and Punjab before returning to the UK to learn more about the distilling process. With all the technical knowledge in place, Aggarwal returned to India only to be faced with an even bigger problem – the sheer dogged determination and persistence required to break into the alco-bev industry.

The last couple of years have been dedicated to overcoming all the obstacles Aggarwal faced until his brand was ready to launch in the Indian market. With that day finally dawning close, Aggarwal discloses what makes Samsara special saying, “We’re a hyper-modern brand rooted in tradition.”

Samsara is also a spirit-forward drink that is more of a sipping gin in the style of Hendrick’s or Stranger and Sons. “The gin has a very distinct flavour and is juniper-forward with a different sensory experience on the nose and palate as you sip,” Aggarwal says.

Its distinct flavour can be attributed to hemp, one of the 11 botanicals used to make Samsara Gin. A tie-up with Ratan Tata-backed Bombay Hemp Company (BOHECO) ensures that Aggarwal’s vision of cannabis and hemp-based wellness products will get the right push. “BOHECO is an equity partner with us and we’ve been able to use their extensive research to create our final product,” he says adding that upcoming wellness products containing cannabis and hemp will be a game-changer in the coming days. “It’s going to be as huge as it was in California in the early 90s. The industry is quite sophisticated there now and we’ll be heading in the same direction soon I believe.”

Despite being a well-established market, Aggarwal has plans to launch Samsara not just in India but in the US as well. Just like India, different states in the USA have different rules pertaining to alcohol. A partner distributor who will look into all aspects of selling Samsara Gin has already been onboarded. “All the clearances are in place and we should be able to launch in the USA by the year-end. We’re going to pioneer the online-to-sales platform in the USA,” Aggarwal says.

Samsara Gin is priced at INR 1450 in Goa and will be priced between $23 to $27 in the USA for a 750ml bottle. The bottle reveal is expected in the next few days with small-batch testers already on the way to industry professionals to try out the new gin in town. Aggarwal isn’t too concerned with the number of competitors in the market suddenly. In fact, he feels gin is still making its way into the alco-bev market in India with one thing for certain – “gin is the new vodka”.