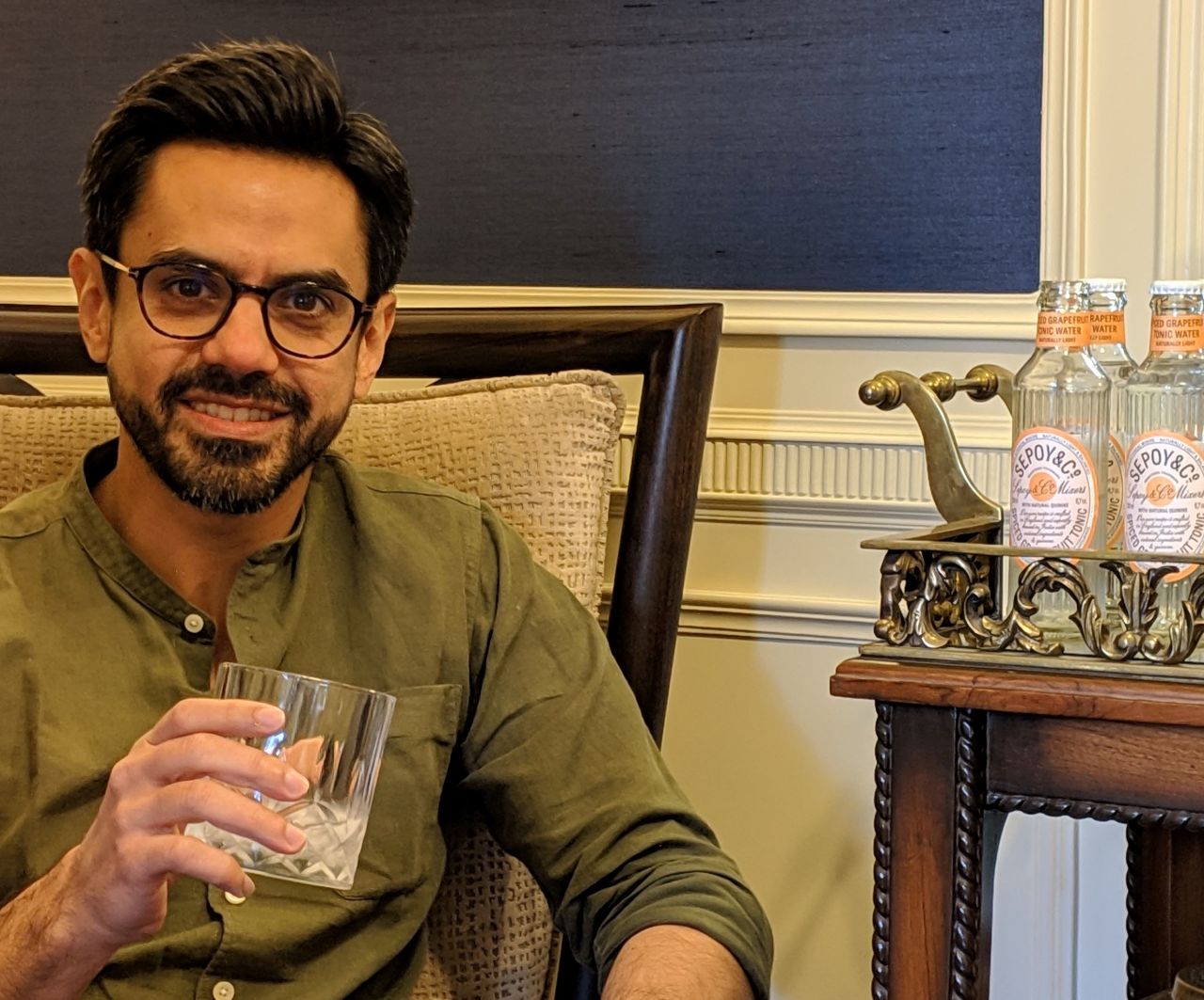 It’s been just a few days since Sepoy & Co. was awarded with the Superior Taste Awards by the International Taste Institute, Brussels for two of its tonic water variants – Elderflower and Hibiscus, its third victory in as many years. Angad Soni, the man behind the brand, gives a wry smile and says he’d forgotten when he had submitted the new variants for the awards.

Having a robust lineup of mixers and with new addition in the form of lemonade mixers, Sepoy & Co. has come a long way since it started operations four years ago. This is how it all happened.

How Sepoy & Co. Was Born

When Angad Soni was in London in 2017, he remembers bartenders recommending mixers based on the type of gin that was ordered. It was a nascent period of time back home in India with Greater Than gin taking tentative steps towards launching an Indian gin brand. The only mixer that was available back then?  You guessed it – Schweppes.

Soni was mulling the idea of introducing mixers in the country at a time when he was using his business background in an export company doing B2B for automobiles and agriculture. But one particular instant stuck with him and made him take the plunge into starting a consumer-facing business. “I saw people were bringing back good tonic water from abroad to India. That was a lightbulb moment. It was a gap that needed to be addressed,” Soni says.

Soni began working on Sepoy & Co. in 2017 but it was only at the end of 2018 that Sepoy & Co. was ready to be launched. Soni says he dedicated the time to create good tonic water and also work on the bottle branding, a step that took him to Norway. “The Sepoy & Co. bottles’ luxury look was designed in Norway and executed in India,” Soni says.

The mixers themselves were made using natural oils, premium quinine and good-quality botanicals instead of artificial sweeteners and cheap ingredients that low-quality mixers typically use. “I was clear that I wanted to use 100% natural ingredients,” Soni says.

The name, Sepoy & Co., is also a homage to Indian soldiers called sepoys or sipahis during colonial rule who are credited with inventing tonic water by mixing the bitter quinine with sugar and water to make it palatable. Sepoy & Co. is one of the most awarded tonic mixers from India and has steadily been building its repertoire as the best mixer for any gin on your shelf. It currently has five different types of tonic water mixers, namely Mint Tonic Water, Elderflower Tonic Water, Spiced Grapefruit Tonic Water, Hibiscus Tonic Water and regular Indian Tonic Water apart from Ginger Ale. Just a couple of weeks ago, it also introduced a range of Lemonade Mixers with variants like Pink Rose, Tropical and Classic Lemonade.

Soni says that the Mint Tonic is perfect for making mojitos while the Grapefruit Tonic balances the quinine’s bitterness quite well. With the Elderflower Tonic, Soni says “there was a mental psyche at play that gives you a feeling of being in London. It sort of puts you in vacation mode with GnTs in your hand”. The unique Hibiscus Tonic came as a result of Soni’s love for hibiscus tea and his need to add variety to the enchanting flower.

The most difficult recipe to crack was the Ginger Ale. To get the taste right, Soni imported ginger from Africa and some from South India. “Getting it right was challenging but the Ginger Ale is currently our highest-selling product,” he says. Soni says that tonic waters weren’t given much attention just until a few years ago. This allowed sub-par products like Schweppes to dominate the market for a long time. Positioned between colas and alcohol, no one had any data on tonic water, including some of the biggest names in the business such as consulting firm EY.

When the gin boom hit India in 2019, Soni was primed to move in. “Tonic had such a huge role to play during the gin boom. It was pretty awesome to see it all unfold,” Soni admits.

Of course, competition was always around the corner. In Mumbai, Svami was making waves with their tonic waters and newer entrants such as Jade Forest were waiting to be let in. International brands like Fever Tree weren’t far behind either.

“It’s a pleasant competition and I love what Svami has done. I think it happened organically that they got a hold in Mumbai, Goa and Bengaluru and we got North India. Svami keeps me on my toes. Jade Forest rebranded itself recently as well. We’re going to make it difficult for everybody by pushing brands to do the best they can. Together, we continue to push the bar higher and the proposition and space is interesting for all stakeholders,” Soni says. When the pandemic hit, sales from HORECA (hotels, restaurants and cafes) turned zero overnight. Sepoy & Co. quickly turned to D2C (direct to consumer) and e-commerce to grow revenues. “We cater to a pan-Indian audience now. Our best numbers come from metros like Delhi, Bengaluru, Kolkata and Mumbai and we also see good numbers from Punjab and Haryana,” Soni states.

Winning applause in India and awards internationally has also pushed Sepoy & Co. to look at exports seriously. “I wanted to create a world-class product in India. Export wasn’t on my mind but going forward, it will be a huge part of our overall strategy,” Soni says. Already, the brand is available in Singapore and London with launches also planned in Dubai, Israel, Thailand and France.

He might have been born in colonial times but this Indian Sepoy is now travelling around the world, one tonic water at a time.