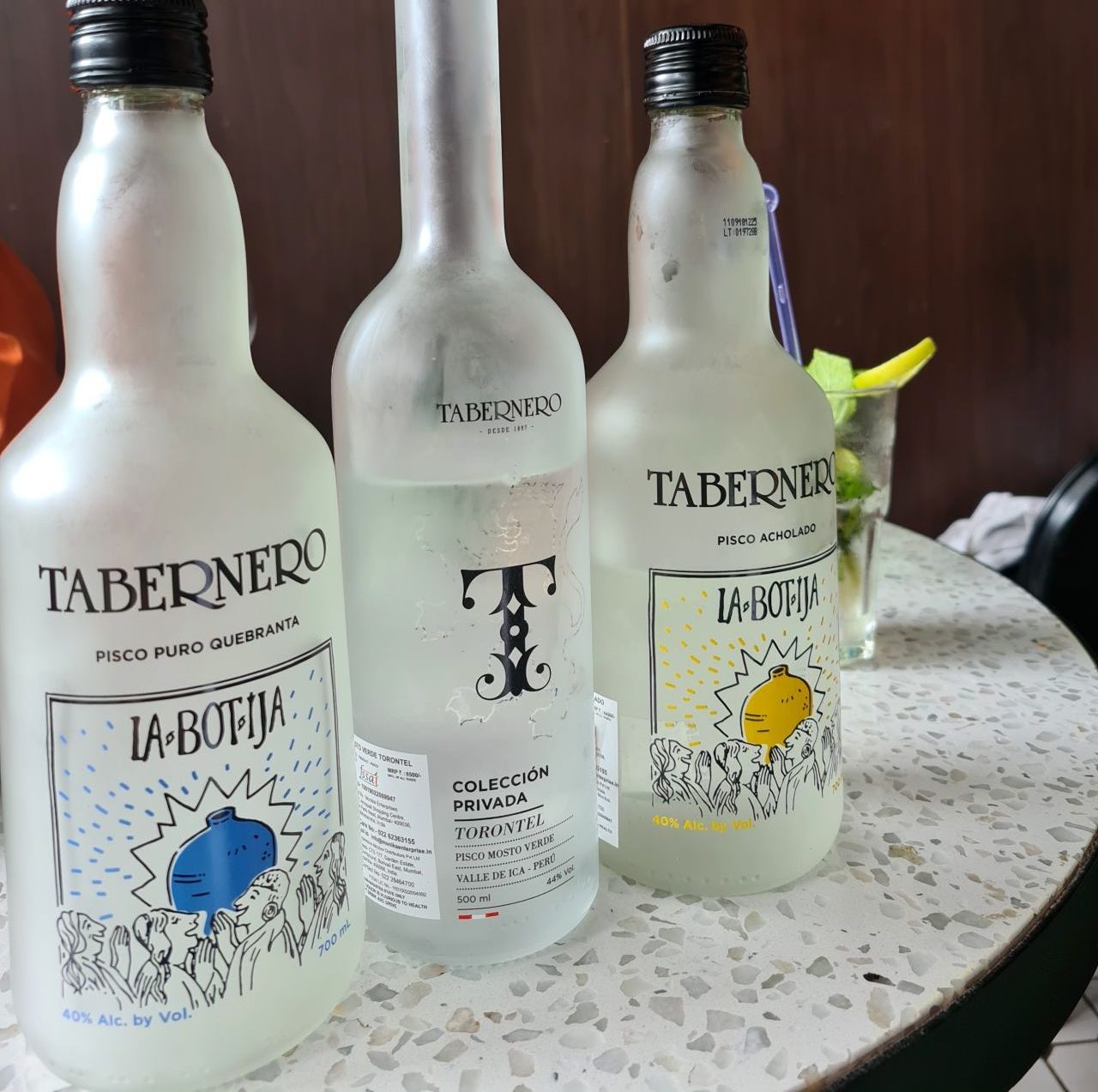 While we’ve all been stuck at home waiting for our turn to revenge travel when the world opens up with all safety precautions in place, there’s no denying that a small trip around the globe was long overdue.

Thanks to the wonder that is Pisco, we were able to do just that, as importer Monika Enterprises organised a fun tasting session of this essential Peruvian spirit for a select group of people this weekend. Led by Dushyant Tanwar, the spokesperson and authority on all things Pisco at Monika Enterprises, there were three types of Pisco waiting to be tasted along with some delicious cocktails. Held at Café Panama in Mumbai, the selection was accompanied by some thoughtful finger foods as well.

We first started with La Botija Pisco, a Puro-style of pisco that is made using only a single grape variety, in this case, it was the non-aromatic Quebranta grape, one of the largest varietals grown in Peru to make Pisco. This particular Pisco had a dry finish and taste notes of dry fruits and fresh veggies with hints of spices.

Next came the La Bojita Pisco Acholado, made with two different grape varietals. Acholado is made by mixing Quebranta with aromatic Italia grapes and has a more robust body when it comes to taste. It also has a more savoury aftertaste accentuated by its prominent fruity notes mixed with herbal and vegetal properties.

Finally, it was time to taste Mosto Verde Pisco, which is made from partially fermented must. This means that the distillation is completed before the fermentation process turns sugar into alcohol. We tried the one made with Torontel grapes and found it to be the most flavourful of all. This one had notes of lemongrass, chamomile, citrus, and even some jasmine. The sweetness and herbaceous nature of this Pisco made it truly worth savouring.

No Pisco tasting can be complete without some Pisco Sours to go with it. The tasting session had three different types of Pisco Sours for guests. The regular Pisco Sour, made with La Botija Pisco, lemon juice, sugar syrup, egg white, and aromatic bitters, was a great way to start the cocktail session off, but the next two were pleasantly surprising as well.

The Lima Sour, with the addition of Thyme Grape cordial was a nice herbaceous twist to the regular Pisco Sour. The Amazonian Sour, on the other hand, had some Banana Parsley Puree and a hint of espresso added to a regular Pisco Sour, making it a bold explosion with the very first sip.

Apart from these, there were a couple of other cocktails as well. The P&T was a simple La Botija Pisco and tonic cocktail garnished with a slice of pineapple that was surprisingly refreshing on the palate. The Chilcano, made with La Botija Pisco, lime juice, aromatic bitters, and ginger ale was reminiscent of a Highball but with Pisco in it. Once again, this was a nice, refreshing cocktail to sip between all the dishes, such as Pulled Chipotle Brisket Quesadilla, Corn Gnocchi, Truffle, Potato and Onion Flatbread, etc. laid out in front of us.

With all the food and cocktails tasted, we came back to base even as we wished to be transported back to the land of llamas and piscos once again.