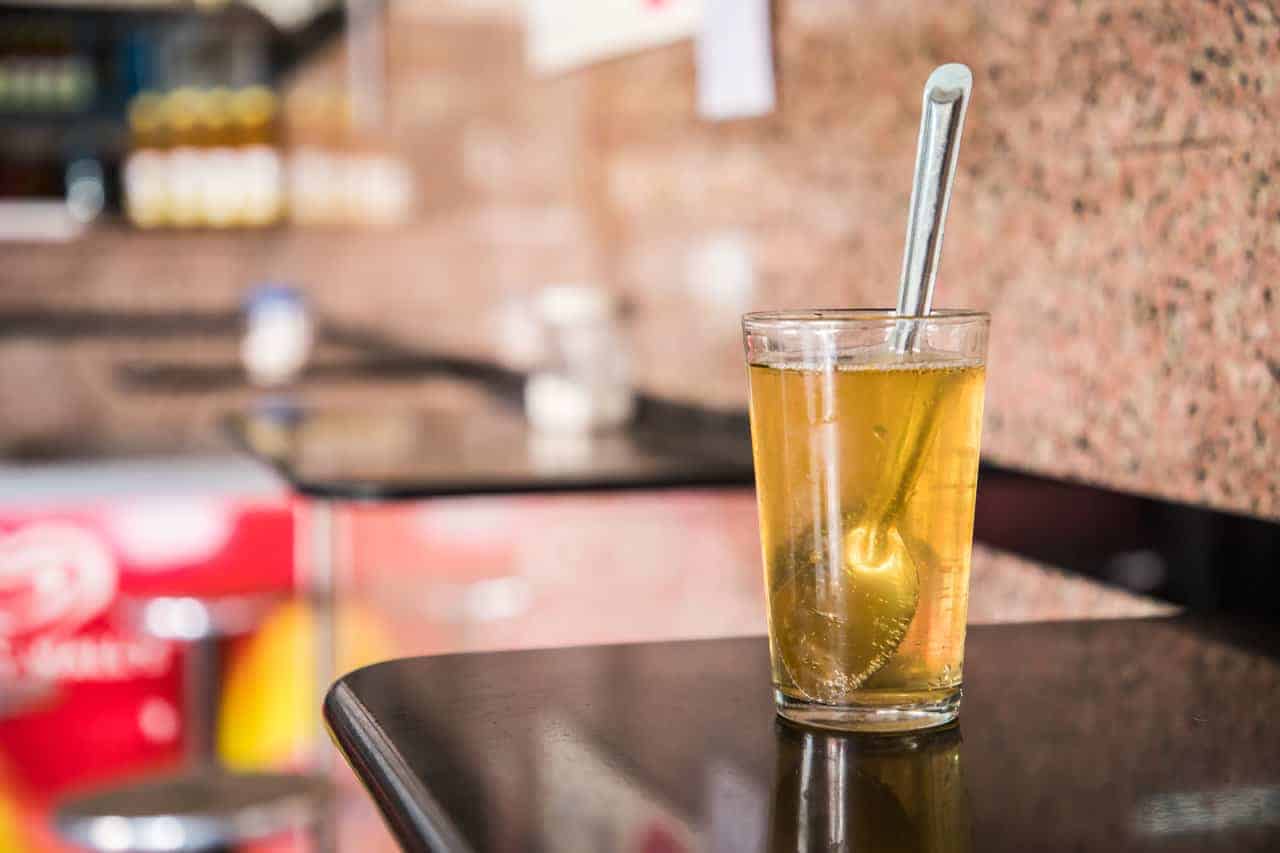 Like most Irani cafes and stores in Mumbai, Davar And Co. stands on a rounded corner straddling two busy lanes on the chaotic stretch of Null Bazaar in Charni Road. With tiled walls and a few modest stools strewn on the floor, the entire place has a nondescript feel. Most passers-by would be surprised to learn that Davar And Co. is one of the oldest cold drink shops in Mumbai.

On a sweltering summer morning, passerby peep in to browse through its menu — written in bold letters on a board hanging from the ceiling. It features a list of sharbats (derived from the Arabic word ‘sharba’ meaning ‘drink’), squashes, falooda and carbonated beverages.

Among the sharbats, there are flavours such as kesar, kala khatta, raspberry and pineapple. Falooda varieties include gulab and butterscotch while orange and kokum (spelt on their bottles as ‘cocum’) feature on the list of squashes. Modern concoctions like ginger-lime and lemon-barley are on offer too.

Amidst these regular drinks sits an unusual syrup called Sekanjabin. This ancient Persian syrup is often served ice cold as a welcome drink in Iranian homes during the hot summer months. It is also offered with meals. “It’s a very refreshing and cooling drink. It remains one of our bestsellers, especially during summers,” says Boman Hamidani, the third-generation owner of Davar And Co., which was launched by his grandfather Behram Hamavand and his uncles back in the 1940s. The family had migrated from Yazd in Iran to Mumbai and started the cold drink shop right where it stands today.

“I believe that since Sekanjabin was part of their meals there, they started making it here as well,” adds Boman. Davar and Co. is one of the few shops in Mumbai where you’ll find Sekanjabin. A glass costs Rs 20 and a 700ml bottle sells at Rs 80.

The concentrated syrup constitutes three main ingredients – vinegar, sugar and herbs, mainly sprigs of mint. The concentrated sharbat is diluted with water or soda. “It can even be used in mocktails or cocktails,” says Boman, offering us a glass of Sekanjabin sharbat topped with soda.

As the fizz settles, the drink reveals its beautiful, amber hue and heavy sour notes arising out of the vinegar’s acidity, tinged with a hint of sweetness. To make this drink, says Boman, mint is first fermented in vinegar and then the mix is boiled with sugar syrup to form the concentrated liquid.

Derived from the Persian term ‘serkeh’ (vinegar) and ‘angebin’ (sweetness), Sekanjabin literally means honeyed vinegar. Most modern recipes, however, substitute honey with sugar and use either red or white wine vinegar. Some top it with shreds of grated cucumber too.

The drink traces its origins to the ancient times, with its recipes finding a mention in The Fihrist of al-Nadim penned in the 10th century and An Anonymous Andalusian Cookbook of the 13th century translated by Charles Perry.

According to this Persian cooking and culture blog, Sekanjabin is also praised in the canons of medicine written by the significant Persian polymath Ibn Sina (Avicenna). “We often have it after a meal because it aids digestion,” says Boman. Old records suggest that having the syrup sans mint helps calm jaundice fever when diluted with hot water.

Getting High In The Himalayas With Arak

What’s interesting is that unlike other sharbats, Sekanjabin is also had as a dip with fresh and tender romaine lettuce. This crunchy and healthy snack-time delight, called Kahoo va Sekanjabin, is often part of the Iranians’ summer picnic baskets.

Steeped in the history of Iran’s culinary heritage, Sekanjabin may be an old-fashioned thirst quencher but it continues to enjoy a loyal following. Boman tells us Davar And Co. manages to sell about 1,500 bottles of the syrup per year.

So, as the temperatures soar, make your way here, order a glass of Sekanjabin and raise a toast to the drink that has soothed parched throats, cured aching bodies and become part of meals and memories that have been cherished for centuries.