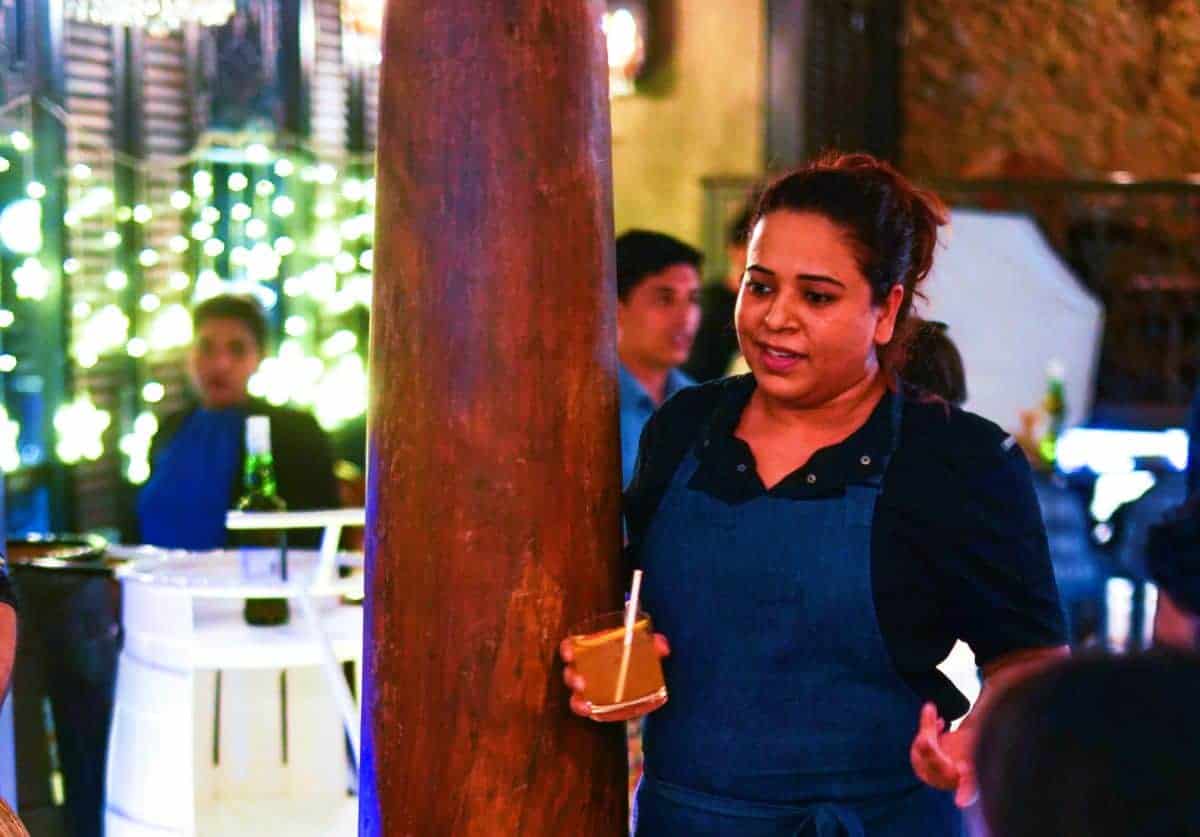 There was no choice really. Once you looked at the cocktail menu especially curated for the night, the only drink that stood out was the El Dorado. Who, after all, could resist a combination of cinnamon liqueur, mint sprigs, grapefruit and lime juice paired with Black and White 12-Year-Old infused with Moroccon tea?

Black and White 12-Year-Old along with Food Talk India worked with partner restaurants in an attempt to give whiskey lovers a chance to sample some never-before-tried cocktails using the Black and White 12-Year-Old. Uno Mas was one of the partner restaurants and the cocktails curated for the event were a big part of the draw that saw many diners enjoying the four-course-meal paired with three different cocktails.

Chef Pallavi Jayswal says that the idea was to try and pair the Spanish restaurant’s cuisine with a whiskey that had many takers in South America. “When we were approached for this, the idea was to see if it was a match for us. With us, it’s all about tapas and sharing and the Black and White 12-Year-Old has the same philosophy so thematically we were in sync,” Jayswal added.

Once the decision was made, Jayswal said that it took almost a month before the cocktails were finalised. A lot of it had to do with the menu but also the fact that Black and White 12-Year-Old is a popular whiskey in Latin America, whose influence at Uno Mas is unmistakable.

Jayswal decided to bring out the big guns to complement the cocktail menu. “During my Indigo days, the Lobster Bisque recipe was a closely guarded secret. But I wanted to pair the cocktails with it so we put it on the menu,” she said. Indeed, the broth’s buttery flavour travelled much before the dish made its way to the table. It was a masterstroke as well as a monster of a dish that won approval from almost everybody.

The second cocktail of the evening was called The Three Musketeers that combined Black and White 12-Year-Old with Orange Juice, Lime Juice, soda and cinnamon syrup. The cinnamon syrup was the key to this cocktail as two back-to-back glasses of the cocktail showed. The first glass was perfectly proportioned and made for a compelling drink. But when the repeat order came up, there was an overdose of the cinnamon syrup that skewed all the other ingredients leaving a heavy cinnamon aftertaste. Paired with Paella that was all about sharing straight from the pan, The Three Musketeers was a drink you’d gladly go back to when served in the right proportion.

The third cocktail of the evening was Romeo and Julep, a refreshing drink that stuck to familiar ingredients like Lime juice, Sprite, Mint leaves and soda along with the Black and White 12-Year-Old whiskey. While all the three cocktails had their takers, its signature cocktail El Dorado was by far the most popular one.

The dinner experience ended with a decadent tiramisu that seemed out of place on the menu when you first saw it but ended up being the perfect dessert to close the evening. Once done, in true spirit of the sharing philosophy of both the brands, there was a lot of intermingling with everyone feeling happy about the dinner and cocktails.

Exhausted from service but upbeat after receiving a great response, Chef Jayswal said that the modern cocktail originated in Cuba, a Latin American country. It was a fitting response to the crowd at Uno Mas who enjoyed the Spanish dinner and cocktails with Jayswal promising there was a lot more to come at Uno Mas.

“We’ve been operational for about six months now. In a couple of months, we will revamp the menu and also add a Gin and Tonic menu to our bar section. We’re just getting started,” Jayswal signed off.