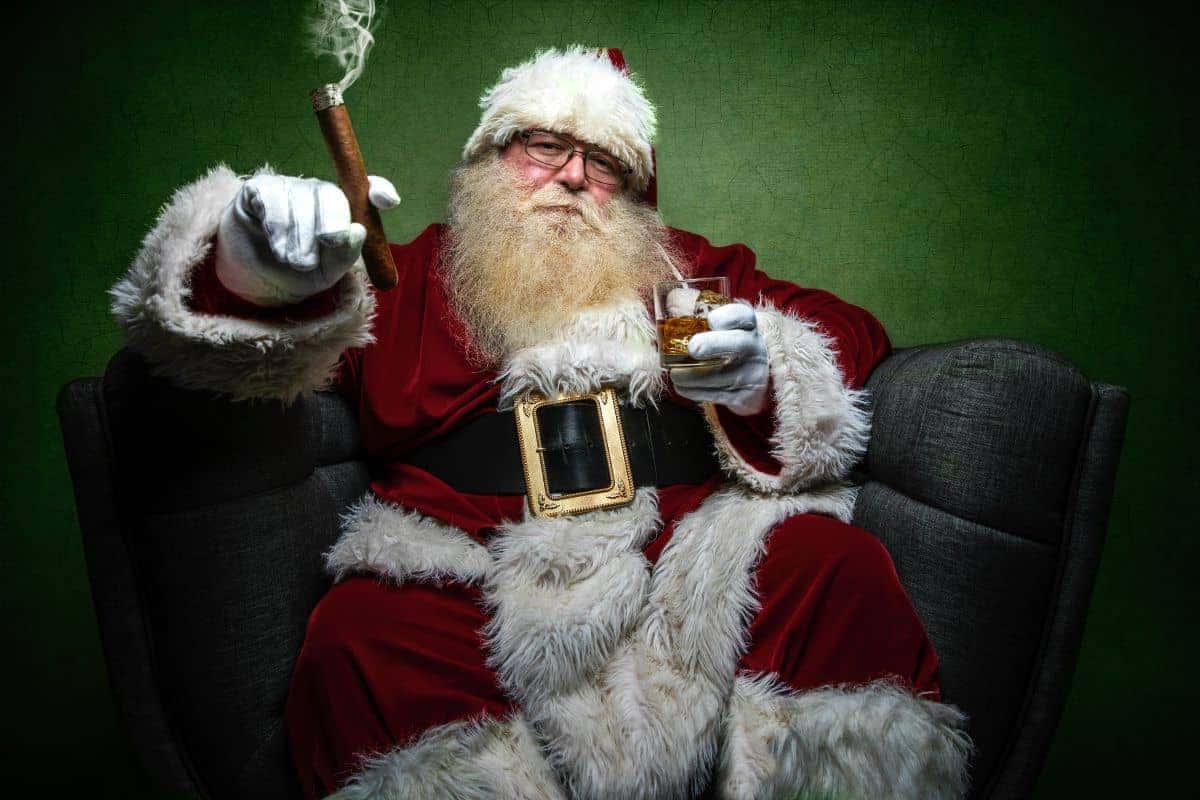 Did you know Santa Claus is involved with the production of the world’s strongest beer? It’s true and the beer in question is called Samichlaus, which is even named after Santa Claus.

Samichlaus, in fact, is brewed only on the 6th of December every year and is then aged for a good 10 months before it is bottled. It’s kind of like Santa Claus who works once a day and then takes the rest of the year off.
Samichlaus boasts of being one of the strongest lager in the world with an alcohol content of a staggering 14%, which automatically qualifies it as an Extreme Beer. The Christmastime brew is named for the Swiss-German translation of “Santa Claus”.

Samichlaus originated in Austria, that tiny European country that has the credit of creating a variety of beer varieties, namely the deliciously frothy Marzen, lightly-hopped Pils, a seasonal Bock among others. The beer is brewed at Castle Brewery Eggenberg in Vorchdorf, Upper Austria.

Now to the burning question. Why is Samichlaus only brewed on 6th December every year? Well, its’ St. Nicholas’ feast day. Who is he? Think of him as the patron saint of beer. According to popular legend, Nicholas was a resident of Myra in Turkey and lived sometime in the first half of the fourth century and died between 42 to 350 AD.

He is most famously associated with the Legend of the Three Clerics, where three church scholars were killed by the innkeeper because of a monetary misunderstanding. Nicolas, who was in disguise, is believed to have invoked the god’s name and resurrected the church scholars. Ever since, he became known as St Nicholas and the patron saint of brewers as well as travellers.

What makes Samichlaus so high in alcohol you ask? Let’s break it down – the stuff that makes this the world’s strongest lager is the yeast. The yeast churns through the sugar before maxing out at about 10 percent alcohol. This is when a secondary yeast – a sort of super yeast – came into play to further push Samichlaus to the magic number of 14 percent alcohol. This process takes another 10-14 days before the final product is left to age in cool cellar vats for about 10 months.

Everything You Wanted To Know About Thirsty Fox Ciders

Just like Santa Claus, Samichlaus goes into hibernation mode for the next 10 months before awakening again just in time to spread some good old Christmas cheer.

If you ever make it Austria or its nearby region during winter and get a chance to sample Samichlaus, look up to the skies for St Nicholas and try the world’s strongest lager. It’ll be a Christmas gift you won’t forget in a hurry.

Images used are for representational purposes only. All images from Unsplash.