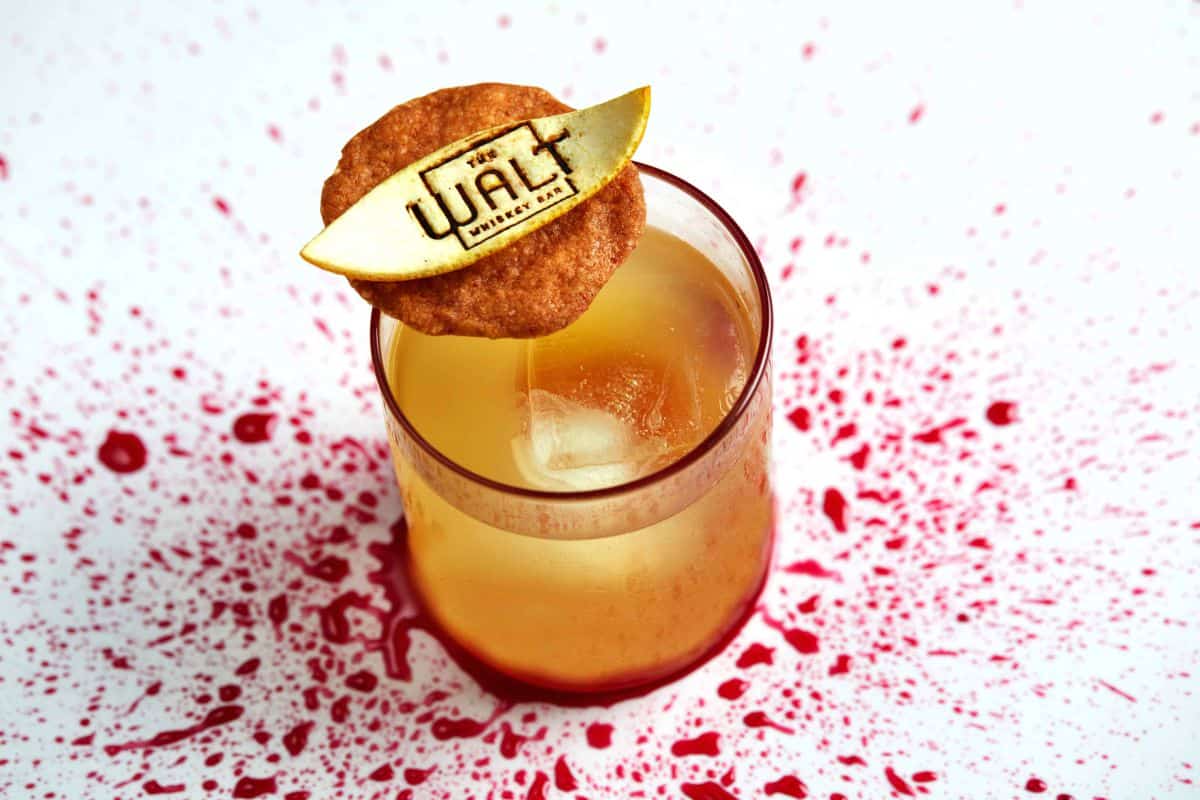 With gin taking over the world of spirits at an alarming clip, it was amazing to see things going back to gentlemen’s times with the launch of a whisky bar at The Park’s latest outpost – a whisky bar called The Walt where we went to check out some of the drinks on offer. Read on to know if The Walt is worth your time.

As soon as you enter The Walt, you are greeted with the bar at one corner calling you out to be explored. The seating and lighting compliment the premium bar experience that The Walt seeks to give its patrons. Even if it seems like the space is restricted at first, once you sit and begin your experience, the drinks blend with the ambience seamlessly. It also helps that you are never too far from the servers who are knowledgeable and eager to help you pick the right drink.

We tried a few whisky cocktails recommended by Samuel Henry, the assistant restaurant manager at The Walt. The first one was Tom and Jerry, a peanut butter infused whisky that instantly caught our attention with other ingredients like basil, aloe vera, cucumber, soy and whey offset with some Thai chilli syrup. And while there was a fear of the cocktail becoming overly sweet, the whisky and chilli syrup acted as perfect foils to make Tom and Jerry a drink worth trying out.

Smoke and Salt was another whisky cocktail that stayed with us. With fruity flavours like orange, peaches and apricots mixed with Scotch whisky and vanilla syrup topped with salted caramel foam, this was a cocktail that was as far from traditional whisky cocktails. In fact, it wouldn’t be unfair to call it the sangria version of whisky with its fruitiness mixed with whisky. A must-try if you’re looking for a bold whisky cocktail.

We also tried an off-menu drink called Sesame Sour, one of the bestsellers from Meishi, the hotel chain’s Asian restaurant. A creative take on Whisky Sour, the cocktail mixed whisky, ginger, egg white with black sesame syrup, making it a drink that burst with umami flavours from all directions. Needless to say, it quickly became one of our favourite cocktails.

The Walt also has an impressive selection of Indian and foreign brands – something that whisky connoisseurs will love. From some of the most-known Bourbon brands to a sizeable selection of single malt whiskies from Scotland and even Japanese whiskies like Togouchi and Yamazaki, The Walt takes its claim as a whisky bar seriously.

We also tried a few finger food items to go with our whiskies with the staff being attentive and courteous to us. From Lamb Kofta Tzatziki to Bhujing-style barbeque chicken skewers among others, the food complimented the cocktails quite well. However, there is a lingering feeling that the food menu seems like an afterthought rather than something that would compliment the cocktails. A world-tour of food items in a bar that sets expectations high with whisky cocktails inevitably falls a little short of complimenting the drinks themselves.

For true whisky aficionados, The Walt is sure to become your next best spot to try whiskies from around the world. The whisky cocktails are creative and well-thought of as well so even newbies can be introduced to the world of whiskies without getting to the hard stuff right away.

Food options could be better thought of