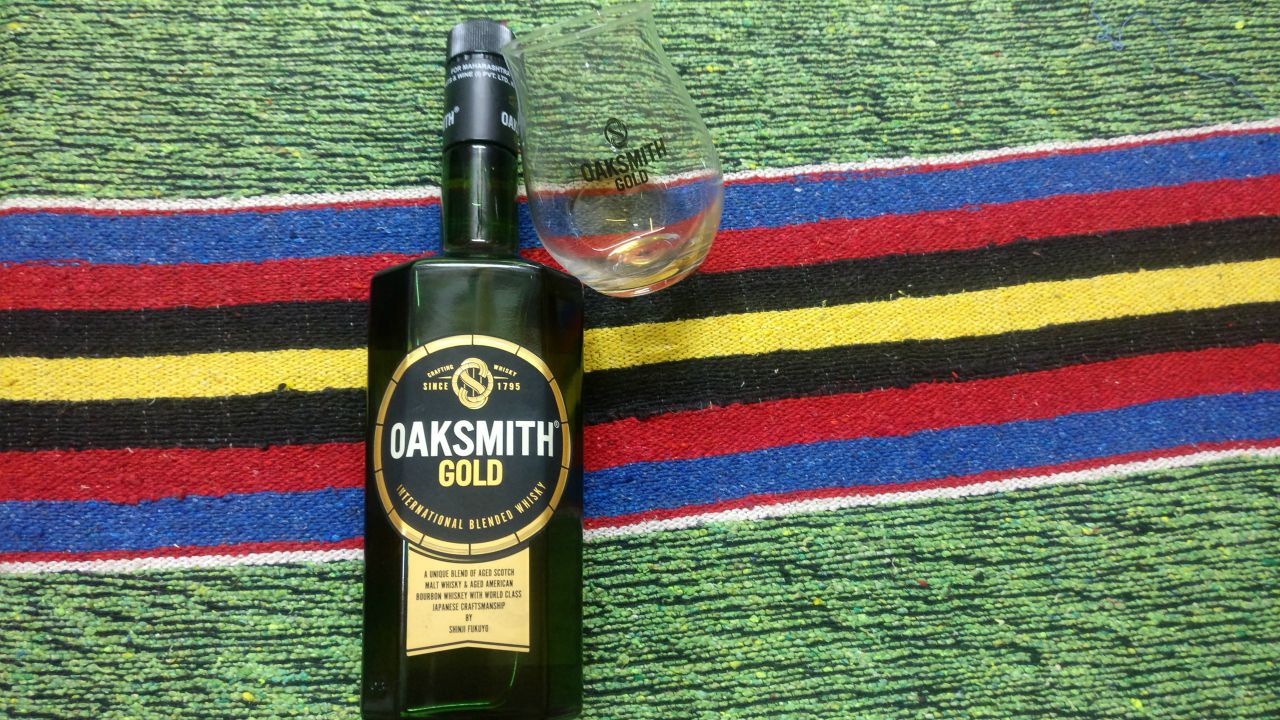 For whisky lovers, the choice of their tipple comes to two things – the occasion and the price of their favourite spirit. Generally, for grand occasions, one would break open the Scotch whisky they’d been preserving for precisely that moment while for an everyday tipple, a generic brand would do too unless you’re too picky.

Oaksmith Gold presents a pleasant conundrum to both these segments. It’s a rare blend of East and West that has been made especially for the Indian consumer, making it a compelling choice as a whisky that’s global in aspiration and local in its taste profile. So how does it stack up on tasting? Let’s find out.

Before we get into the tasting, it’s important to know a little more about Oaksmith Gold. This whisky comes from the house of Beam Suntory, part of Japan’s Suntory Holding Ltd and is the company’s first foray into the mass-premium segment of Indian whisky lovers. Some other brands that belong to Beam Suntory include the decidedly more-expensive Islay single malts Bowmore and Laphroaig and Japanese whiskies Hibiki and Yamazaki.

Oaksmith Gold, on the other hand, competes with Diageo’s Signature and Pernod-Ricard’s Blender’s Pride in terms of pricing. Where Oaksmith Gold scores is in its blend that has a heavy touch of inspiration from Japan.

Oaksmith Gold owes its origin to Shinji Fukuyo, the Chief Blender at Suntory, specifically for the Indian market. What this means is the whisky can be had by mixing it with water and soda, the way most Indians prefer drinking whisky – something that Fukuyo found out on his visit to the country before creating the blend.

Named after the oak barrels in which the whisky has been aged, Oaksmith Gold is made by combining Scotch from distilleries in Scotland, bourbon from America and is put together with signature Japanese craftsmanship to create a distinct whisky for the Indian market.

With so much going for it, expectations from Oaksmith Gold are pretty high. Let’s see how it holds up.

On first pour, the nose picks up woody and fruity notes right off the bat. The woody notes are more pronounced while a second sniff reveals distinct notes of berries and plums on the nose. The combination gives a very distinct flavour to the whisky on the nose and definitely heightens the actual tasting experience.

When had neat, the smooth overtures of the whisky, especially at the back of the throat, are hard to ignore. This smoothness plays well with the honey and flowery notes that the spirit gently releases. It flows softly across the palate as there is no single flavour dominating the entire experience.

On adding a few drops of water, the smokiness drops considerably but the other flavours are still recognisable on the palate. A lot of people don’t really like smokiness that envelops and dominates the entire taste of a whisky. Sure, many barrels produce some wonderful aromas that connoisseurs love but for the average Indian whisky lover, the two most important things are a palatable taste and low price. Suffice to say that Oaksmith Gold scores on both fronts with aplomb.

In fact, if you’re a fan of peaty smokiness, then this isn’t the whisky for you. This isn’t a deal-breaker in any way. In fact, the soft smoothness of the drink is what would encourage a larger number of Indian whisky lovers to try Oaksmith Gold since it’s not defined by any one style.

Beam Suntory’s play on the mass market with Oaksmith that consists of two expressions is sure to yield rich dividends. The company seems confident about its product success as well. It has set a target of turning into a billion-dollar enterprise by 2030 with its premium brands contributing 50 per cent to 60 per cent to its bottom-line and Oaksmith alone contributing 40 per cent to 50 per cent.

Of the two expressions, the basic Oaksmith is priced at INR 840 while Oaksmith Gold is priced at INR 1375 in Mumbai. The brand is currently available in Maharashtra and Telangana with expansion planned in the months ahead.

There’s no denying that Oaksmith Gold is a rich and smooth blend that might even compel some to try more premium brands going forward. The strategy is in place, all that remains is the execution.

Note: Gurgl received a sample of Oaksmith Gold and reserves the right to an independent review as per its editorial policy.

Limited availability across the country