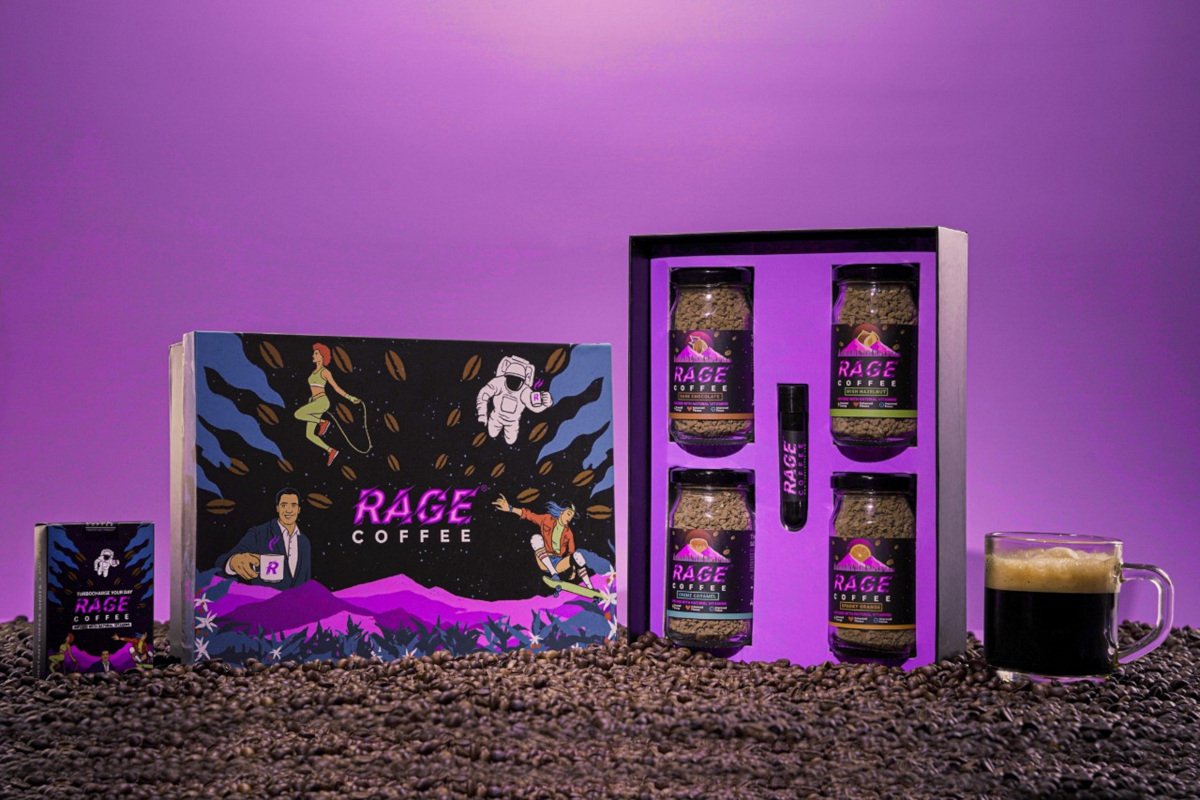 For a long time now, legacy companies held a monopoly over the instant coffee business in India. Their chicory-laced instant coffee variations made the beverage accessible to everyone but came at the cost of authenticity. Even today, the average Indian would associate coffee with Nescafe, the leading instant coffee maker in the country.

A new instant coffee company wants to shake things up and bring back the original taste of coffee, known for its instant kick that has always remained elusive in the world of instant coffee. Rage Coffee, with its plant-based vitamins coffee and proprietary crystallisation technology, promises to boost energy, aid fitness and eventually, overturn the world of instant coffee with its approach towards giving the coffee kick from its beans sourced from Ethiopia and India.

Bharat Sethi, who founded Rage Coffee in 2018, was interested in coffee as a pre-workout drink. The functional purpose, however, “was lost in the world of Nescafe Gold and Davidoff instant coffees”. Sethi quickly figured that the market was ready for a “fundamentally different product” and set to work on creating Rage Coffee.

With fitness in mind, the coffee was designed to give metabolism, fitness and energy without the jitteriness and the acidity that comes with regular consumption of instant coffee. Sethi looked to the US market for inspiration and before long, he saw the rage (pun not intended!) around Bulletproof Coffee and decided to follow their lead. “We wanted to keep the caffeine kick intact but it was a challenge that no one had cracked until that point,” he said. What followed would take Sethi and his team around the team before Rage Coffee was born.

AROUND THE WORLD COFFEE

With the idea for caffeine kick sorted, Sethi and team tried to crack open the problem of making instant coffee that would have the mouthfeel and aroma of roasted coffee. They hit upon the idea of crystallisation rather than using powder coffee. Sethi says the team almost gave up but then cracked it by using homogenised coating and infusion of brain vitamins in solid format.

Then they stumbled on to the next hurdle. Finding the plant-based vitamins that would add to the taste of coffee took the team to the edge of the earth. While some of these vitamins, such as US FDA registered Theanine, a tea extract that helps with anxiety and Glutamine, an amino acid used for biosynthesis of proteins were in the public domain, some others were not on the radar at all.

Chief among these is Rhodiola Rosea, which helps with various stress conditions and comes all the way from Siberia! Other plant vitamins include Bacopa Monnieri that helps with cerebral blood flow, Panax Ginseng that increases endurance and stamina and Ginkgo Biloba, a living fossil consumed for hundreds of years.

The coffee itself was sourced from Harar in Ethiopia initially although now the company uses Chikmagalur beans as well. “A lot of essence is lost when you go from ground coffee to instant coffee. In blind tastings, we found Harar coffee came close to the coffee kick we were after. We got a high-quality coffee experience for a slightly higher price basically,” Sethi says.

The formulation and coming up with different varieties took some more time once all the ingredients were in place. Post that, the packaging and approvals took some more time during which Rage decided to opt out of coffee sachets that other instant coffee makers have cornered the market with. “We wanted to build something around convenience and coffee shots aligned perfectly with that objective,” Sethi said.

The company did a soft launch between September 2018 to December 2018 to get proof of concept. Sethi says they got extreme reactions from one in five people during the launch. “If 80% of people believe in the product that was a great sign. The only constant feedback has been to bring down the pricing,” he adds.

To beat the price-sensitive Indian market, Rage Coffee is looking to expand to the UK and EU market and is already available on Amazon US.

Rage Coffee is available in glass jars and test-tube like coffee shots for on-the-go convenience. Its four varieties include Sparky Orange, Crème Caramel, Dark Chocolate and Irish Hazelnut. The coffee shots just need you to add 225 ml of hot or cold water/ milk to make an instant cup of coffee.

The company has recorded massive sales during the pandemic. As Sethi says, “Our offline sales were nil in April 2020 and today we’ve recorded about INR 30 lakhs from the channel so far with a differentiated model that includes HORECA (hotels, restaurants and cafes) and supermarkets.”

Rage Coffee has also used online channels such as the Cred app to sell its products effectively. Sethi, who considers cafes and not other instant coffee makers as the real competition is now gearing up for the next phase of the company’s expansion plan.

Earlier, Rage Coffee had decided not to go about setting up a roastery or launch with coffee equipment. Going forward, the company plans to launch new products such as Cold Brew packets and also come up with equipment for the home brewer.

There are also four more varieties coming soon from the brand. These include Mint Mocha, Chai Latte, Butterscotch Delight and Vanilla Punch.

As Sethi concludes, “We are building a brand for the next generation of coffee drinkers.”