When Imran Khan was launched in Jaane Tu.. Ya Jaane Na more than a decade ago, the term that his marketing team used to describe him was ‘chocolate boy’. Perhaps the team was hoping that the term, which had been used to great effect when his uncle Aamir Khan was belting out hits in the 90s, would rub off on the young new star too.

Indeed, chocolate boy is the endearing term used to describe non-threatening, simple and good-looking guys. There can’t be any problems with those virtues in a man, right? Well, no. But there is a problem with the term ‘chocolate boy’.

You see, chocolate is derived from cocoa and the cultivation and farming of this plant has seen a two-fold attack over millenia. First, it was Spanish Conquistadores who pillaged through Aztec civilisations in South America after getting a taste for chocolate and other amazing goods produced by indigenous tribes on the continent.

Then, it was European colonisers who began to exploit cheap African labour to mass produce chocolate and make it popular across the world.  It has continued with big multinational companies such as Nestlé being accused of profiteering from chocolate grown illegally in African countries like Ivory Coast and Ghana.

It’s not the only company to benefit from illegally grown coffee. This exhaustive Washington Post report details how companies like Mars, Hershey and Nestlé came together to stop child labour on chocolate plantations but have yet to act in any meaningful or impactful way.

Here’s one of the most damning paragraphs from the article, “The world’s chocolate companies have missed deadlines to uproot child labour from their cocoa supply chains in 2005, 2008 and 2010. When asked (in 2019), representatives of some of the biggest and best-known brands — Hershey, Mars and Nestlé — could not guarantee that any of their chocolates were produced without child labour.”

At a time of reckoning in the United States over the death of George Floyd by police officers, we need to mobilise support against illegally harvested and sourced chocolate. Black Lives Matter is a trend that has been waiting to happen for decades, given the historic injustices faced by the Black community in the US. Equally true is the fact that the reckoning in the chocolate industry has been waiting to happen since 2005 but has yet to see any difference.

Addressing someone as a ‘chocolate boy’ when young boys are slaving to produce chocolate is wrong on so many levels. I propose we change ‘chocolate boys’ to something that reflects the true state of chocolates and instead call it ‘bitter harvest’ or something along those lines.

We also need to make big companies accountable by calling them out on their lack of action at every given opportunity. We can also hurt them by consciously choosing products that come from small farmers and those that are sourced locally. Bonus marks if they are fair-trade certified.

By making small changes, not only will we get a more varied experience of chocolates that are out there, but we will indirectly send a message to corporations that we are done with their exploitation in the name of chocolate.

Neat-Picking: Drinking The Heavens In The Fault In Our Stars

At Gurgl, we’ve been championing locally grown chocolate brands and have called out chocolate’s dark side earlier. We remain committed to a fair and just world, one where chocolates are made sweet with best practices rather than corporate gluttony.

At a wine and dine event organised by Jacob’s Creek at the fabulous Magazine Street Kitchen in Mumbai a few months ago, Imran Khan was one of the invited guests and over a fabulous dinner, he sat with others without any fuss and no one bothered him. The world doesn’t need chocolate boys any more. 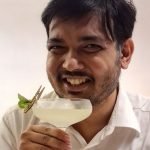