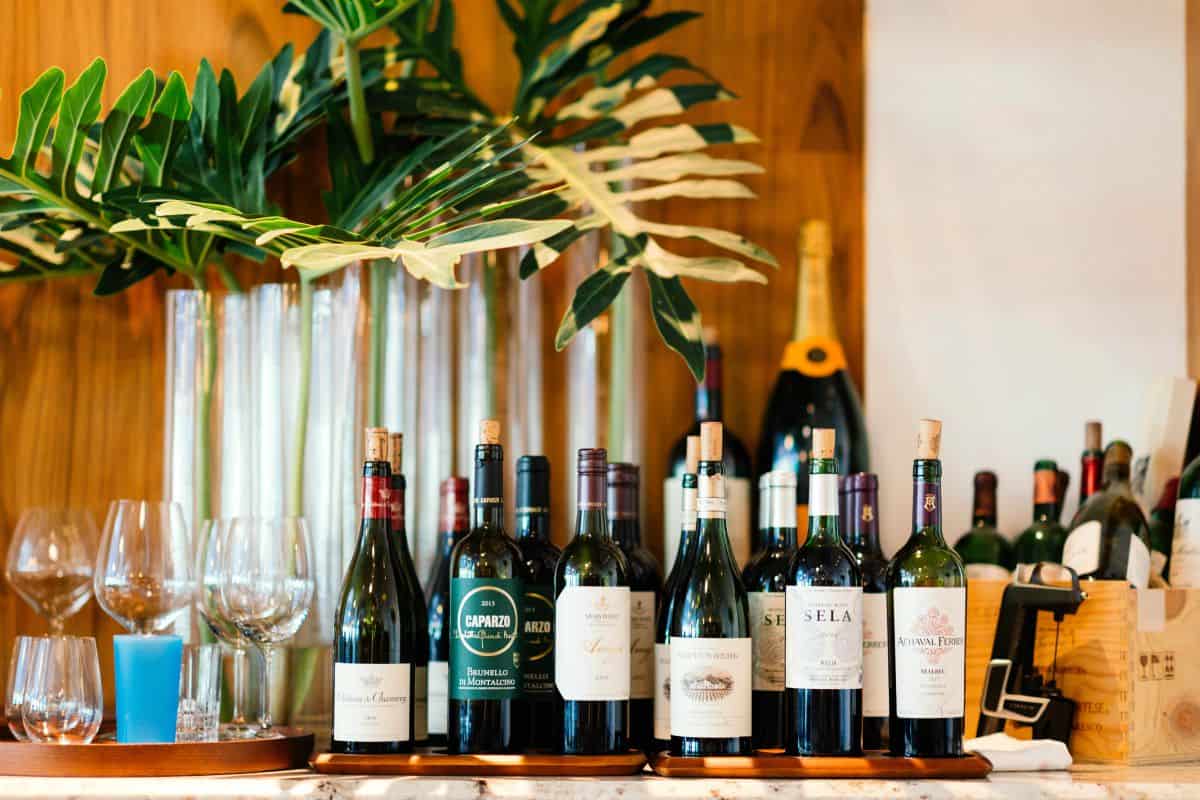 Red, white, sparkling; these are probably the only names that first pop into your head when we speak of different types of wines. However, there’s a pretty long list of other wines that don’t get as much attention as they deserve. Some of these wines include traditional wine cocktails while some get their name from the place where they’re manufactured and some are prepared in a unique way. Here then are a few different types of wines apart from your usual red, white and sparkling that you can learn about and try on your next social outing.

If you belong to one of those families that traditionally celebrates Christmas each year, you’re more likely to know about mulled wine than others. Infused with spices and aromatics, this aromatic wine is typically consumed around the winter months. The spices generally include cinnamon, cloves, allspice and nutmeg that are added to red wine. Recorded as early as 1390 in a cookery book, this drink finds its best friends in teetotalers as it even comes with low-alcohol and non-alcoholic versions. A more contemporary way to preparing mulled wine can be by combining the spices and boiling them in sugar syrup before red wine is added, heated and served.

Even a tea bag full of spices, added to red wine and heated along with orange slices serves as a much quicker way to get your glass of mulled wine. Often served in a small porcelain or glass mug, the garnish of an orange slice studded with cloves makes for not only a delicious tasting, but also a great looking drink.

With a name inspired from the place of its origin, port wine is a Portuguese fortified wine. Also known as Vinho do Porto locally, it is produced exclusively in Douro Valley in the northern provinces of Portugal with distilled grape spirits. Though it’s a typically sweet, red wine in nature that makes for a great dessert wine, port wine also comes in a few other varieties.

Generally served with cheese, nuts and/or chocolate, this wine is higher in alcohol content with about 19% to 20%. With styles such as white, ruby, tawny and vintage and varieties like dry and semi dry, port definitely embraces its diversity. With ongoing demand on the rise, port styled fortified wine has found international manufacturers and markets in countries like Australia, France, South Africa, Canada, India, Argentina, Spain and the United States of America. Generally longer lasting than an unfortified wine once opened, port should be served between 15 to 20 degrees Celsius, whilst the white port can be served chilled.

Ever watched the James Bond flick Diamonds Are Forever or read Shakespeare? The common link between them is – you guessed it – Sherry. Yes, Sherry is quite popular in pop culture even if it’s otherwise underappreciated. Not only is it a popular drink, it also looks pretty and tastes delicious when you sip it down from a copita.

Originally hailing from Spain, sherry is a fortified wine made from white grapes that are grown near the city of Jerez de la Frontera in Andalusia. Produced from the Palomino grape, Sherry comes in both, lighter as well as darker, oxidised versions. Sherry is no less than a VIP. In Europe, it has protected designation of origin status, and under Spanish law, all wine labelled as ‘Sherry’ must legally come from the Sherry Triangle, an area in the province of Cádiz. With an alcohol content ranging anywhere between 15.5% to 17%, the base wine is fortified with grape spirit to increase the final alcohol content.

Two of the many styles of fortified wine include sherry and port. It is a distilled spirit which usually has brandy added. Fortification of wine mainly took place to preserve it as ethanol and worked as a natural antiseptic.

The most common ingredient to produce fortified wine is grape brandy, but it can also be prepared by adding in a neutral spirit made from grapes, grain, sugar beets or sugarcane. However, the source and distillation of the additional alcohol can greatly affect the flavour of the fortified wine. Though there are numerous ways of preserving wine, fortification remains one of the favourite methods because the process can add distinct flavours to the finished product. If you have a taste for a sweeter tasting wine, it’s better to add the alcohol earlier than usual in the fermentation process. Apart from the already famous Port and Sherry; Madeira, Marsala and Vermouths make for popular versions of fortified wine.

If brandy had a fancy name, it’d be called distilled wine. The history of brandy goes back to the 15th century when wine was distilled as a preservation method and to make it easier for merchants to transport. However, the distilled wine resulted in a much better product after being stored and aged in wooden casks.

Produced by literally distilling wine, brandy has approximately 35% to 60% alcohol by volume. This rich caramel coloured drink is generally consumed as an after-dinner digestif. Well, not only that, brandy is popularly used for culinary purposes such as deglazing liquid for making pan sauces for meat, to flambé dishes and also to add a more intense flavour to soups. And if you’re someone who celebrates Christmas, a Christmas pudding and some mulled wine are incomplete without brandy.

With the most famous brandies being Cognac and Armagnac from Southwestern France, it is appropriately served in a snifter, a wine glass or a tulip glass. Another way of drinking for brandy enthusiasts is to ask for glass to be heated before pouring the drink in. A well heated or warm brandy generally causes alcohol vapours to get stronger, resulting in a rich and indulgent aroma.

If someone was to describe this simple refreshing beverage, he/she would fall short of words if they are true fans of spritzer wine. That’s because it’s too simplistic yet too effective to describe.

Generally made with white wine as the base ingredient, this fizzy cocktail is best enjoyed when taken with ice. Red wine can used as well as the base for a different taste. It’s not too strong in alcohol content but neither is it too light to pass off as a soft drink. It strikes the right balance of being in-between. With Sauvignon Blanc acting as the popular choice of white wine for a spritzer, the other ingredient is a modest club soda. This is literally just a two-ingredient beverage. However, you can add in a dash of orange or lemon bitters for a more citrusy flavour and garnish it with an orange or lemon twist. Many other variants also use the adding of a soft drink like a 7-Up or Sprite instead of the soda and bitters. So the next time you want to beat the hot summer heat and call in for a classic and a no-fuss drink, keep the chilled wine spritzer on standby. It won’t disappoint.

With so many different types of wine drinks to choose from, which one are you most excited to try? Let us know in the comments below.