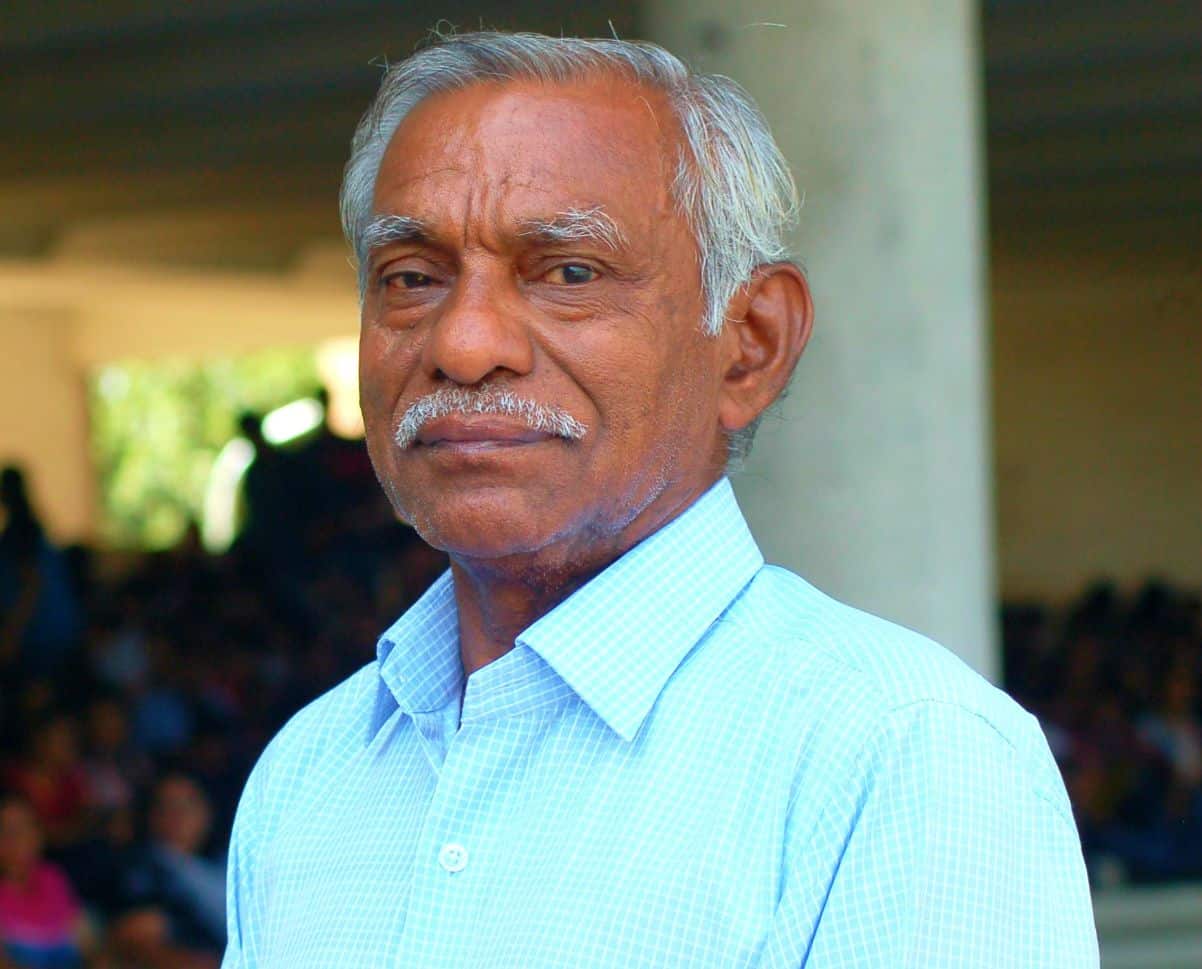 I was visiting Delhi for a day and happened to catch up with an old friend. When he asked me where I wanted to go, I immediately expressed my desire to have ‘chai’. As Indians, we like to wake up to tea and it is also our fuel to get through the day along with some munchies. My friend mentioned a popular tea stall he had read about and took me there.

The place was right in front of Hindi Bhavan, near ITO. Sitting on the floor was an old puny man, with a stove and some utensils in front of him. Scattered around him were numerous copies of 25 books, all of which are written by him. Inquisitive by nature, I started chatting with him and learnt his incredible story.

Laxman Rao is a 65-year-old author who is also a ‘chaiwala’ or a tea seller. These are times when an ex-tea seller is leading the country so listening to Laxman Rao’s story became all the more imperative. Rao came to Delhi in 1975 with the dream of making it as a writer, but unfortunately could not find any takers for his stories. He eventually had to self-publish in 1979 but it was not easy. He needed INR 7000 to do so, which he accumulated through odd jobs. His medium of writing was Hindi. He ditched the traditional methods of sales and marketing and adopted a unique strategy. He started cycling on the roads outside Hindi medium schools and colleges and selling to the students there. In the meantime, he had to support himself and his family so he opened a small tea stall in the same place where it still stands today.

Rao slowly started gaining popularity and started selling more copies through his tea stall. He wanted no one to question his credibility and completed his MA in Hindi literature to establish himself as a learned author. He later won many awards for his books and stories, most noteworthy being the Indraprastha Sahitya Bharti award for his book Ramdas. He was felicitated by the late Indira Gandhi as well as former President Pratibha Patil. Today, Laxman Rao’s books are available on Amazon as well and they sell quite well. He made sure his children got a proper education and excelled at whatever they did, who later helped him set up his sales on Amazon. I asked him why he didn’t move to a bigger stall or why was still selling tea at all. That’s when he said that the tea stall was his identity, his office. It was here that he could earn the means to support his family when he was not a successful author. It was here that he would work on his books in his free time. It is this address that reporters and publications can easily find him at. His mail is also delivered here. He is never going to give it up he says.

This Missus Wants To Conquer Your Kitchen

Rao, apart from being a writer and ‘chaiwala’, is also a motivational speaker. He shares his struggles and teaches people how to keep moving forward despite obstacles and difficulties. At the end of our conversation, he only had one advice for me, “Don’t give up in life! Life is harsh, but if you keep at it, you will get there.” Those words still echo in my ears and encourage me whenever I feel low.

This is also true for every great person who has made it. No one’s journey was struggle-free, but they kept putting in the effort without giving up, which eventually bore fruit. This is the life lesson we must all learn from successful people and Laxman Rao.