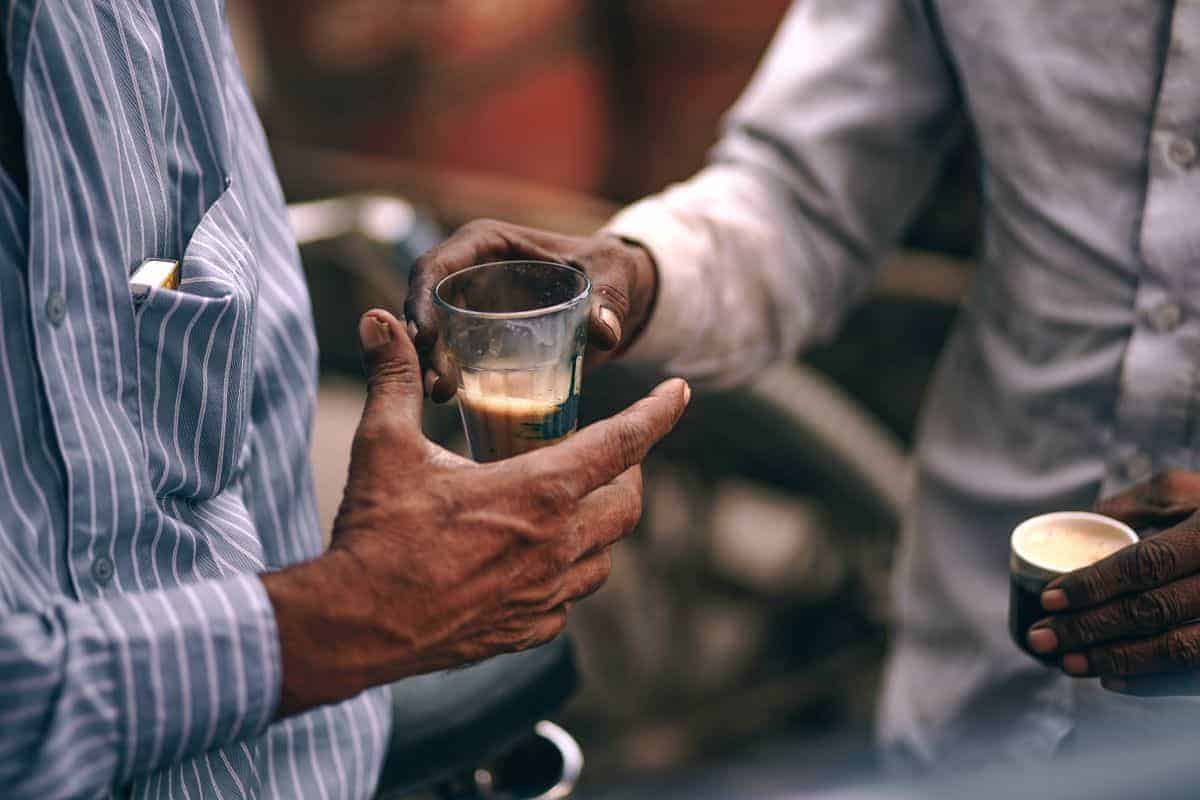 For the rest of the world, tea may be just a beverage but for Indians it’s a painkiller, stress buster, fuel for the body and an opportunity to bond with others – all rolled into one. It’s probably why we have so much variety in the types of teas available to us. Whatever your mood, there’s a type of tea that you can have. Here are the best tea types available across the country.

This golden-coloured tea is believed to have its origins in Arabia before finding fame in the hands of traders in the Southern Malabar coast of India where it became one of the most consumed form of tea. Suleimani Chai is served without milk and has a sweet and sour taste. With few drops of lemon added to it along with a garnish of mint leaves, Suleimani Chai is served hot and has a refreshing taste. A cup of Suleimani chai also helps with digestive issues, making it the perfect after-meal drink.

This tea tops on the charts when it comes to naming the strongest tea. Its tea leaves are originally black in colour. Black tea is brewed occasionally on high, medium and low flame giving it a dark red colour. It is served without milk. A cup of black tea also comes with health benefits such as boosting the immune system, acting as a mouth freshener and nourishing the skin among others.

Highly popular in Northern parts of India, this tea is brewed in hot water and milk along with natural ingredients like ginger. It is served in a small traditional cup made up of clay giving it an earthy flavour and aroma. One cup of Kulhad Chai is the best way to keep yourself warm.

Tandoori Chai is a twist on Kulhad chai. Kulhad is baked in large metal drums called tandoor until it reaches a very high temperature. The milky tea is then poured in the tandoori kulhad until the tea starts sizzling. This gives the chai an earthy, slightly burnt and smoky flavour. Tandoori Chai recently became highly popular in the city of Pune in Maharashtra.

Originated in China, Green tea has gained popularity in recent years, especially amongst health freaks as it helps in detoxifying the body and reducing obesity. It is termed as one of the healthiest beverages around. Green tea is widely available packed in tea bags. One has to just dip, sip and go!

Lemon tea is brewed in boiling water with lemon, honey and ginger. The tea is served hot with no milk. On one hand, honey gives it a sweet taste while on the other hand lemon gives the concoction a slightly sour taste while ginger adds a little bit of spice in the mix. The combination of the three makes Lemon tea a tangy and soothing hot drink.

No matter how long, the list cannot be complete without adding everyone’s all-time favorite Masala Chai. It is brewed in milk with natural spices and herbs such as ginger, cardamom, cloves, holy basil and cinnamon. Masala Chai is a household beverage consumed on a daily basis. It acts as a fuel to kick start one’s day.

We weren’t going to leave this one out. After all, we wrote extensively about it just a while ago. Nagori Chai is a specialty from Rajasthan’s Nagaur region. This type of tea is made with fresh cow milk directly sourced from cow stables. As a result, Nagori Chai is milkier than other types of Indian tea. It is also sweeter and uses lesser condiments and spices compared to other types of teas on this list.

Irani cafés are an institution unto themselves and rightly so. They have their own unique twist on most dishes, including the humble Indian tea. Irani Chai is characterized by the addition of mawa or khoya to Black Tea. Some Irani cafés might add spices such as basil or cinnamon but this isn’t necessary. This type of tea is quite creamy and sugary and a delight for those with a sweet tooth.

Noon Chai is the best tea you’ve never heard of, until now. This tea comes from the valleys of Kashmir. It’s also called Pink Tea or Gulabi Chai and is made with green tea leaves, milk, baking soda and salt (noon translates to salt in Kashmiri language). Usually cooked in a samovar (a type of metal container), the baking soda gives this tea its distinctive pink colour. Indeed, the one thing that unites all Kashmiris is their love for Noon Chai.

All images from Pexels. Images used are for representational purposes only.