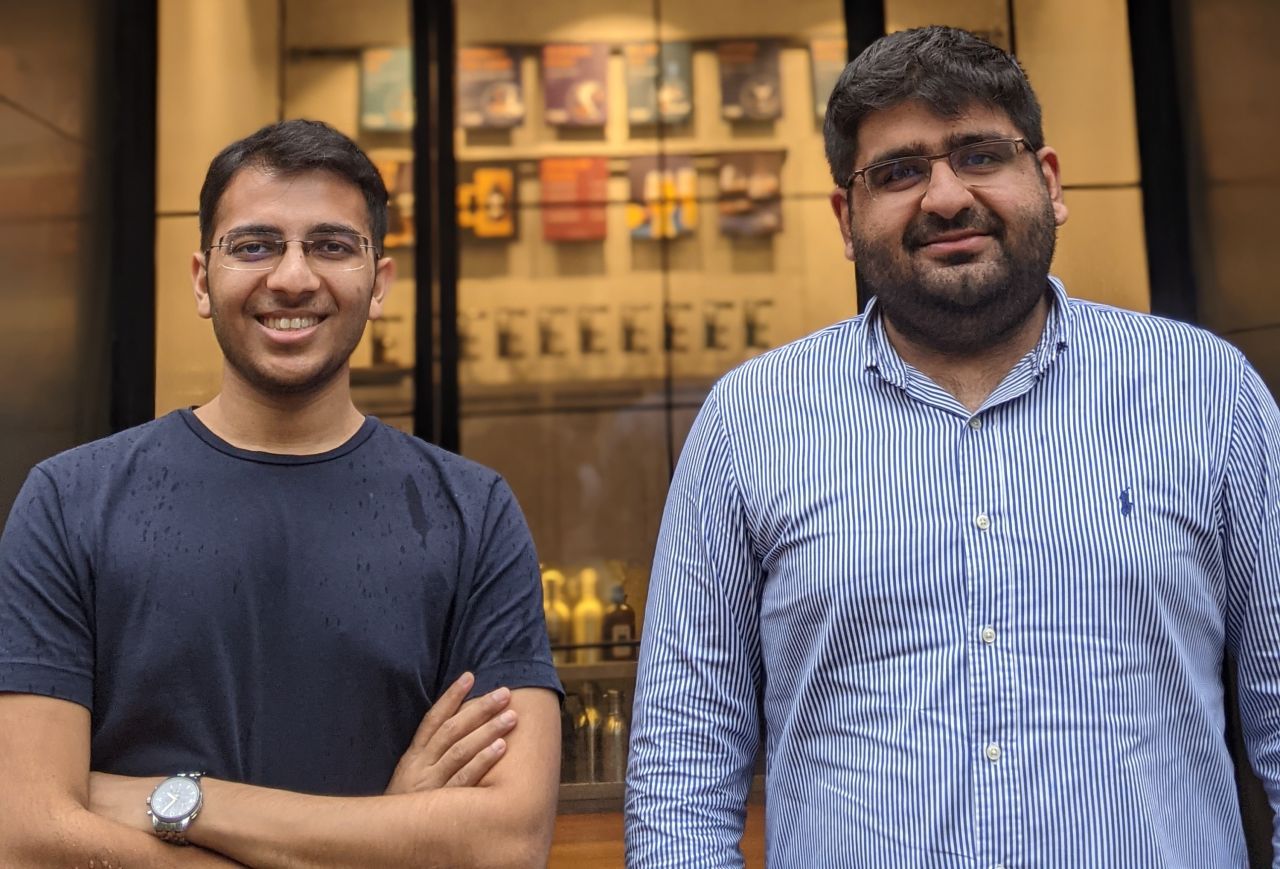 It’s no secret that consumers are thirsty for good beer more than ever. A host of craft breweries have opened up to satisfy this thirst with Mumbai-based Brew Whale being one of the better-known brands in the space. As the craft brewery completed two years, we spoke to the two people behind the brand, Pranav Mehra & Vedant Munshi, who are friends and Co-Founders of Brew Whale to learn more about their beers, lessons from the last couple of years and the way ahead. Excerpts from an interview:

Vedant and I go back a long way and have known each other for 10+ years. It was since our early days as friends that we knew we wanted to do something together in this space.

The birth of Brew Whale is actually a funny story because we both loved beer and would spend most of our college day evenings and our after-work hangout spot was always at Café Mondegar in Mumbai and it was during one such visit of ours that we thought why not we start brewing our own beer. That’s how the initial seed of Brew Whale was planted in our heads.

We both spent the first few months understanding the beer market and the potential for us in the space. Once we knew there was enough potential for us, we first decided to take a trip to Europe in 2015 and identify beers that could potentially suit the Indian palate and try out some exotic and different beers.

The name “Brew Whale” incorporates both our passions – beer and the ocean. The words Brew and Whale were the two words that resonated with both of us and our experiences.

2) How do you look at the beer ecosystem in Maharashtra in particular and India in general?

The beer ecosystem in India is evolving, from a market that was initially just dominated by Strong and Bottled Beers (Eg. Kingfisher, Budweiser, etc) has now started accepting and understanding Craft Beer.

The reason for this is, today a good amount of the Indian population is well travelled and has been exposed to the concept of craft beer globally, which has increased their willingness to spend and experiment with different beers.

Today, many microbreweries are experimenting with unique flavours and styles as people want change. The Indian consumer is starting to look at beer more as a refreshment rather than a means to get drunk. Brew Whale’s mission is to introduce this Western culture of drinking beer as a drink to enjoy and not necessarily to get drunk on. We feel that the craft beer industry has tremendous potential and that this explosion of craft beer in the Indian market will soon surpass the demand for commercially manufactured beer.

We are seeing microbreweries come up in tourist destinations like Pondicherry and Shimla in the last few months as well. If we specifically talk about Maharashtra, the space has seen a huge explosion in the last year or so with the Government allowing us to sell craft beer in growlers. It has allowed the consumer to get freshly delivered craft beer at home.

3) How did you come up with your beer styles, especially the Isle of Citra?

As mentioned earlier, through our travels together and individually, we have tried a lot of beers both in India and abroad as well and through these travels we’ve made a list of potential beers that we would like to introduce in India. Some of them being your standard beers like a Belgian Wit (Moby Wit), American IPA (Killer Ale), Dunkelweizen (Captain Dunkel), Stouts (Bowhead Stout) and some not-so-common like the Citra Wheat Ale (Isle of Citra), American Dark Lager (Harbour The Lager). We keep trying to introduce new beers and experimentation batches on a regular basis as it gives the customer an opportunity to try out new flavours on a regular basis.

4) What are some of the biggest learnings over the last two years?

The last years were not exactly how we could have ever imagined; it has been one hell of a ride with the pandemic hitting us six months into the launch of our brand. But yes, we decided to take this opportunity positively and re-evaluate our plans for expansion and learn from the mistakes that we did make in the initial six months.

5) Do you feel there are enough craft breweries in the country now?

6) What are your revenue plans, especially now that the trade has opened up?

With trade opening up, we are now again able to start supply to our partner restaurants in Mumbai, Pune and Alibaug. We also plan to tie up with more restaurants in these cities and also explore other cities of Maharashtra to start supplying our beers there. We’ve also recently opened our own Growler Station in Mumbai at Bandra and are planning to open a couple of more soon before expanding into different cities in Maharashtra.

7) What were some of the most challenging moments during Covid-19?

Covid-19 and the impending lockdowns came with their own unique challenges to everyone, be it the self-employed, employed, and even the homemakers. I think the biggest challenge for us as business owners was the impending cash flow issues and no certainty on when things would open up and how. There was no planning that one could do.

8) What innovations and survival tips did you have to incorporate to stay afloat during this period?

For us, as a brand, I think there wasn’t much that we could do as restaurants were our only source of supply in the first lockdown last year. However, towards the end of the first lockdown when the Maharashtra government allowed us to supply growlers it gave us an opportunity to restart our business. We started our growler deliveries last year in September through a cloud model and by January of this year started planning a front-end Growler Station in Mumbai. In May, we launched our first front-facing Growler Station in Bandra.

9) What are some of the craft beer trends you’re currently witnessing?

The craft beer industry has completely evolved in the last one year with the sale of growlers being allowed. For us as brands who don’t have their own brewpub, the only way for us to get feedback and understand what the customers would like to drink was through the partner restaurants and that wasn’t always accurate.

It also allowed us to experiment with different flavours and styles as we now had our own outlet to sell and get feedback. Because of this change, the experimentation in the craft beer space has increased and what we’ve seen is the customers are appreciating this change and want to try something new every time. The most common question, that we’ve started receiving from our customers, is “What’s New?”. This just shows the willingness of consumers to try (new things). For our Anniversary Brew “Two Good To Be True”, we wanted to brew something that we haven’t done before and unique in the beer market in Mumbai. That’s when we decided to brew the New England IPA as it’s always been on our mind, and we thought this was the perfect opportunity for us to experiment and add a new style to our beer matrix. It is heavily dry-hopped giving it a fuller body and opaque hazy appearance with a juicy sweetness. NEIPAs is one of the latest and most unique additions to the IPA style, and we guarantee that this one is Two Good to be True!

11) Tell us about the Endangered Searies in detail

Brew Whale has consciously dedicated their efforts towards Marine Conservation and overall environmental sustainability, and is slowly and steadily laying the foundation to protect and conserve our planet by bringing these efforts to the forefront of what we do. We chose the name Endangered Searies for all our experimental and new beers because we wanted to highlight the above message to our customers, and it also goes with the beer as it’s just a limited-release beer that will go off the shelf soon.

12) What are your bestselling beers? Why do they sell the most?

Our current bestselling beers are the Moby Wit (Belgian Wit) and the Blonde by the Beach (Blonde Ale). These are our lightest beers and go best with the Indian palate who is more used to drinking the lighter and less flavourful beers. However, we are now seeing a trend of people drinking looking to drink more of IPA’s and Stouts and slowly our sale for these beers is catching up with the sale of the Moby Wit and Blonde by the Beach.

13) Do you have any plans of opening a brewpub in the near future?

We don’t have plans to open a brewpub in the immediate future because of the uncertain times ahead. But yes, once we have things going back to normal, we definitely would plan for the same.

Mumbai Review: Woodside Inn’s Beer And Burger Festival Is Worth A Visit