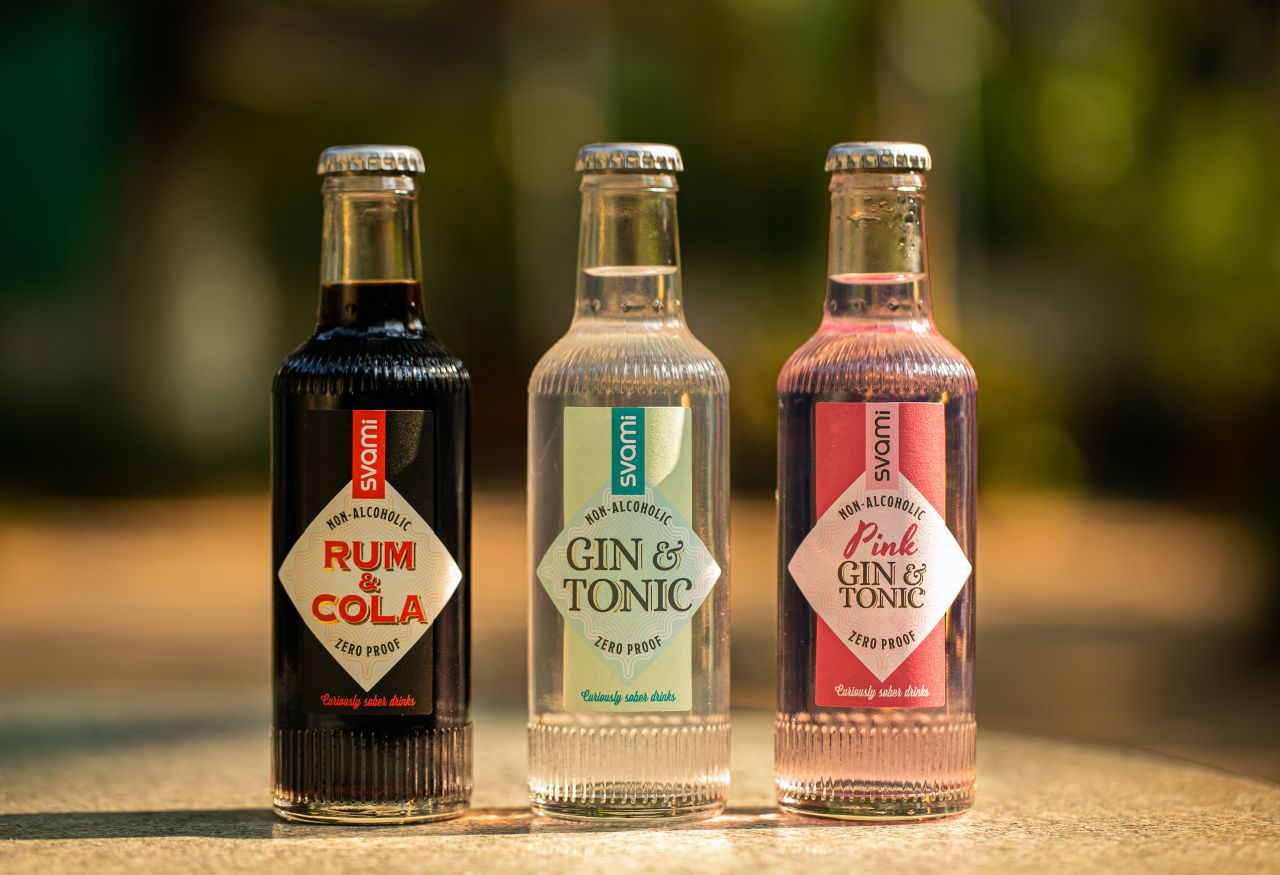 When Svami launched its tonic waters, they quickly became the go-to mixers in the market. The tonic water had everything you could ask for, mainly the ability to mix with any drink without overpowering the flavour, a premium-yet-competitive price point and an all-around great alternative to the market leader.

The company build on it to launch various flavour variants such as Grapefruit Tonic Water, Cucumber Tonic Water and the low-calorie 3 Cal Tonic Water among others. With tonic waters starting to become synonymous with the brand, Svami threw a curveball and launched three ready-to-drink no-alcohol drinks in the form of Rum and Cola, Gin and Tonic and Pink Gin and Tonic, each of which contains zero alcohol and was prepared in-house by the Svami team through a rigorous R&D process. Here’s what you can expect from the new zero-alcohol range:

Svami Non-Alcoholic Gin & Tonic – Crafted with classic botanicals like juniper and different citruses and berries, this RTD tastes like a regular gin and tonic but is completely alcohol-free and has just 82 calories per bottle. According to Svami, it’s perfect for drinking anytime and for people who prioritise taste but do not want to consume alcohol.

Svami Non-Alcoholic Pink Gin & Tonic – This one is crafted with strawberries along with botanicals like juniper and different citruses. Like their regular non-alcoholic gin and tonic, this one tastes like a gin and tonic too but is slightly sweeter and has the same 82 calories per bottle.

Svami Non-Alcoholic Rum & Cola – This one is a low-calorie cola flavoured with vanilla, caramel and cinnamon that tastes like a rum and cola with lime but is 100% alcohol-free containing just 56 calories per bottle.

On the launch, Aneesh Bhasin, Co-founder of Svami says, “There are a lot of people who do not consume alcohol, there are people who just want to take a break from alcohol and some who might want to stop after their first drink. We are offering a new alternative to all such people. These are also great options to consume anytime so you are not just limited to sugary colas and packaged juices.”

Bhasin told Gurgl that the idea of rum and cola is fairly well-known to audiences and it’s probably the first drink most people have had. “Our idea was to play on that factor. It’s our best-selling RTD of the three new launches,” he said and added, “The non-alcoholic gin and tonic tastes more like a regular London Gin and Tonic flavour while the Pink variant is fruitier and sweeter to mimic the mocktail experience.”

The pandemic has put some of Svami’s distribution plans on hold. “Covid-19 put things in perspective for us. As HORECA is still picking up pace post lockdown, we are focussing on retail avenues to reach out to a larger audience. We want to be present at high-end stores like Nature’s Basket to your neighbourhood kirana shop,” Sahil Jatana, Co-founder, Svami told Gurgl. It hasn’t been all bad though. Svami raised INR 7.5 crore in a bridge round led by Mumbai Angels Network in late October last year that also participation from other investors, actor Ranbir Kapoor being one of them. The funds will be used to strengthen the retail chain as well as hire more talent, spend on marketing and create a distribution channel, according to the co-founders.

Bhasin said that when they put out teasers of the new RTD non-alcoholic range, Svami’s Instagram DM was flooded with people guessing a new tonic variant. “People thought we were launching an elderflower tonic. We’re not launching any more tonic water. Svami is a beverage company and going forward we’re looking to launch new variants of non-alcoholic drinks such as whisky cola and similar niche drinks,” Bhasin concluded.

You can try the range of Svami’s non-alcoholic drinks from their website and be eligible for their latest campaign called Curiously Sober Jan featuring 14 different events spread across the month. Click here to buy from Svami directly or click here if you prefer to buy from Amazon.

As an Amazon Associate, we earn from qualifying purchases. This article contains an affiliate link. If you buy our recommended products, we get a small percentage from the sale without affecting your final price in any way. We only recommend products that are strictly in line with our editorial values.