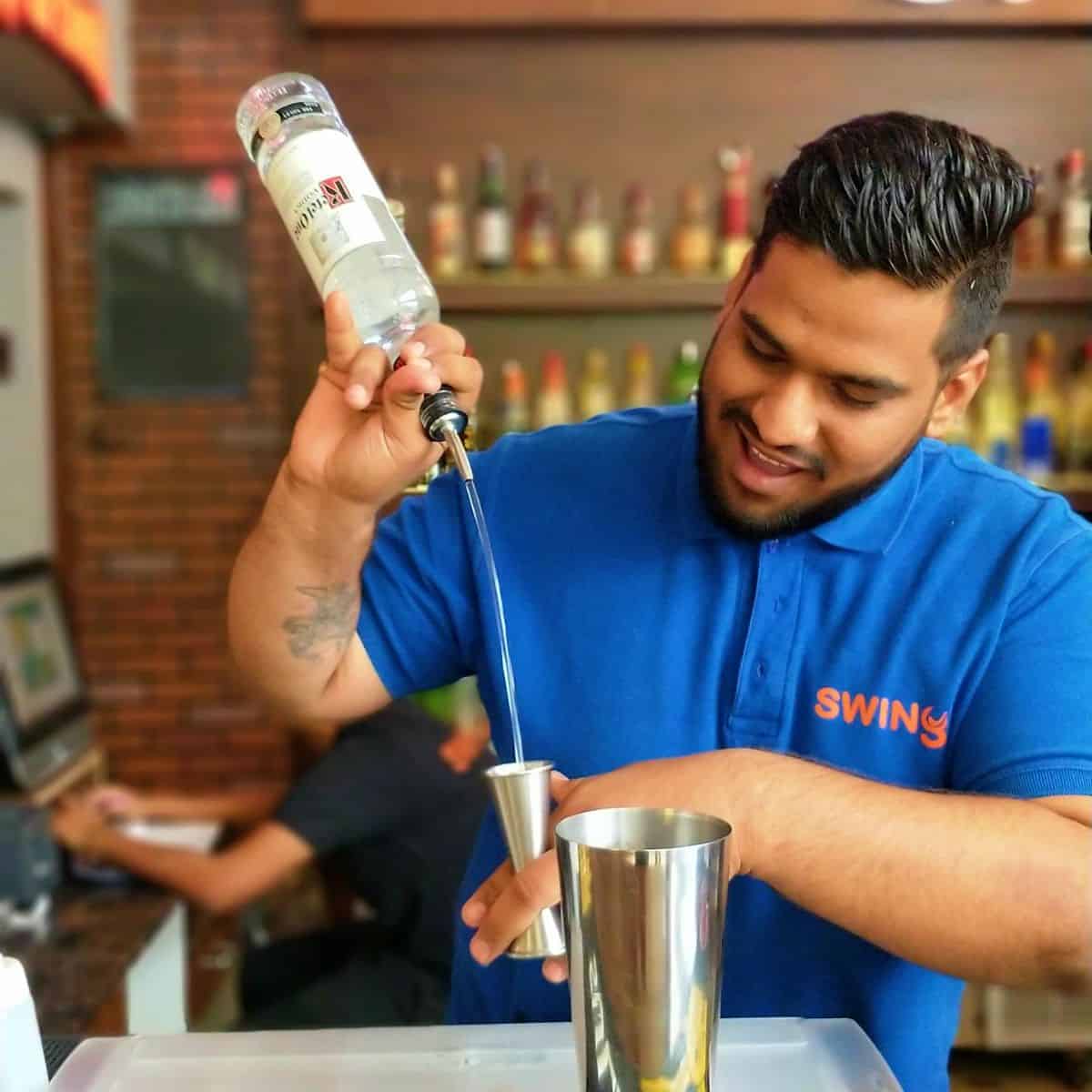 Devi Singh Bhati announces his presence with a wide toothy grin. It’s a signature that has never failed him through all his years in the hospitality business. At the finals of the World Class India event, it was the same toothy smile that was on display as he explained his cocktail called Memories to the judges. Inspired by his journeys across the country, the cocktail combined Vetivar-blended Black Label, lemon juice, homemade clynlenish-based aromatic bitter, pineapple tapache with rosemary and lapsang souchang hydrosol along with soda and spray of smokey whiskey.

It was a smashing hit soon after wowing patrons at the regional finals in Mumbai with his cocktail called Walk Together inspired by the science of smoke that featured Singelton of Glendullan, jackfruit spice puree, saline, Bimli citrus juice, homemade citrus juniper bitters and Charcoal butter smoked orange juice with ‘magic’ leaves. After a grueling few rounds featuring more spur-of-the-moment cocktail creations, Devi Singh was eventually named as the winner of World Class India, an annual bartending competition held by Diageo to discover India’s best bartender. He will be heading to Glasgow to participate amongst global bartenders later this year.

Not So Starry Beginnings

If you would have told the teenager Bhati he would one day be crowned as India’s best bartender, he would have laughed you off. His father worked at Umaid Bhavan Palace for three decades and Bhati imbibed many characteristics of the hospitality industry almost by default. Still, a career as a bartender was nowhere on the agenda. “I studied up to Class 10 and left. I knew how to cook a few dishes but I never dreamt of being a bartender,” Bhati says. Some time later, Bhati would leave the desert state and wind up along Goa’s shoreline – a decision that would change his life forever.

When he first arrived in Goa, Bhati worked at one of the many beach shacks lining Goa’s beaches. It was tiring and unforgiving work that would go on for 18 hours at a stretch but Bhati was picking up crucial skills along the way. “I began speaking better Russian than English while working on the shacks,” he laughs.

But it wasn’t just Russian he had learnt, he was beginning to recognize and appreciate flavor profiles. Then he waited for an opportunity. “One day my bartender was drunk and sleeping when a customer asked me to make a cocktail. He really loved it and said my flavor notes were bang on,” Bhati recalls.

The newborn bartender quickly learnt his first lesson. “Flavour is everything. In a way, we are like chefs behind the bar – except bartenders can talk to their guests, which is something that I personally love. As bartenders, we’re talking to customers, learning about the world and travelling the world within our bar itself.”

Bhati currently works at Firefly at Pedrito’s bistro bar in Benaulim. Today, Bhati is much more in control of the conversation when it revolves around cocktails. He confidently states that in an elegant setting he would prepare a Negroni or an Old Fashioned whereas Mai Tais or Pina Colada would be his cocktail of choice on Goa’s beaches. His own personal favourite is the good old gin and tonic, something whose revival he is impressed with.

“Over the last two years, the gin market has exploded in India. People know exactly what they want and order for a Tanqueray Gin or Gordons with tonic water. The addition of many homegrown gin as well as tonic water companies has helped immensely too,” he states.

At World Class India, Devi Singh is a third-time contender. He saw a video of the event on YouTube and was impressed with what he saw but decided it was not for him. Somehow, he applied and stood sixth in 2017, a feat he would repeat the next year. This year though, there was no stopping him.

His infectious energy and skill behind the bar counter was apparent to one and all. “Every year, this competition gets tougher. Young bartenders come in and teach us things so the standards are always getting higher. There’s more knowledge, more interaction and more things to learn in every edition of the competition,” Bhati says.

Bhati is prepared to put on his charm and use his hospitality skills at the world championships in Glasgow. “In an earlier edition for one of the rounds, I had made the judges sit on the ground and enjoy the cocktail I had prepared because that’s how we eat in Rajasthan. I want to give similar experiences to the judges there. My goal is to let them know that India is more than a country of spices and cricket and that we are raising the bartending bar too.”

Bhati feels that we don’t take ourselves seriously. He admires Japanese bartending and how seriously they take their skill. “That’s what we need to learn. India is land of spices and many companies use them to make bitters but why can’t we use it creatively too?” he muses but then cheers up when he talks about the future of bartending in India. “In five years we’ll be a top cocktail country. Last three years,  cocktail culture is boom in India,” he says happily in broken English before he is pulled away and disappears into a crowd of people.