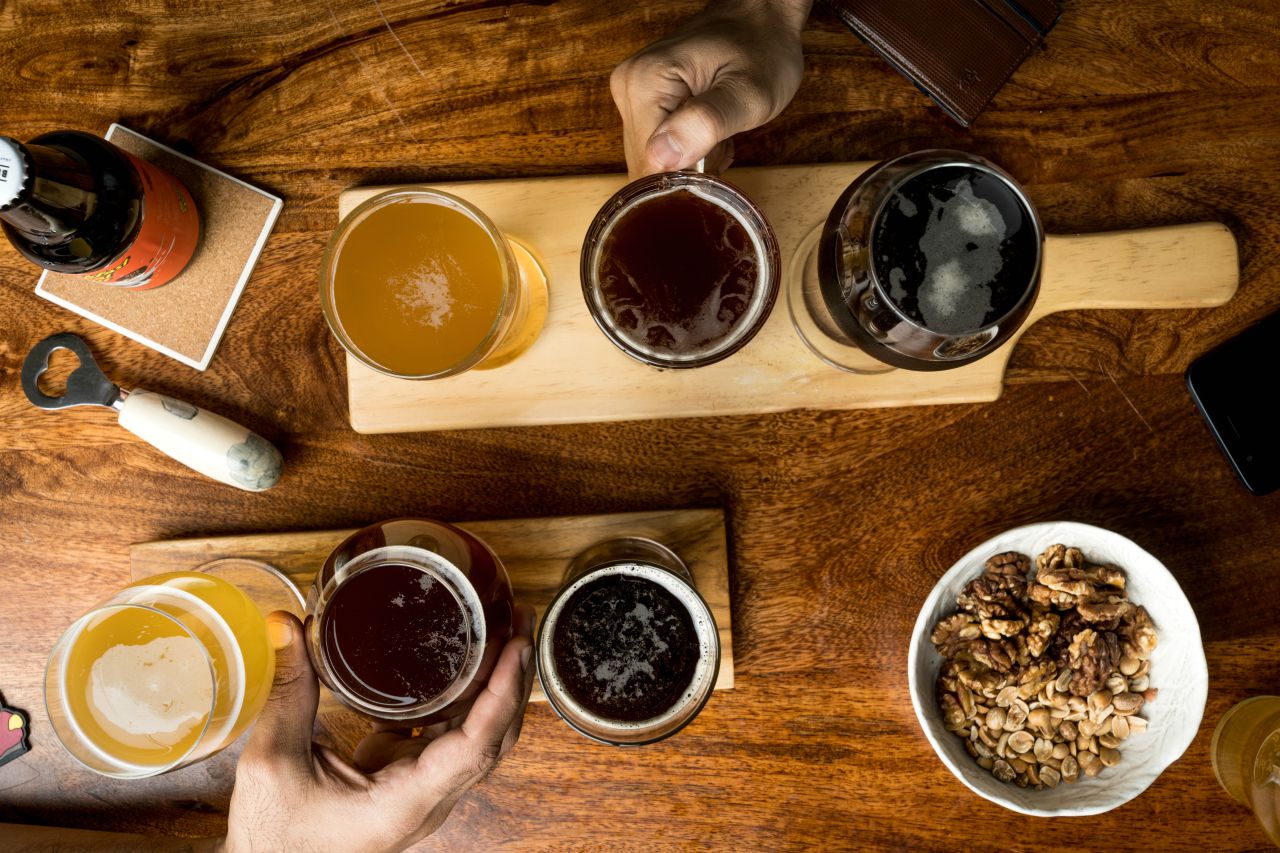 The simple survival of the nascent craft beer movement in the country was up for debate a couple of months into the national lockdown that began on March 24 in India due to the coronavirus pandemic. It took sustained initiative and another couple of months before the industry got its first piece of good news. Home delivery of beer through growlers was allowed for the first time on a permanent basis in Maharashtra, breathing new life into the nascent industry.

At this point, the trio of Nevil Timbadia, Saumya Khona and Bhakti Mehta, who’ve been curating the popular Tapped Beer Festival since 2014, hit upon the idea of transitioning their festival into a home delivery service. Thus Tapped Flight was born.

“Over the years, we’ve curated more than 400 beers of all varieties such as ales, pilsners, lagers, sours, meads, stouts and even ciders for Tapped Festival along with new breweries and beer variants that have launched at the fest. The idea for Tapped Flight was to replicate the same experience because festivals are not happening for another year,” Mehta told Gurgl.

From idea to execution through May to August was a learning experience for the trio. Although liaising with beer companies was the easiest task because of their past connections through the festival, understanding the new laws and coming up with a delivery system were major challenges.

Tapped Flight comes with two different subscription options. Curious Case features 12 or 24 bottled beers picked by the Tapped team that has four different types of beers from local and international brands. Curious Case costs INR 2750 for 12 bottles and INR 5500 for 24 bottles. The other subscription option is called Swingin Growler that will deliver four (for INR 2700) to eight litres (for INR 5200) of freshly brewed beer to your doorstep.

“With Curious Case our idea is to serve bottles of more than just Kingfisher and Bira while Swingin Growler is meant to introduce new and fresh breweries to customers who want to experiment. In fact, we’ve had a lot of success with the latter and some people have even signed up for both the subscriptions,” Mehta said.

To register, you simply need to visit their website, select your preferred subscription package and wait for delivery every last Friday of the following month to arrive at your doorstep. This includes access to just-launched beer brands, seasonal specials, unique collaborations, first access to new beers and beers brewed exclusively for subscribers.

The subscription itself can be cancelled and started again whenever you choose. Apart from the beers, subscribers can also get their hands on some fun pairing ideas, access to beer merchandise, and get to know interesting fun facts about beers. “There will be add-ons, surprises, you will have food menus, Tapped merchandise and beer-related accessories with your subscription,” Mehta said and added that Tapped Flight will soon look at introducing subscription packages for other spirits as well.

10 Tea, Coffee And Other Non-Alcoholic Gifts That Are Perfect For Diwali 2020

Mehta said that there will be email feedback so their offering can be continually improved. There are also plans to launch in other cities like Pune by October. As more states open up for home delivery of spirits, we will target other cities like Bengaluru and Hyderabad,” Mehta added.

If the response to the first Tapped Flight is any indication, it seems that the trio behind the popular beer festival have another winner on their hands.

Have you tried Tapped Flight? We’d love to hear your views in the comments below.