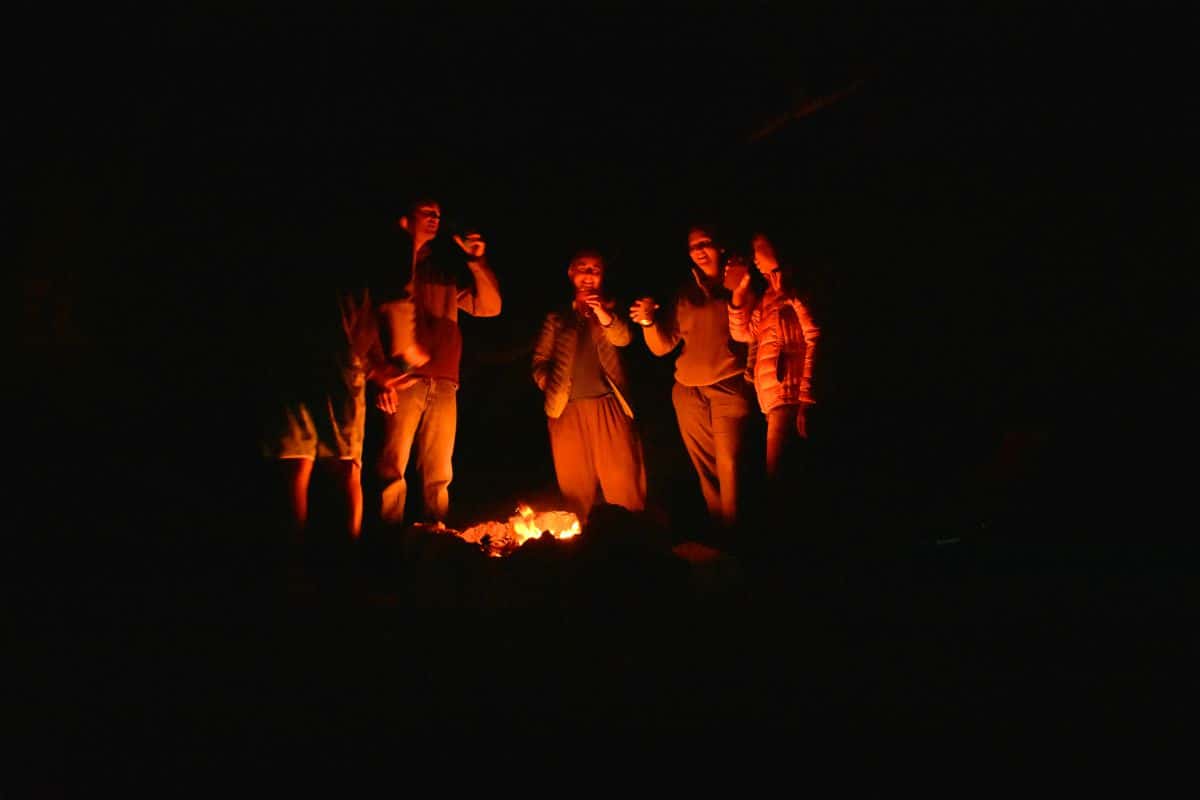 It’s that time of the year again when the gentle cold breeze will make you wrap yourself in soft woollens and make you stay at home getting cozy all day. It is that time of the month when you only dream about consuming warm food and drinks. Keeping that in mind, here’s a list of hot cocktails that you can make for the cold and chilly nights. Stay warm and energise your mood instantly with these 10 hot cocktails that are perfect for chilly nights.

Filled with the goodness of two amazing liqueurs, bourbon and ginger liqueur, Peppery Ginger Cider is sure to give you an absolutely new and refreshing taste. This warm cocktail can be prepared in just ten minutes with the use of the following ingredients –
a) 240 ml apple cider
b) 120 ml bourbon
c) 90 ml ginger liqueur
d) Lemon juice
e) 4 cherries
f) Cracked black pepper

Simmer the bourbon and apple cider in a saucepan gradually add the ginger liqueur and stir it gently. Add lemon juice to the mixture according to your taste and stir well. In two glasses or mugs divide the cherries and pour the mixture equally. Garnish it with black pepper and enjoy the breezy evening.

Talking about winters and not mentioning mulled wine is impossible. As we all know mulled wine is a spiced wine packed with the richness of the flavours like cinnamon and clove. Now imagine adding the sweet-sour flavour of blackberry to it. The result is definitely something worth trying out. Just gather the following ingredients and follow the below mentioned process to make this wonderful cocktail-
a) 1 bottle red wine of your choice
b) 2 cinnamon sticks and some extra sticks for garnishing
c) 4 to 5 cloves plus extra for garnishing
d) 3 star anise
e) 1 orange
f) 1 cup apple cider
g) half cup brandy
h) 1 cup blackberries
i) 0.25 cup maple syrup

Squeeze the juice out of the orange and add it in a pan or pot. Now add the wine with the remaining ingredients and a couple of star anise. Allow the mixture to simmer on low heat for 30 minutes to one hour and make sure it does not boil. Divide the drink in mugs or glasses and garnish it with cinnamon stick, cloves and star anise.

Just like its fascinating name, the taste of this enigmatic cocktail will leave you wanting more. Generally served in an Irish coffee glass, this honey-coloured cocktail is a perfect combination of rum with a smooth buttery taste. To make Rum Forest Rum you will need the following ingredients-
a) 45 ml dark rum
b) 15 ml cinnamon demerara
c) 120 ml hot apple cider
d) 2 dashes of Angostura bitters
e) 1 tablespoon butter

Although cinnamon demerara is not easily available, here’s how you can prepare it easily. Mix 450 grams of demerara sugar with 230 ml water and 2 cinnamon sticks in a pot and simmer it until the sugar has dissolved. Remove it from the stove and let it steep for one hour and cover it with a lid.

To make the cocktail mix all the ingredients in an Irish coffee glass and stir gently. Garnish it with butter and fresh grated cinnamon.

Hot Toddy – does this cocktail needs more introduction? Definitely not. For those of you who have not tasted this classic cocktail you definitely should. Hot Toddy is the best option for a chilly winter evening and the great part is it can be prepared in just five minutes. Just gather the following ingredients and you’re set.
a) Half cup water
b) 30 ml bourbon
c) 1 tablespoon honey
d) 2 teaspoon fresh lemon juice
e) one cinnamon stick for garnishing
f) Lemon slice for garnish

Bring the water to simmer in a pot or a saucepan. In a mug mix bourbon, honey and lemon juice to. Pour the mixture in hot water and stir to combine. Serve the drink garnished with cinnamon stick and a lemon slice.

Combine cinnamon sugar on a plate and spread it evenly. Moisten the rim of the glass with water and rim it patiently, keep the glass aside. To make an eggnog, whisk egg yolks and 1/3 cup sugar in a large saucepan. Gradually add milk, nutmeg 1/2 teaspoon cinnamon and vanilla. Cook it on a low heat for about 10 minutes but remember to not boil. Remove it from heat and stirring in heavy cream add Rumchata. Refrigerate the mixture until chilled. In the rimmed glass pour the mixture and garnish it with nutmeg and cinnamon sticks.

Simmer the milk in a saucepan over medium heat. Whisk cocoa powder and sugar in milk and ensure no lumps are remained. Add chocolate chips and vanilla and cook it stirring occasionally until the chocolate is completely melted. Remove from the heat. Rim the cup with chocolate sauce and pour the chocolate mix in it. Top it with whipped cream and sprinkle some crushed Oreos before serving.

Chai lovers, it’s your time now. Give a twist to your regular masala chai by adding some alcohol in it to make Autumn Chai Swizzle, a spellbindingly hot and comforting drink. It can be made with just four ingredients and can be made in less than ten minutes. To make this alcohol infused masala chai all you need is-
a) 60 ml Bailey’s Irish cream
b) 90 ml masala chai
c) 2 teaspoons sugar
d) Cinnamon stick

How To Perfectly Pair Rum With Chocolate

Stir raw sugar in brewed masala chai until completely dissolved. Pour the mixture in a coffee mug and fill it along with Irish cream. Garnish it with cinnamon stick and have a wonderful afternoon.

Winter parties are fun with everyone enjoying delicious winter snacks, getting warm around a bonfire and probably even grilling some barbeque. The one thing that you definitely need at such parties is champagne. Spice up the regular flute filled with champagne with this fantastic cocktail recipe.
a) 1 sugar cube
b) 120 ml sparkling wine
c) Angostura bitters

Soak the sugar cube in Angostura bitters for about 10 minutes. Now place the soaked sugar cube in a flute and fill it with champagne. Garnish it with lemon twist.

It’s true – you can turn your regular honey lemon into a boozy drink. With the sweetness of honey and tanginess of lemon this drink is not definitely to be missed. To make this easy cocktail you will need the following ingredients-
a) 1/2 cup honey
b) 4 cups water
c) 1 lemon, zested and sliced
d) 1-2 cinnamon sticks
e) Vodka, to taste

In a pan, add cinnamon sticks, water, honey and lemon zest. Simmer it on a medium and low flame for about 30 to 45 minutes until the flavour of cinnamon fully infuses the drink. Remove from the heat and pour the mixture into a glass. Garnish with lemon slice.

Keeping the best one for the last, Cider Rum Punch is a classic winter cocktail that is packed with the warmth of rum and the spiciness of ginger along with citrusy fruity flavour of orange and apple. With the use of the following ingredients, Cider Rum Punch can be prepared in just 10 minutes.
a) 8 cups apple cider
b) 1 apple
c) 1 orange
d) 2 cinnamon sticks
e) 1-inch piece fresh ginger
f) 2 cups of your favourite dark rum

Peel the ginger and slice it finely. Chop thin slices of apple and orange. In a pot add apple cider, cinnamon sticks, ginger, apple slices and orange slices. Boil the mixture on high flame. Now reduce the flame and simmer the punch for five minutes. Remove from heat and add rum storing gently.

We’re sure these drinks will be a super hit and you’ll be making them all the time once you try your hand at them. The only question is – which one will you try first? Let us know in the comments below.

A Complete Guide To Creating The Perfect Home Bar