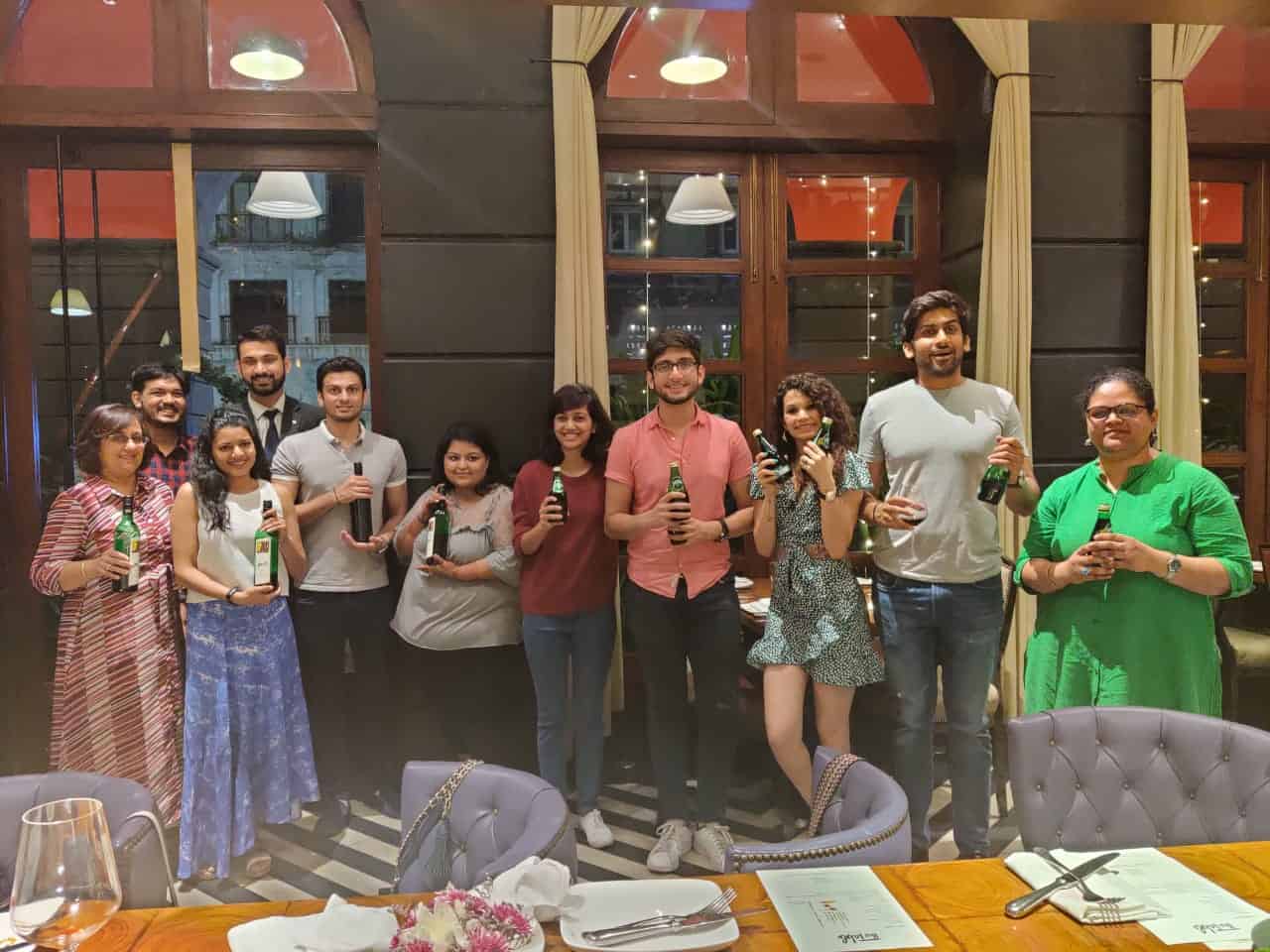 Gurgl is a small bootstrapped digital start-up that wanted a highlight for 2019. We thought long and hard about what we could do before deciding on a Christmas-themed event in association with The Table, the Colaba restaurant that was recently awarded the fourth best restaurant of India position by an influential publication. Which led us to the Mulled Wine Masterclass that was held almost to a capacity crowd on December 21, 2019. Read on to know more about the masterclass. When All Things Nice Organised A Tasting With Six Gins

Along with this we also prepared a few litres of mulled wine with a bunch of spices for an interesting activity. With all preparations taken care of from our end, we were excited to see an almost full house on the day of the event. As the masterclass began, the anticipation gave way to an interesting session that included a mix of learning and tasting. Editor Priyanko Sarkar explained how mulled wine was being used in Egypt even before the concept of what it meant had come about. This was followed by a tasting of the Elixir of Life that gave participants their first taste of mulled wine.

The session then moved to the Greek period and how mulled wine came to be associated with the father of medicine Hippocrates in the form of Hippocras and what it meant to preserve wine by adding spices as well as fortifying the human body from common infections.

The Vin Chaud was a chance to learn about how mulled wine spread across different parts of Europe through the Roman empire and how the Sun King, Louis XIV, had special love for mulled wines, believing it to be an aphrodisiac.

Finally, the Nordic Glogg was a chance to learn how the Swedish monarchy revived the use of mulled wine in the 18th century and ultimately got the drink to be associated with Christmas. It wasn’t all just sitting and tasting at the masterclass. We encouraged the participants to mix their own spices and create their special version of mulled wine. The sheer enthusiasm of all the participants and the way they were guiding each other and asking Pratik and Priyanko to taste and refine their mulled wines was the highlight of the entire masterclass.

Finally, when it was done, we gave the mulled wines made by the participants to take home as a souvenir. All in all, it was a session that put a smile on everyone’s faces, which was the biggest takeaway for us at the end of it all. It also made us aware that we could do more such events and we’re actively scoping them out currently. Be sure to subscribe to our newsletter and follow us on social media to know about our upcoming events.