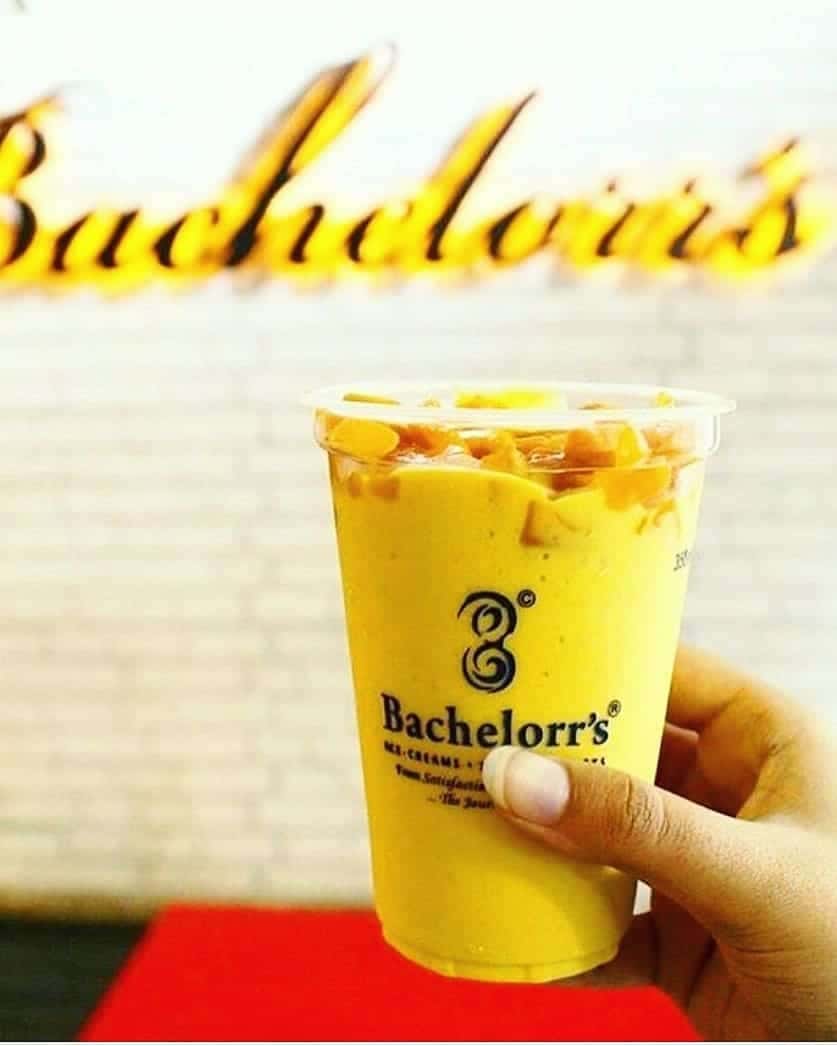 During pre-Independence times when one would find only coconut water on Bombay’s beaches, a young man from Ghaziabad who landed in the city with no money to his name decided to change the face of street food.

At the time, food sold in public places used to be referred as “roadside food” in a derogatory manner. Om Prakash Agarwal, who landed in Bombay in 1930s started off by selling a plate full of variety of cut fruits. He began selling fresh fruit juices too along with the fruit pieces. Eventually, the place came to be named as Bachelorr’s.  According to the owners, Mahatma Gandhi, who stayed at nearby Mani Bhavan, was a patron of the cut fruits. No surprise then that you can still get the fruit plate that they have been selling since 1930.

Why Bachelorr’s? In an era when young people used to get married and have family in their 20’s, Om Prakash managed to stay single till the age of 27. This made his friends call him “Brahmachari Juicewale”. Eventually, his business venture came to be recognised by the same name as well. Around 1940 the anglicised Mumbai changed “Brahmachari” to “Bachelorr’s” and with the eatery becoming one of the most popular joints in the city and an institution in itself.

In the 70’s it was Om Prakash’s son, Arun who took Bachelorr’s to new heights. For the past six years, Aditya, from the third generation, is the one managing the chain. Today, apart from the main outlet opposite Girgaum Chowpatty, Bachelorr’s has franchises all over Mumbai.

Bachalorr’s started serving milkshakes post Independence in 1950. Newer street food items such as Pizza, Sandwich, Pav Bhaji and Chole Bhatura were eventually added to the menu along with a revamped juice menu.

From this menu, one juice that stands out is called Tongue Twister. With ingredients like chilly, spices, mint, chocolate and the sweetness of vanilla put together in a single drink, the taste of each individual ingredient is felt on different parts of the tongue. Since milk and salt don’t go together, it is a practice to serve potato wafers along with this juice. The idea being that after taking a sip and eating wafers, your palette is cleansed and you’re ready for the next sip. Reportedly, this is the most popular juice since it was launched six years ago.

The Classic Chocolate Milkshake by Bachelor’s has also won the “Best Chocolate Milk Shake in the World” prize by Yahoo. In this milkshake, ingredients like cocoa powder, chocolate sauce, syrup, melted chocolate are added. It falls in the category of drink, sip and eat chocolate. While the prize might seem a bit exaggerated, there is no denying that the milkshake is a must-try from the eatery’s exhaustive menu.

Other recommended drinks include the Falooda that is made using heavy cream to which no milk is added. Thandai is also available year-round along with Thandai Milkshake and Thandai Ice Cream and is worth trying out.

Be sure to try any of their Fusion Shakes too that usually involves two things being blended. Two juices are made separately and then mixed. Thus, while you get the taste of both ingredients together, their colour and texture remains intact.

8 Places In Mumbai That Will Quench Your Thirst For Thandai

According to popular legend, (in)famous local don Haji Mastan was sent his favourite fruit juices while he was in jail during Emergency. From Gandhi to Mumbai’s first don, over the years Bachelorr’s has played host to one and all. A place with such a rich treasure trove of stories and some unusual drinks deserves to be visited at least once.

This Missus Wants To Conquer Your Kitchen