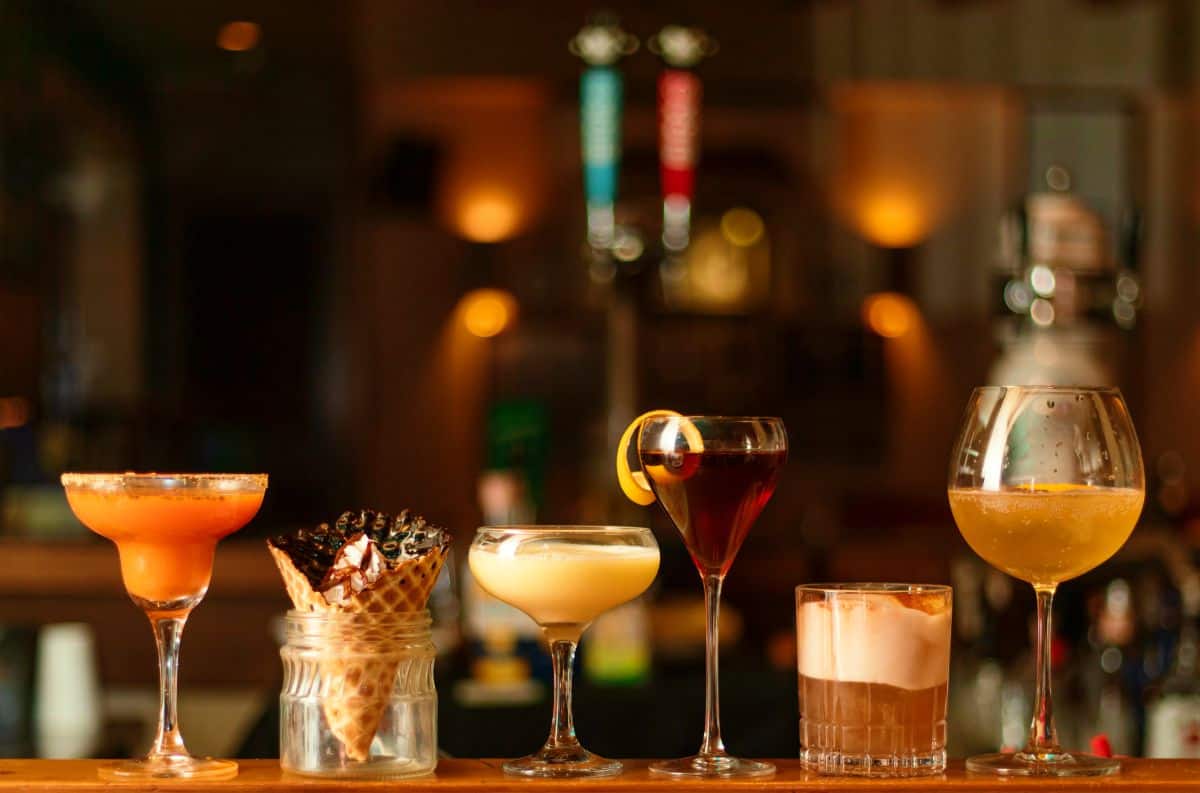 It’s 10 pm on a Monday night. Woodside Inn, the popular pub in Colaba, dons its laid-back vibe. A solo diner enjoys a glass of beer while a few friends catch up over pizza and pints at the bar. In a city where Wednesdays are the new Fridays and a round of post-work drinks is earmarked for any day of the week, I don’t feel guilty about having a cocktail – or four – this early in the week. Especially, the ones that are part of the gastro-pub’s all-new sustainable cocktail menu titled ‘Wasted at Woodside Inn’.

This menu, featuring six concoctions, is created in collaboration with chef and mixologist Arina Suchde. Born and brought up in south Mumbai, Suchde grew up around food and alcohol since her mother ran a catering business and her father was a distributor for liquor companies. “I started cooking when I was 10 years old. From that time, I knew I wanted to be a chef,” she recalls.

She went on to study hotel management from IHM, Ahmedabad and later learnt bartending from Diageo. After working at a beverage consulting firm for three years, she signed up for a chef training programme in New York in 2014. Suchde has been drawn towards sustainable cooking practices since 2016, conducting workshops in different cities where she consults with restaurants to introduce low-waste kitchen practices and creates sustainable menus. “I’ve grown up in an environment where my mother didn’t let anything go to waste,” she reveals.

Her efforts are aimed at making diners view sustainability as a movement and mind-set rather than a trend. The core essence of zero-waste cocktails lies in extracting the most of out of ingredients. And that’s what this menu does, as I find out over the next few hours.

The first cocktail I try is the Wabbit Margarita (INR 645; all prices exclusive of taxes). The coral-hued drink features cold pressed carrot juice, tequila infused with seeds of bell pepper, dried rosemary and a rim of salt. The leftover pulp from the juice is used to make a carrot cracker served on the side. Light and refreshing with a delightful balance of sweet and savoury flavours, the cocktail hits the right notes and the cracker crunch accentuates it. While carrot suits my palate more as halwa than a juice, give it to me in this form and I’ll gladly make it a part of my daily routine.

Next, the discarded whey from the in-house ricotta makes its way into Wheyski Sour (INR 695). The result is a beautiful silken texture and slight acidity that makes it a better substitute for egg whites, whose froth can be overpowering sometimes. Coupled with orange syrup made from leftover rinds (also sprinkled on top as dust), the breezy drink makes for a perfect weeknight indulgence. Another go-to would be the Green Gin (INR 525), headlining Greater Than gin and tonic made from its spent botanicals, which regales me with its smooth, citrusy notes.

Next up is Corn Off The Cob (INR 525). It’s literally that – all parts of a bhutta served in a glass. The drink includes milk squeezed out of corn kernels, vodka and cordial conjured up from the cob and lemon rind. Floating on its surface are little globs of red chilli butter caviar. The corn husk is used as a coaster and corn silk, charred live at the table, and lends its aroma and a bit of drama to the drink. Initially, the corn milk combination feels strange on my palate. The caviar, however, with its delicious buttery flavour, cuts through the milk’s mild sweetness and the sharp taste of vodka that makes me warm up to the drink quickly.

Review: Spirit Of Scotland Is a Throwback To Whisky-Fuelled Holidays

Meanwhile, the Sneaky Sundae (INR 545) turns discards into decadence. It comprises dark rum with hints of frozen bananas and peanut butter and a swirl of whipped cream – topped with banana peel oleo and candied banana peels – sitting in a chocolate-covered waffle cone. Best enjoyed with a spoon, this one offers a delicious boozy, creamy kick filled with the gooey goodness of the banana and its chewy peels. A Sundae that’s perfect to beat the Monday blues. And a sustainable one at that. A win-win.

Available At: Woodside Inn outlets at Colaba and Andheri (West)