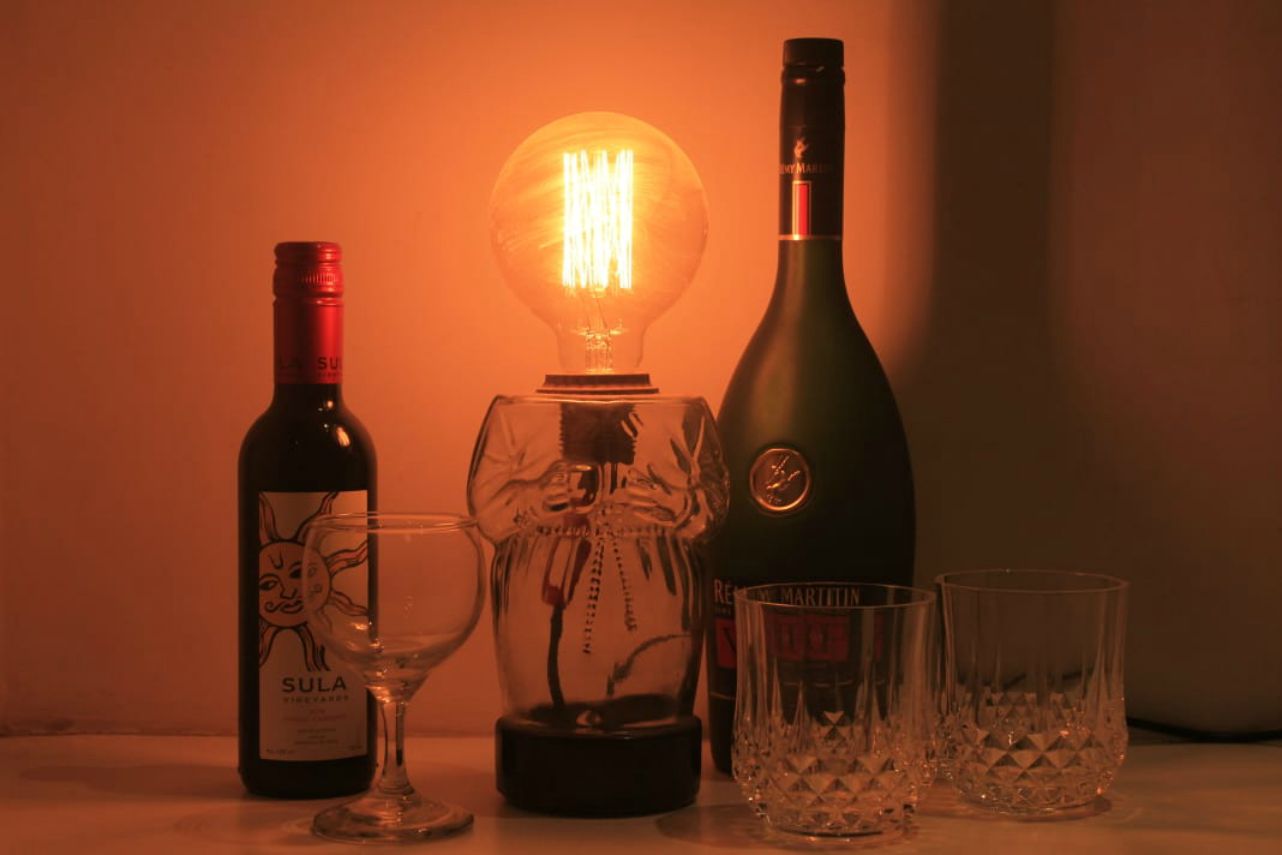 When most youngsters seem bewildered and confused when they see their fathers’ alcohol collection, Nikita John saw the whole exercise as a complete waste, especially the last part where the empty alcohol bottles would go straight in the trash bin. The advertising professional decided to do something about the bottles being thrown away and started designing a couple of them to gift people on their birthdays.

There was also an environmental angle to consider. John says she was stunned to learn that glass bottles take a million years to decompose. “That was an insane thing for me and I decided to stick to upcycling as a way to bring in sustainability.”

Not only were her upcycled bottles well-received, John found that she, too, was coming back home from work and spending the night working on designing new bottles. “I never had time to invest in my passion so I would work until 2 AM in the morning after spending the entire day at work. It was an aha moment,” she says.

John quit her job in 2019 and to work on her passion project and gave it a name Kuppikali – an apt name since it means playing (kali) with bottle (kuppi) in her mother tongue Malayalam. Before quitting, she had created an interesting bottle called Moochwala Monk out of an Old Monk bottle and attended an exhibition to understand more about her passion.

“At the end of the exhibition, I was ready to quit and the comments on Moochwala Monk where people went gaga over it gave me further impetus to take the plunge even though I have no design or tech degree,” John says.

What followed was hours and weeks spent at random corners in Mumbai where John picked up skills like electric work and glass cutting. Armed with a new sense of purpose, she had just started work on a wood series when the nation went into a lockdown, forcing labourers to head back to their villages. John decided it was time for her to work out of her house and start creating some unique designs. “It was a lot of practice over and over again but now I can confidently cut glass bottles,” she says.

John has also learnt which alcohol bottles work best and which need to be handled delicately. “If the bottle is heavier there’s a component of virgin glass that makes it easy to work with. However, beer bottles are difficult because the glass is quite brittle,” she states, adding that she’s been working with a variety of alcohol bottles to create her designs.

From installing industrial pipe lamps on scotch and vodka bottles to turning wine and beer bottles into handwash dispensers and even launching rainbow-colours into bottles, John has kept herself busy during the pandemic.

“I’ve seen a lot of love for pipe lamps come through. It’s mostly because the LED doesn’t heat up and still gives a great effect overall,” John says adding that the idea of handwash dispensers was something that she hadn’t thought about much before the pandemic. “But it looks so good and classy whereas the lamps are a great conversation starter at home parties,” she adds.

John’s aesthetic leans towards functionality rather than art, which also explains why the creative twist on handwash dispensers and other products like Match Kuppi that are basically match boxes opened up and stuck on alcohol bottles for ease of access.

She’s also dabbling in dunk painting bottles since regular transparent bottles are not conducive to writing. “Once the bottles become opaque, you can paint on them and even use it as a to-do list if you want,” John explains.

“When I started I decided all my designs had to be original. But I suck at painting even though I did start by colouring bottles. I realised functionality was my core strength and I’ve stuck to it ever since,” she says.

Her brand Kuppikali is currently an Instagram-only shop and has been generating steady enquiries that are on the uptake. Her products now ship across the country and John is working on a new range of products such as candle holders and table centre pieces. A special Diwali kit has also been unveiled just in time for the festival of lights.

John is hoping to open her own studio early next year and create even more products in the months ahead. “I just want to be able to create more products and more solutions,” she signs off.

You can find more designs on Kuppikali’s Instagram page here.