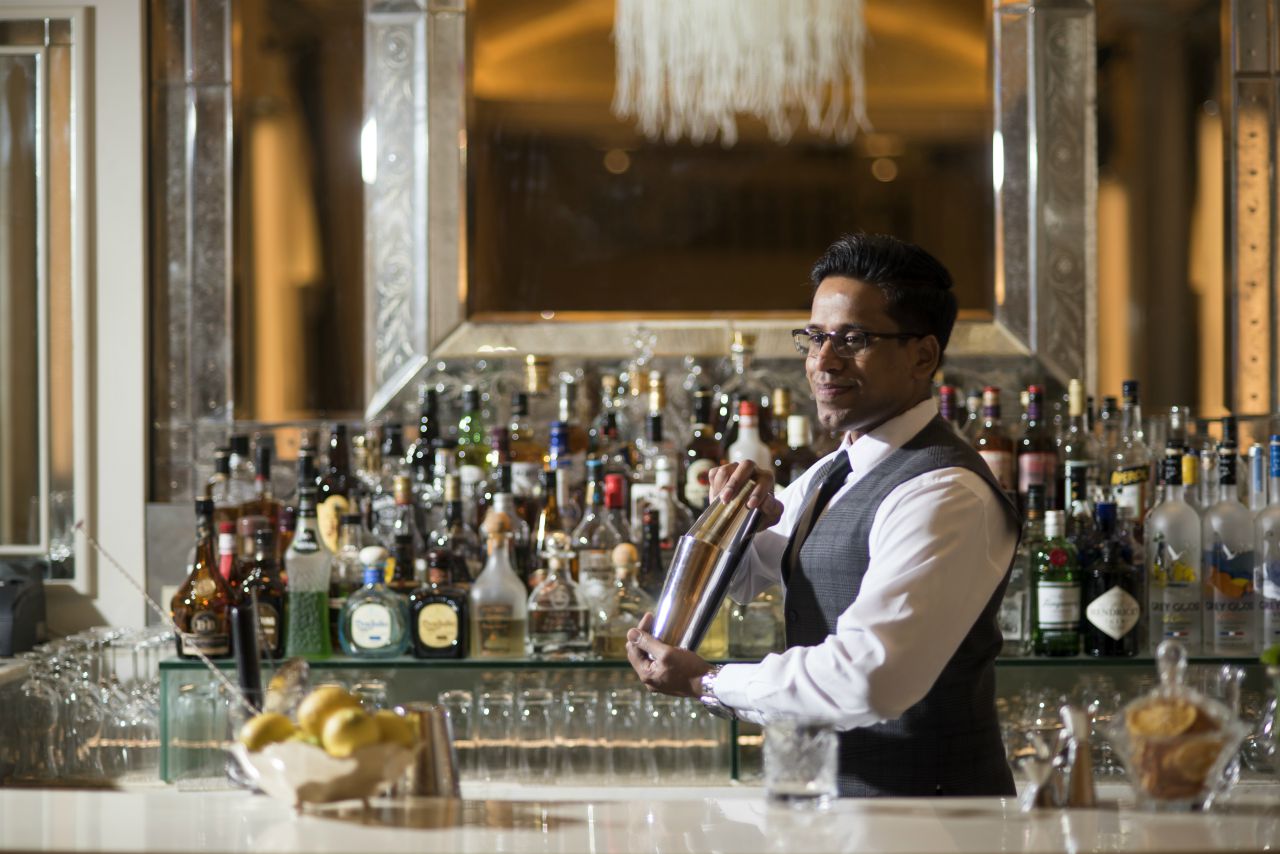 On August 4, this horrible year became a little more wretched when a large amount of ammonium nitrate stored at the port city of Beirut, the capital city of Lebanon, exploded and killed 190 people and caused as many as 6500 injuries. The viral clips that captured the exact moments when the blasts ripped through the port shocked the world even as its effects were physically felt in neighbouring countries like Turkey, Syria and Israel and as far away as Cyprus and parts of Europe. By the time its ferocity had been measured, the 2020 Beirut explosion had been declared one of the most powerful non-nuclear explosions in history.

One month later, we spoke with Olson Pereira, who worked in Beirut for the last couple of years and returned to India in February 2020. Pereira is perhaps the only Indian who worked as a bartender in Lebanon since the turn of the century and we couldn’t be happier to let him talk about his stint in one of the most vibrant Middle Eastern countries that’s dealing with a tragic past and cruel luck. Edited excerpts from a long chat with Pereira in his own words below.

In Dubai, I was approached to go to Lebanon for a project by Makram Salha, the owner of Phoenicia InterContinental Beirut. I took a small beak and left for Beirut, knowing little about the country. The locals took some time to warm up to me but in about six months I became the face of the hotel.

We built a team of about 14 bartenders and eventually, I became the head bartender at InterContinental Phoenicia Beirut before going to join Hooch Boutique and Drinkery in the city, Salha’s dream project that was long in the making.

Salha wanted a Japanese-style bar concept with just 13 seats with a boutique next door that was frequented by the whos-who of Beirut just a few months after opening.

Salha was quite knowledgeable and Hooch was pretty premium. Our pouring gin was The Botanist, pouring rum was Mount Gay, and pouring bourbon was Eagle Rare 10 Years and so on. The venue also boasted the biggest collection of Scottish single malts, bourbons, tequilas and rums by the dram. Along with cheese, charcuterie and cigars, Hooch was one of the best drinking experiences for people in Beirut. In Lebanon, it is the norm to meet up at a bar and drink with your group. The bar culture is well-established and with low taxes and reasonable prices, gaining customers was never an issue. In fact, the streets in Beirut can be full of bars and restaurants such as Gemmayze and Mar Mikhael.

People are much more relaxed and like to let their hair down at the end of the day. They love to dress up and go out partying. The locals don’t worry about the future and are happy to live in the moment. Part of the reason is also because of the tremendous hardships they’ve continuously been going through for the past few decades. Indeed, drinking is a part of living if you’re in Lebanon.

The locals don’t have any restrictions and although it’s a Middle-Eastern country, Lebanon is very liberal. Bar-hopping and happy hours are de rigueur with a booming nightclub scene.

Every bar in Beirut offers something unique and it’s an unforgettable experience going and tasting different drinks in the city. Whether you’re into dive bars, whisky bars, or nightclubs, there’s a bar to match your vibe in the city.

Because of low taxes and Lebanon’s deal with the European Union, sometimes its cheaper to find good alcohol in Lebanon than the host country. For example, some Scotch bottles were cheaper in Lebanon than in Scotland. This encourages locals to try new drinks and keep trying new spirits.

It’s little wonder that Lebanon has two bars in the World’s 50 Best List viz., Central Station and Electric Bing Sutt. A crowdfunding campaign for the latter is already making waves around the world and popularising the bar culture of Beirut.

I have a few other suggestions for a great bar hopping session for anyone who wants to enjoy Beirut’s vibrant bar culture and would highly recommend checking out places such as Ferdinand, Ales and Tales, Anise, The Jerry Thomas Experience, Salon Beyrouth and Vagabond.

WHY LEBANON IS UNIQUE

After working in Dubai where the locals don’t do menial jobs, Lebanon was a breath of fresh air. The weekday starts on Monday and not Sunday as it is with most Middle Eastern countries. People are hard-working and entrepreneurial. After some years, most bartenders go on to open their own bars.

Lebanon is also blessed with good weather and doesn’t have to import fresh produce. Their fruits and vegetables are produced in the country itself and helps restaurants and bars create the best fresh experience for patrons.

Because of its Roman past, viticulture is also practiced extensively with 55 wineries spread across the country. Lately, there have also been local gin, whisky and arak producers and a new wave of craft beer across Lebanon. All of which bodes well for the country’s drinking culture going forward.

THE PAST AND THE BLAST

The August 4 blast took the wind out of the hospitality industry in Beirut. It happened around the time when most bars were prepping for service before opening up and I’ve heard all the establishments were impacted in the five to ten-kilometre radius with shattered glass, doors blown away and broken frames. From smaller outlets all along Mar Mikhael and Gemmayze streets to historic hotels like Phoenicia Beirut that was a battlefield during the Lebanese Civil War in 1975-90, survived a bombing assassination on ex-Prime Minister Rafik Hariri and has to now deal with the aftermath of the explosion.

I also learnt of casualties when the roof of Amelia Bar collapsed on an employee while many others suffered major injuries. Not a single bar escaped the blast completely. I learned bartending from Shatbhi Basu’s Stir academy and was lucky enough to join China House at Grand Hyatt that was frequented by celebrities and VIPs back in 2007. I was even luckier to have Manoj Jangid as my team leader who pushed me to join bartending competitions early on.

I was 22 back then and quite an introvert so this was a big step for me. I joined Bacardi Martini Grand Prix in 2009 and after winning the nationals, I went to Italy where I was the second runner-up. Jangid’s trainer was none other than Giancarlo Mancino, the owner of Mancino vermouth and many other beverage brands. The stint opened my eyes to the possibilities of the bartending world.

I joined other competitions and in 2011 even did a guest shift in Hong Kong much before the concept was as well known as it is today. I had also risen up the ranks and become team leader in less than three years when I got an offer to go to Dubai and work for a luxury hotel company.

In 2013, I joined the Fairmont Hotel in Palm Jumeirah and immediately upgraded my knowledge from cocktails like Margaritas, Mojitos, Caipirinhas, Cosmopolitans and Apple Martinis that were popular in India. This gave me an international edge and pretty soon I was looking at job offers from Lebanon as detailed above.

I left in February 2020 and returned to India because of the economic crisis in Lebanon. The August 4 explosion will test the country even further. But I know the country will rise again with the help of my friends who are doing everything they can to get back on their feet as soon as possible. When that happens, I will go back and meet each of them in one of the best Middle Eastern cities that you can ever think of visiting.

(As told to Priyanko Sarkar)