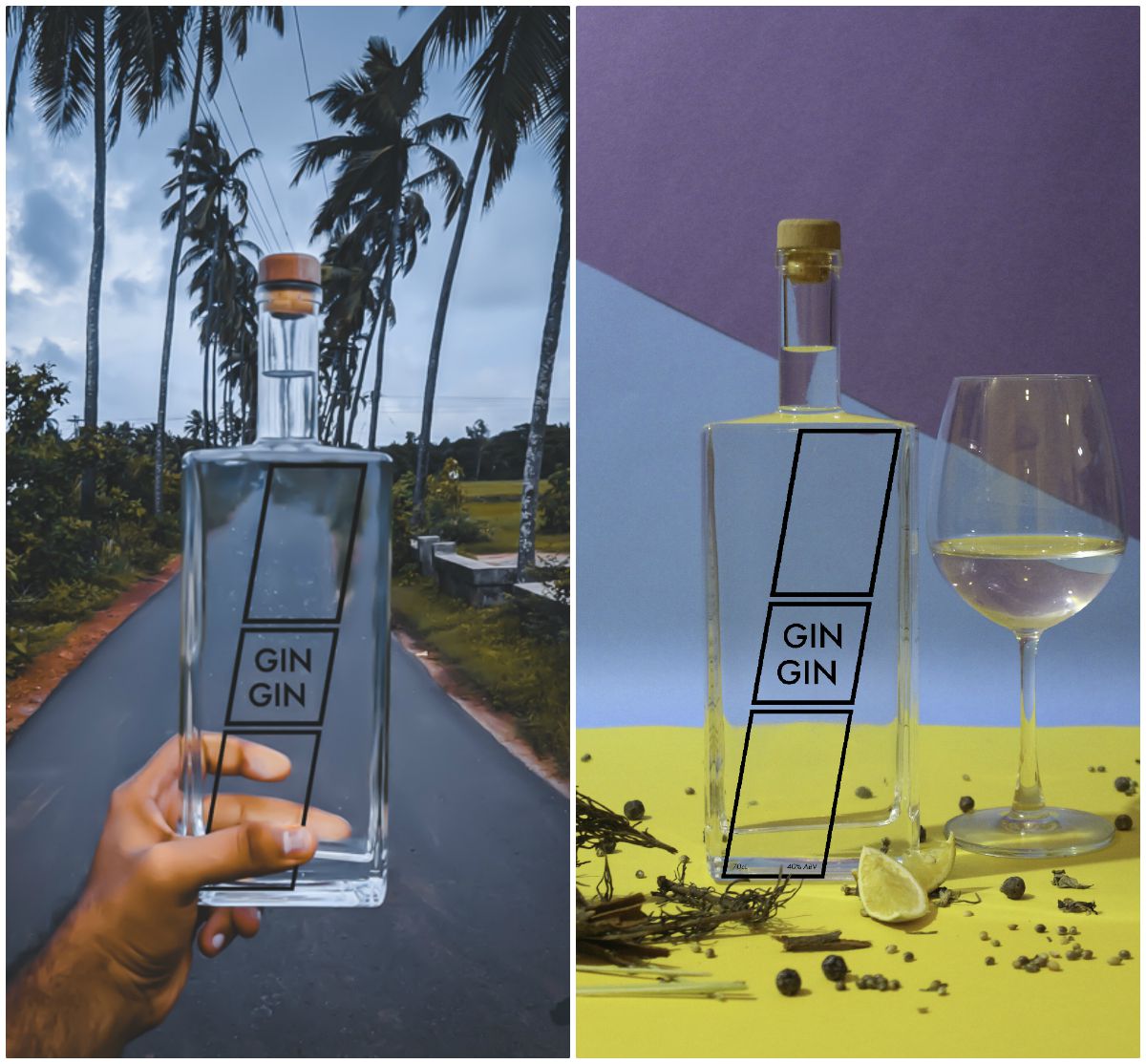 It’s no exaggeration to say that India is having a moment with gin. While the trend began with imported gins and caught the attention of the country, today the movement is sustained and spread by locally grown brands such as Greater Than and Stranger and Sons who’ve made a mark and paved the way for other brands to join the party.

Little wonder then that there are not one but three different gins joining the bar scene in the country in the next few months. Of these, the one that caught our attention was GinGin, simply because it was fascinating to learn that the entire operation has been mounted from an outsider in the industry who’s just 24 years old. Here’s what you need to know about Shubham Khanna, the man behind GinGin and the brand itself.

Shubham Khanna was determined to learn how to make gin before launching his brand. So much so that he experimented with various botanicals and ways of distilling before finalising his own unique blend. He went up to New York, immersed himself in books and after almost 40 variations, he came up with GinGin’s recipe.

Khanna doesn’t have any background in the industry but he knew gin was his drink of choice almost as soon as he came of legal age and began drinking.

Calling himself an oddball, Khanna says that the idea of GinGin came to him because he wanted to make a gin for his friends. “My friends were into brown drinks (like rum and whisky) but I discovered that gin gave me a happy high. I was determined to give my friends the same feeling too,” he says.

To do that, Khanna relocated to Goa (that also houses other gin distillers) and began his experimentation. It was a huge change for someone who’s been comfortable in Delhi but came to the sunshine state based on a hunch and his passion for gin.

Khanna was also disadvantaged by his profession that had consisted of a mix of branding, advertising, photographer and his family business of building swimming pools. The entire operation is bootstrapped by Khanna with a little help from his parents. He says he had to learn everything for GinGin. “It’s all slightly complicated,” Khanna says of his background that led him to GinGin before letting out a laugh.

From his 13th recipe onwards, Khanna began to be drawn towards hemp and wanted to use it as one of the ingredients. “Hemp has a savoury and oily taste that’s unlike any other gin out there. Moreover, it’s also a lifestyle choice for a new generation that relates with hemp,” Khanna says. Indeed GinGin’s main USP is that it is India’s first hemp gin brand.

The other botanicals in the drink include juniper (of course), coriander, lavender, cinnamon, lemongrass, rosemary, carraway seeds and butterfly pea flowers “that cuts the hemp’s oiliness”. Khanna isn’t worried about the largely unspecified status of hemp in most states saying that it’s legal to produce and are a superfood.

Joining the #VocalForLocal bandwagon by chance, GinGin is made using a handmade custom column still from India as well, making the entire process from ingredients to bottling an all-Indian affair.

He says that GinGin is well suited to making cocktails and isn’t exactly a sipping gin. According to Khanna, a good G&T and Negroni are some of the best drinks that can be made with GinGin.

Once Khanna was satisfied with the final product, he set about branding his dream gin. Inspired by stories of Salerno monks in Italy who reportedly made the first gin in the world in the 1100s, Khanna named the brand after the Italian word for cheers Cin Cin. “There’s a widespread story about the Dutch creating gin but I wanted to pay homage to the original creators. GinGin is my way of doing that to Italy’s  Salerno monks,” he says. He has also gone so far as to name the Instagram page GinGinwala “as most bartenders in Goa whom I went to for tastings started calling me by that name saying ‘GinGinwala has arrived’”.

Khanna is looking forward to the launch of more white spirits and his fellow gin brands saying he’s received incredible from the industry so far. “Our history with gin hasn’t exactly been great. When I started drinking, there was no big gin brand to speak of. With big names from outside India and our homegrown brands, the future of gin is definitely bright,” he says confidently.

GinGin is all set to launch in Delhi before being introduced to other states. The coronavirus made a dent in the brand’s launch schedule but Khanna is pulling out all the stops to make his maiden venture with gin a standout success. Planning every stage of the product from inception to launch has made him learn a lot and he’s determined to give back what his parents asked for in return for their investment – a freshly made batch of GinGin on the house.