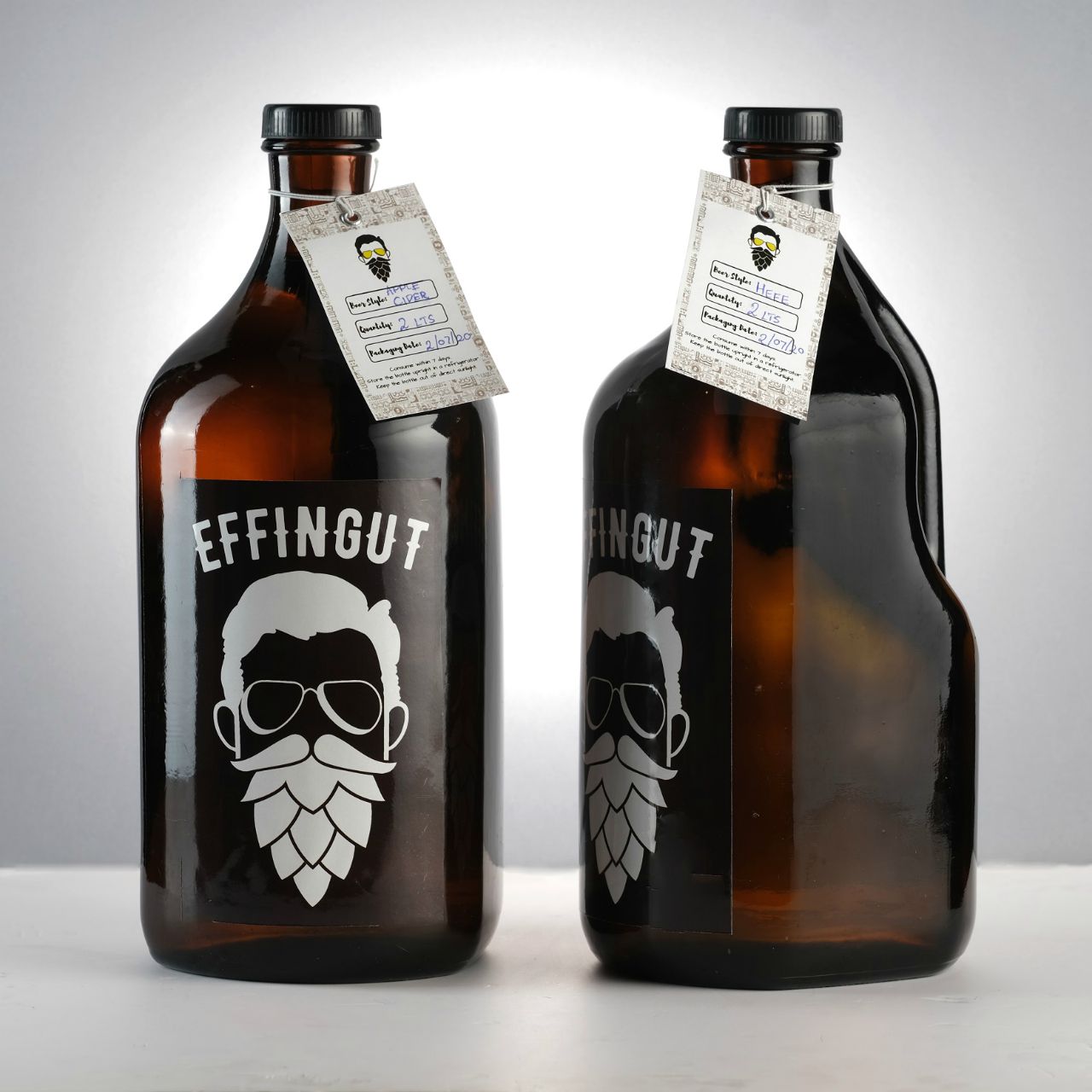 Imagine waking up and craving your favourite lager or IPA, walking up to a retail store nearby to pick up your beer of choice along with some food to go. If you’ve been picturing this happening in some Western or South East Asian country, then it’s time to wake up and smell the beer.

Popular craft beer chain Effingut has launched what it calls India’s first retail craft beer chain in Mumbai and Pune that does exactly that. Called Effingut 2 Go or E2Go in short, the concept is similar to a craft brewery restaurant without the hassle of actually booking and spending time in the establishment. Rather, E2Go has been conceptualised keeping in mind the takeaway food concept with a 15-minute time frame from entry to exit planned for the consumer.

Manu Gulati, who owns Effingut, says that things started to turn for the craft beer industry once the state government decided to allow growlers to be delivered at home. “I was part of the committee that said why don’t you allow us to sell beer like wine shops. We didn’t ask for any sops or discounts; rather we said if you allow us to sell to the final consumer directly the state government will earn more revenue,” Gulati adds.

But getting the nod from the state government was just the first step. The next step was to figure how to package beers so that its purity and freshness remains intact until it reaches the consumers’ home – and to do it under complete lockdown. Effingut used counter pressure fillers and PET bottles instead of glass that had a possibility of blasting and hurting people.

The initial response to that enthused Gulati to build on the idea of E2Go. Using its beer shoppee license, the craft beer maker shortlisted Pune and Mumbai to launch its outlets. Currently, four outlets in both cities viz., Bandra and Andheri in Mumbai and Kothrud and Salunkhe Vihar in Pune have opened for business with the E2Go model.

“We understand how Covid-19 has changed the public’s perception about eating out. With E2Go, we’re trying to turn into a convenience store for beer in what could probably be the first of its kind in the world,” Gulati says.

Each outlet will also house a hot dog stand with menu inclusions such as Bratwurst and smoked Krakauer sausages. These will be paired with hot dog buns that are again made in house as beer bread, made from the very same spent malted grains that make their signature beers. Beer Bread will also be available for purchase as loaves and baguettes.

Effingut’s beers are priced at INR 449 per litre in Pune and INR 499 per litre in Mumbai. The recyclable PET bottles are free while the glass growlers cost INR 125 for 1.1 Litre and INR 300 for the 2.5 Litre Growler. The company also plans to introduce 5- Litre stainless steel growlers at a slightly later date.

Effingut’s past experience also comes into play to ensure that E2Go is successful from the get-go. Not only does the brewery know the life cycle of its beers, it also knows consumption patterns of consumers in different cities. According to Gulati, while Pune has a sweeter palate, Mumbai tends to experiment with more advanced hoppy beers. It has also invested in its own cargo to ensure delivery of its beers from its Pune brewery to Mumbai thrice a week. E2Go will also present a digital series titled Entertainment 2Go that will feature live sessions with its artist alumni on Instagram.

The E2Go concept is not limited just to Effingut’s beers. Gulati says he plans to work with other craft brewers, cider and mead makers to stock their products as well. He is also looking at small wine labels to stock at his outlets. “We have 14-20 taps and I would love to offer some of them to my peers to put up their beers. The only rule we follow is that whatever we stock has to be craft, be it beers or meads or even wines eventually,” Gulati says adding that imported glassware and Effingut merchandise would also be sold at the outlets.

There might be four E2Go outlets currently operational but Gulati has bigger ambitions for his newest baby. “We have already identified 40-odd locations in Maharashtra so far. We want to be in every locality in the state,” he signs off.