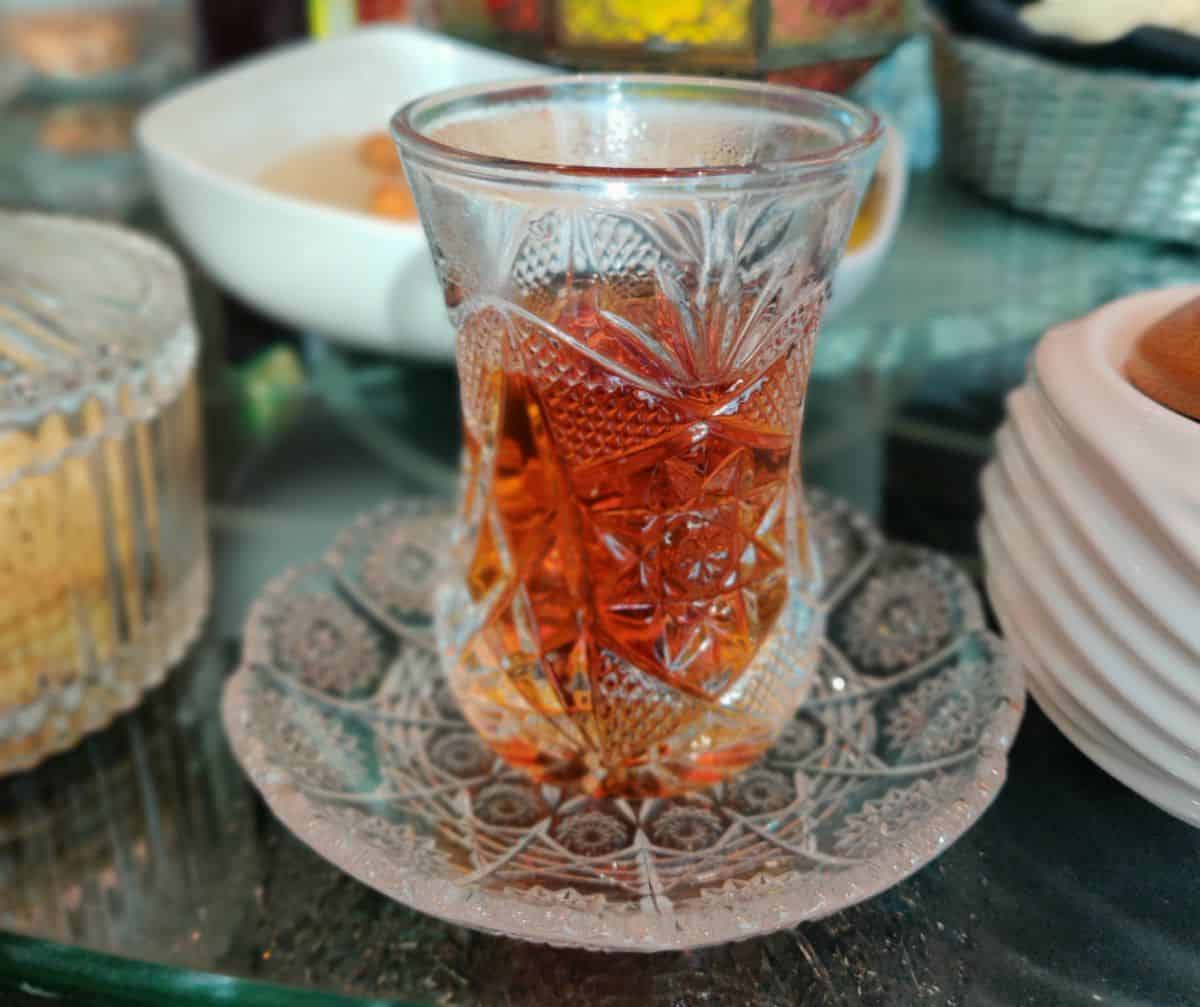 In Azerbaijan, it’s the taste of tea that decides if a man will get to marry the woman he desires. When a man’s parents visit the girl’s home to seek her hand in marriage, the latter’s parents shower their blessings by serving glasses of sweet tea known as ‘shirin chay’. This means that the wedding preparations can begin. However, if the tea is served without sugar, the answer is no.

Known as the ‘Land Of Fire’, Azerbaijan is a little-explored nation that lies in the Caucasus mountains, sharing its borders with Russia, Georgia, the Caspian Sea and others. Its exoticism lies in its ‘East-meets-West’ culture; historical and cultural heritage with mausoleums, castles and over 7,500 other monuments; and its tea drinking traditions.

Locally known as ‘chay’, tea is integral to all aspects of Azerbaijani life. They drink tea on all occasions and even have a phrase for it: ‘Çay gəlsin (Let the tea come)!’ The beverage is called for when a deal is brokered, when meeting a long-lost friend, at a celebration or when bidding adieu to a deceased. The hospitable Azerbaijanis welcome guests with tea too.

Across the country’s beautiful villages, mountain regions and its capital city of Baku, you’ll find a number of chaykhanas or tea houses with distinctive ambience – oriental, modern or Soviet-style harking back to the times when Azerbaijan was part of the Soviet Union. These tea houses, historically visited only by men, are spaces where people drop in for tea, to socialise, discuss politics or simply, relax. Over this beverage, people also engage in a game of backgammon at the chaykhanas.

Travel Back In Time

With its origins rooted in China, tea is believed to have travelled to Azerbaijan via the Silk Road during the Middle Ages. Over the years, Azerbaijanis have embraced it as somewhat of a national beverage. The country is a tea producer too. The first attempts to grow tea were at the beginning of the 20th century. Tea production was an important industry in the Soviet era. It thrived in southern regions of Masalli, Astara and Lankaran. Celebrated as the ‘tea city’, Lankaran is also home to a giant monument of a samovar.

The Samovar – a large, urn-like, wood-fired container that is used to boil water – is important part of the tea-making mise-en-place. It lends a distinct aroma to tea. Records suggest that the samovar originated in Russia but a similar contraption has been found in archaeological digs in Azerbaijan too. Here, you’ll also find samovars made by copper craftsmen of the Lahij community, which has been granted the UNESCO Intangible Cultural heritage tag.

The locals love their tea sweet. Except that the sugar cube isn’t added directly to the tea. It’s dunked in the drink, bitten off and then, the tea is sipped. This method stems from the Medieval times, when the kings feared being poisoned by tea. So, apparently, they’d dunk a cube in to see if the liquid reacted to it as a way of ascertaining whether it was lethal.

Varieties such as black tea, thyme tea and tea with rose water are part of the Azerbaijani repertoire. The tea is usually brewed for up to 25 minutes to extract its flavours. Strong in flavour and rich crimson in colour, the tea is served in armudu or a pear-shaped glass. This shape helps retain the tea’s hot temperature at the bottom for a longer period of time.

At a recent chaykhana session hosted by the Azerbaijan Tourism Board in Mumbai, we savoured the tea with a number of snacks or as Azerbaijanis call them – dishleme (bites). The accompaniments included dried apricots, jams and preserves, pakhlava that’s similar to the Turkish baklava and dolma – bite-sized, tender grape leaves filled with different stuffing including rice.

Azerbaijanis say ‘chay nedir, say nedira’ that roughly translates to ‘drinking tea has no limits’. And if you take a sip of this heart-warming concoction, you’ll agree too.

Azerbaijan has a rich wine tradition too. With vinifera grapevines growing naturally in the valleys of the Caucasus, it’s considered as an ancient cradle of viticulture. The region has produced some fine wines over its celebrated 6000-year wine history and in the last decade, the country’s wine industry has expanded rapidly due to investments in technology and experiments with both internationally known grape varieties and local alternatives.