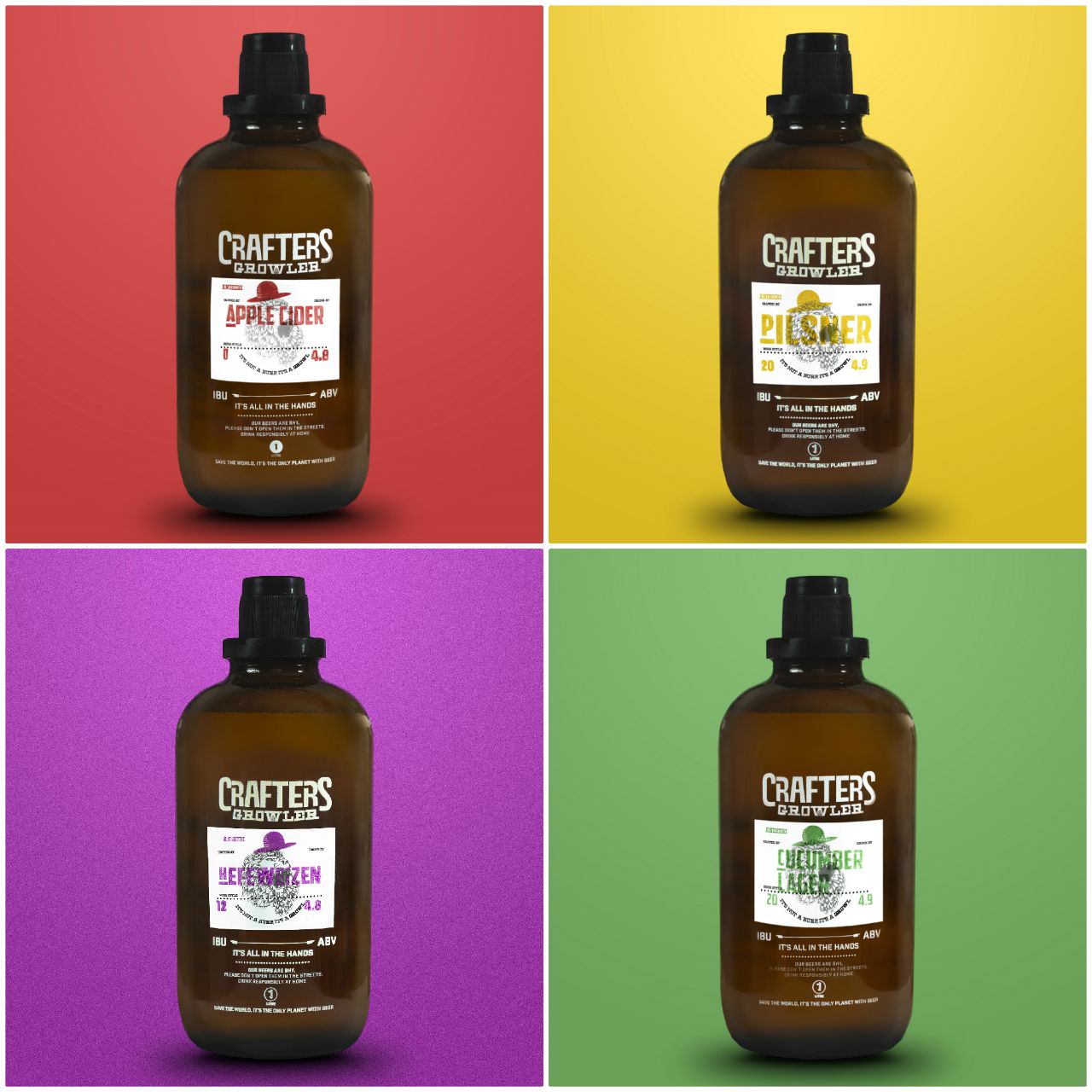 Mumbai’s second microbrewery Crafters has launched its first beer growler station in the city. The microbrewery aims to directly connect with consumers and take advantage of the state government’s new law that allows growlers to be delivered in the city. While there’s quite a technicality attached to it, essentially growlers are pressurised containers that are capable of carrying fresh beer without compromising on its quality for a certain amount of time.

“The craft beer industry was hit majorly during the pandemic and it became necessary to find an alternative to survive the current phase. I’m very thankful to the Maharashtra Government and the Excise department as they have understood the pain points for the industry and have approved sale of beers through growlers,” Vipul Hirani, CEO and Managing Director of Crafters said and added, “The launch of our growler station will be our first step towards starting our new journey in the industry. Our topmost priority is to provide our patrons with the same beery experience that they enjoyed at our taphouse. This will also mark a bigger comeback for Crafters as a brand along with opening future expansion doors.”

The growler station is an additional source of revenue for the craft beer maker and is a direct way to reach consumers. Until recently, craft beers could only be sold at the premises of the microbrewery or through restaurants. However, since restaurants have opened with limited capacity and the full dine-in experience is still months away, the growler station becomes an important intermediary for consumers looking to source fresh craft beers. For example, Crafters’ beers are also available through Bandra-based restaurant The Little Easy.

“The pandemic has taken away a lot of things, including the privilege to meet friends over beers. With our growler station, we aim to bring back some element of comfort so you can enjoy beers if you’re hosting a house party,” Hirani told Gurgl.

At present, Crafters is offering classics such as Belgian Wit, Apple Cider, Pilsner, a clean and light Cucumber Lager and a fruity Hefeweizen for consumers to choose from along with Marzen, the Octoberfest lager. “Hefeweizen and Belgian Wit make up half of our sales while the Cucumber Lager is made to counter the October heat,” Hirani explained.

4 Reasons To Join Us On Instagram Today As #GurglTurns1

To increase its area of coverage, Crafters is looking to add two more growler stations in the city soon as well as a taproom in 2021. Hirani said that he’d like to open one growler station in Pune as well but fears he may be stretching things too thinly.

What he’s secretly saying is that the brand’s tagline of ‘It’s all in the hands’ now refers to consumers and how much they’re willing to experiment and order beers at home. The answer, as with most good things, will only come with time.