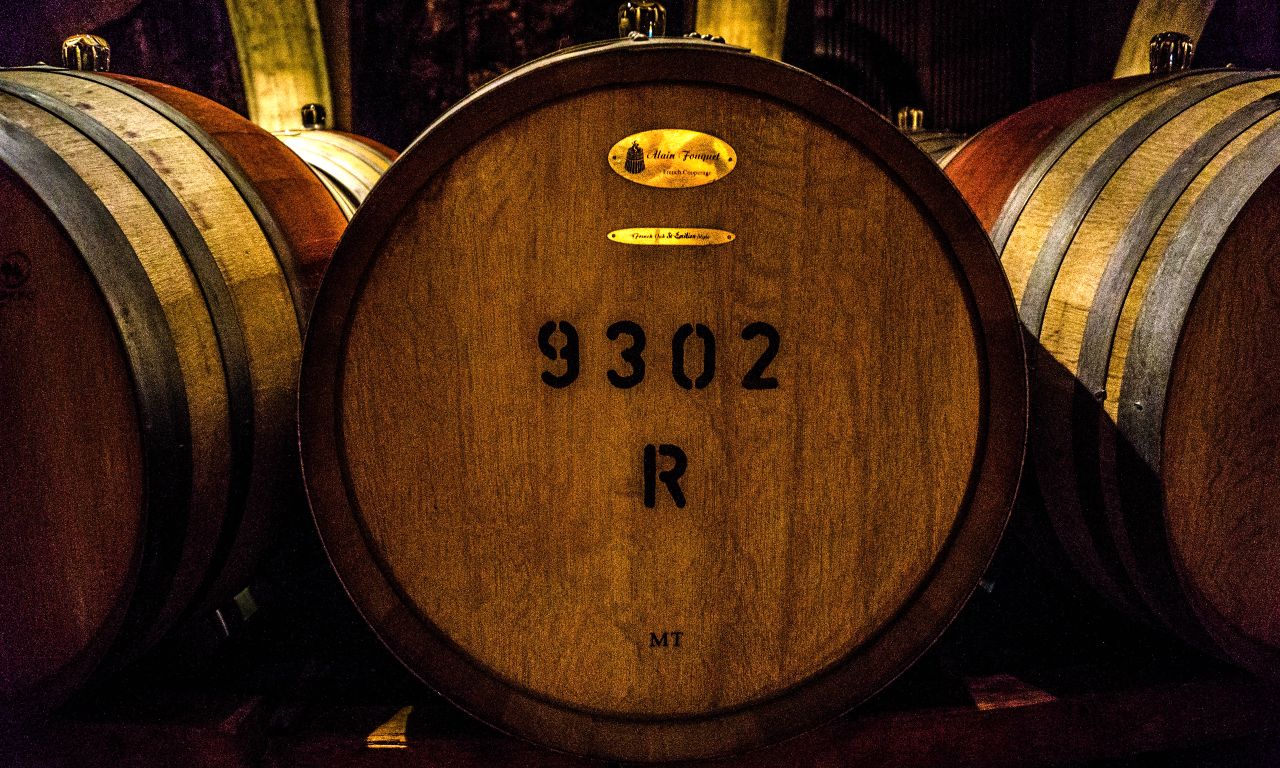 While there is a certain amount of magic bestowed on the work of the stills in forming the spirit, it is the complex interaction between wood, spirit and time spent in barrels that gives whisky its colour and most of its character.

When whisky spends years resting in casks, it’s vital that the vessel is in optimum condition to do its job. Used by breweries, wineries and distilleries all over the world, the construction of a quality cask is far more complex than simply bounding a few staves together.

A cooperage is a facility in which casks or barrels are made, and a person working at the cooperage is called a cooper. Fun fact: This trade is the origin of the surname Cooper. Here’s everything you need to know about an oft-neglected part of whisky-making. Because new whiskey (raw distilled whisky) is colourless and clear, it falls upon the humble cask to add sweetness and spice while mellowing the liquid at the same time.

In the UK and the rest of Europe, the legal minimum maturation time is three years. But these three years are of course just the beginning for a single malt whisky. The top products of the malt distilleries reach their prime only after 15 to 25 years. During the slow maturation over many years, the unique aromas of the young whisky become mellower and more complex. Oak is the wood of choice for manufacturing whisky casks, and is a legal requirement for Scotch and Bourbon. Why oak? It’s strong, can be coopered into a cask, is liquid-tight and releases flavours such as vanilla, caramel and nuts when toasted. Through oxidation, oak also allows air to flow into the cask. This helps remove undesirable flavours and harshness, increasing the flavour and complexity of the final whisky. How Barrels are made:

The process of crafting a cask begins in the forest. Oak trees that grow tall and straight without low-hanging branches are harvested and sent to a sawmill where the heartwood is carved into staves. Each tree can provide enough wood to make around three barrels.

When it is felled, a white oak tree contains around 60% water, so when the quarter-sawn lumber arrives at the cooperage, it must be dried out first.

A cooperage will usually air-dry the lumber for a period lasting a few months to a few years, depending on the oak species, its moisture content and its future use. This process not only allows the moisture to evaporate from the wood gradually, preventing any cracking or splitting, but also lets any tannins and other unwanted compounds in the wood break down.

Oak destined to make wine casks on the other hand are seasoned outside for considerably longer, often up to 36 months.

The cooperage then finishes drying the lumber in a kiln at around 65.5-degree Celsius for anywhere between a few days to a few weeks to reach a moisture content of around 12.5 percent. Not all oak is air-seasoned though – some distillers choose to work with casks that have been kiln-dried only. Regardless of the seasoning approach, once the oak is dry, it can be cut and shaped. Holes are drilled into the sides of the smaller pieces that are fitted with dowels and attached together to form a square of flat oak. The squares are cut into circles with a rounded edge, and will later be fitted to the cask to form its ends.

The long, planed pieces of oak are shaved into a trapezoid shape to create staves, which will neatly form a barrel shape when fitted together.

The act of assembling, or raising a cask is a bit like solving a puzzle. The cooper uses an average of 31 staves per barrel, but with each one a different width, they must select the most appropriate sizes to form a leak-proof cask with no gaps. A very wide stave is selected at the beginning, in which a bunghole will be drilled following assembly. The cooper uses temporary steel hoops to secure the staves together.

To bend the staves into a cask shape without cracking or splitting the wood it is steamed, and bound by further temporary hoops.

Before the ends can be fitted, the interior of the cask must first be toasted and/or charred, depending on the requirements of the distillery, winery or brewery.

Toasting and charring both involve heat-treating the oak to prepare it for the new spirit it will hold, although the processes do differ.

Toasting is the art of slowly heating the wood. It involves holding the cask over a heating element or flame for several minutes, depending on the depth of toast required, to break down wood compounds that extract specific characters into the whisky. For instance, toasting breaks down lignin that creates vanillin, the source of whisky’s vanilla flavours. If you go to a really high toast temperature, you might get smoky or mocha-type characters, whereas lower temperatures may extract flavours that are more fruity or spicy.

Charring involves setting the interior of the cask alight for a much shorter period, just a few seconds, to create a char layer that will react with the spirit and remove unwanted flavour compounds during maturation. While toasting goes deep into the wood, charring affects only the surface of the cask.

Some casks need to be ‘toasted’ to caramelise the wood sugar, just enough to open the pores but not enough to burn too deep. While it is a legal requirement for all barrels used in the maturation of Bourbon whisky to be charred, they do not have to be toasted. On the flip side, the barrels used to mature wine and beer are simply toasted, and not usually charred. Once the interior has been toasted and/or charred, the cask is fitted with its permanent steel hoops – the head hoops go around either end, the quarter hoops around the tapered lengths, and the bilge hoops either side of the belly. A groove, or croze, is carved at the end of the cask to fit the ends (which have also been toasted and or/charred). A bung hole is drilled in the widest stave and fitted with a cork or plastic bung.

The cask is then filled with a small amount of water and pressurised air to test for leaks. If the cask is deemed ready, it is shipped out to the distillery, brewery or winery ready for filling. If leaks are found, the cask is repaired with reed or cork wedges and spiles, although sometimes individual staves may have to be replaced.

A cask’s lifespan depends on what it is used for. Those used by the Sherry industry in solera systems can often be decades old, while Bourbon producers, which can only use new American oak casks, only use theirs for a few years before selling them on to another industry.

The majority of casks used by Scotch distillers will have already been used to mature or store Bourbon, rum, Sherry, Port or wine, among other beverages. The first time one of these casks is used to mature Scotch it is known as a ‘first fill’. Subsequent uses are known as ‘refills’. Sometimes whisky is given an additional period of maturation in another cask that will impart different flavours. This process is called cask finishing, or secondary maturation.

After some time, a casks’ ability to effectively mature whisky diminishes as the toasted oak’s sugars are depleted and the char layer gets exhausted. However, these casks can be rejuvenated through a process called STR – shave, toast, rechar. Obviously, there are only so many times this process can be repeated before the cask is deemed ‘knackered’ and retired from use. The sherry butt, the port pipe or puncheon:

All three have a capacity of 500-700 litres and are originally used for the maturation of fortified wines. The 700l port pipe is the largest while the 500l puncheon the smallest of the three. While the port pipe is long and slim, the puncheon is shorter and bulkier than the sherry butt. All three are made from European as well as from American oak.

These casks have two sub-types: The sherry hogshead made from old sherry casks, and the American Standard Barrel (ASB)-turned-hogshead. The latter is built by reassembling an ASB and adding more staves and new hoops to increase the capacity to 250 litres. Out of four ASBs, you can make three hogsheads.

During maturation, chemical reactions take place between the alcohol, the aromatic substances and the wood. Beside the sherry or bourbon remainders in the barrel wall, the alcohol also extracts tannins, vanillin and caramel from the wood. The contact of the whisky with the wood of the cask wall is therefore essential.

Thus, knowing which wood and what kind of barrel to use for different wines, beers and whiskeys is all a part of the ancient knowledge coming down from generations of coopers running cooperages. If transforming liquid into the spirits we enjoy is science then crafting trees into barrels is surely an art form.