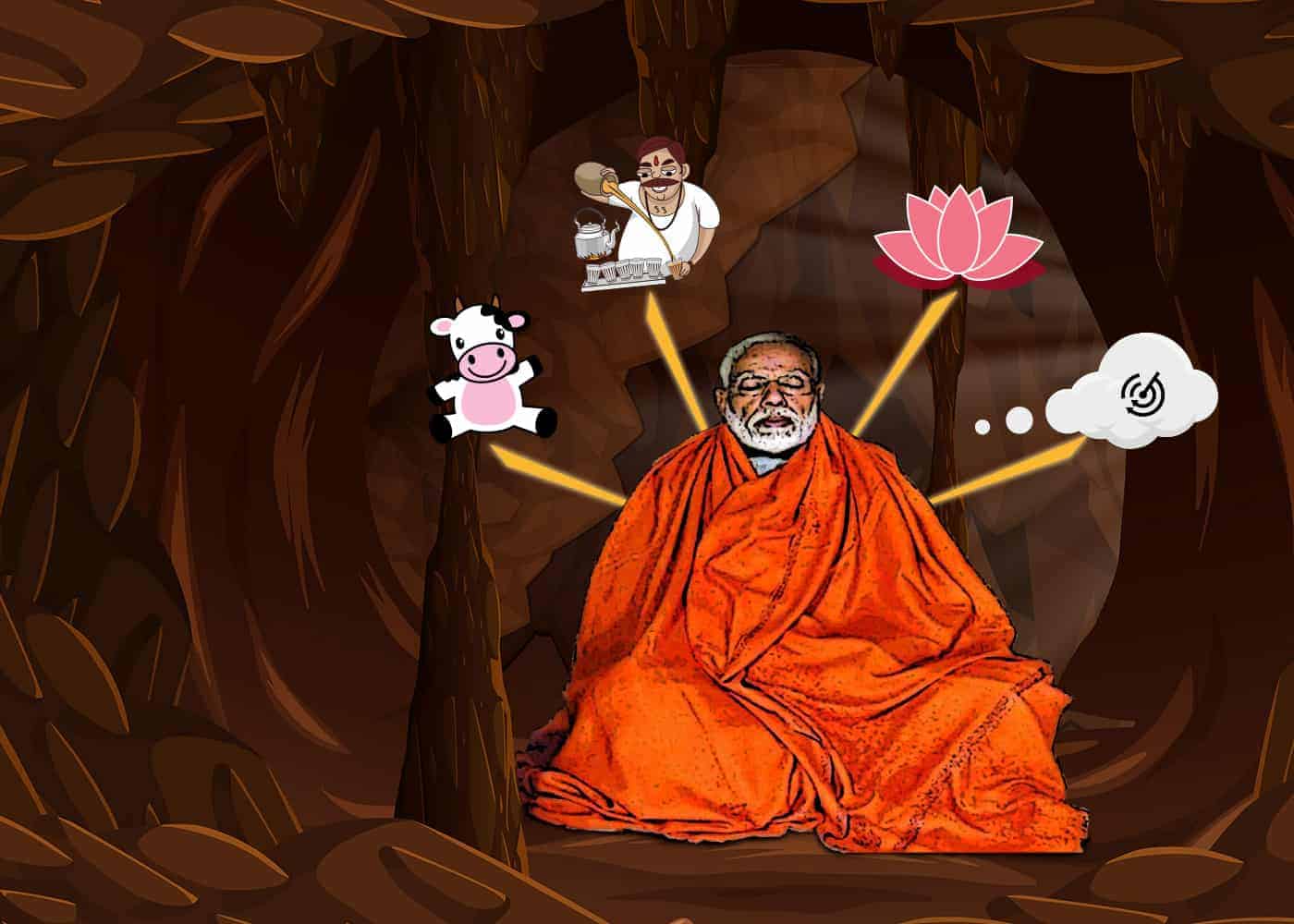 With the victory of Narendra Modi’s NDA, the only question we’re asking ourselves is what we’ll be drinking for the next five years. Whether its celebrating their victory or drowning in sorrow at the results, we decided to come up with BJP-themed drinks that should be on your menu at some time over the next five years. After all, you can’t escape them until 2024.

Yep, cows are back in focus. From hi-tech cow-tagging to cow protection squads, this is the best time to be a bovine and bask in the sun. Hence our drink named Cow Girl. Before you get naughty ideas, be aware that this drink could contain the most potent ingredient of all – cow urine. Mix it with any alcohol and magically watch your cancer disappear.

Do You Tea Me?

Tea cocktails for the win all the way. No one has milked and strained the chaiwallah theory more than Prime Minister Narendra Modi. So much so that his unrelenting focus on his ‘humble’ background to take on the Congress dynasty sounds like a broken record now. Make no mistake though, this is what has helped him launch the saffron banner of his party across the country. Hence our suggestion to try this Spiked Blood Orange Tea cocktail. It can’t get more perfect than that, can it?

With more than 300 seats, it seems more like hocus pocus magic than reality that the NDA has returned to power. Of course, there was the story that a lotus had bloomed at the BJP party headquarters a day before the results – a script that even Abbas-Mustan would’ve been shocked to hear. With Modi’s star return as the James Bond of Indian politics, here’s a recipe for Lotus Blossom Martini. I mean you can’t come up with a more apt drink. We’ll leave it up to you to decide who’s shaken and who’s stirred at the end of it all.

Have you heard Prime Minister Modi’s version of how we conducted the Balakot air strikes despite poor weather? Yes, we used cloud cover to evade being detected on enemy radar – a statement that would have made weapon manufacturing companies gasp for its sheer stupidity. But we’re above all that  of course. So why not use the incident to try some cocktails that usually fly under the radar and give them their due?  Here’s one of Ernest Hemingway’s famous cocktail called Death in the Gulf Stream, another interesting one with gin called Black Mamba Kiss and our favourite one called Income Tax Cocktail.

Did you know May 21 was World Meditation Day? Of course not. Do you know all about Narendra Modi’s visit to Kedarnath around the same time? Of course. His picture clad in saffron robes (of course) went viral and is still making the rounds of news circles. Modi even thanked the Election Commission for letting him rest after all the campaigning – despite the model of conduct still being in place.

You have to marvel at Modi’s style of connecting with all kinds of audiences and knowing what makes their hearts move and minds tick. There is no cocktail better than Mindshine – created during World Meditation Day by renowned bartender Ago Perrone of The Connaught Bar to celebrate this facet of our Prime Minister.

Now go, have a merry time.

15 Of The Best Cocktails You Can Make With Honey