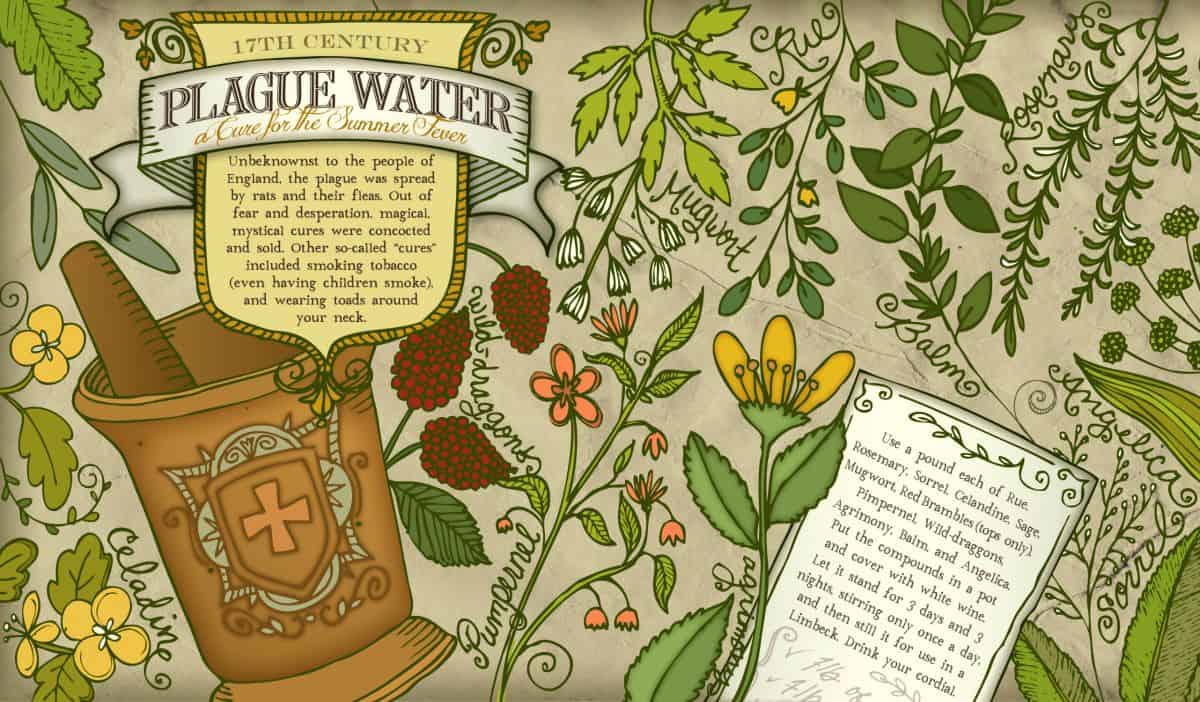 Ever since the coronavirus outbreak broke out, shelves in supermarkets have been empty. People have resorted to panic buying, resulting in a shortage of essential supplies. One product that has fallen prey to panic buying across the world has been the humble hand sanitiser.

Of course, it is necessary to have a sanitiser on you, and one that contains alcohol percentage more than 60. But sanitisers are a pretty recent innovation. We dug a little deeper to find out what people used to disinfect themselves during earlier pandemics. The answer, as it turned out, was something called as ‘plague water’. If you’ve never heard of plague water before, sit tight and let us take you through this ancient invention.

What is Plague Water?

During earlier pandemics, especially when the outbreak of plague happened in 1966 in England, a miracle drink called plague water was what was used to protect people. A common belief during that era was that illnesses were a result of foul-smelling-air, triggering bodily scents. In order to curb these smells, aromatic herbs were used to make plague water.

Various different herbs were used, depending on availability where household distilleries helped to create what was called ‘plague water’ at the time. In today’s day and age, home distilleries are illegal in many places, including the United States. However, this practice was prevalent during earlier times and the plague water cannot be made at home, as opposed to hand sanitisers.

Plague water never consisted of one particular recipe. It was the name given to any water possessing medicinal properties. The only criterion was that the herbs used had to be efficacious. If you want to try out a glass of this magical drink, here’s an easy version for you to understand what plague water was all about.

Some households used as many as 22 herbs, some of which are very difficult to find today.

The plague water was very effective and was bound to work against the plague. If, for some reason, it didn’t, it was mainly because the ingredients were not in proportion, or the drink was consumed too late.

There’s no more plague water in the world today, thanks to medicinal breakthroughs. But it’s a great way to understand how our forefathers dealt with pandemics. Whether its plague water earlier or sanitisers now, we’ve always been creative enough to come up with solutions against a pandemic and fight back resiliently.