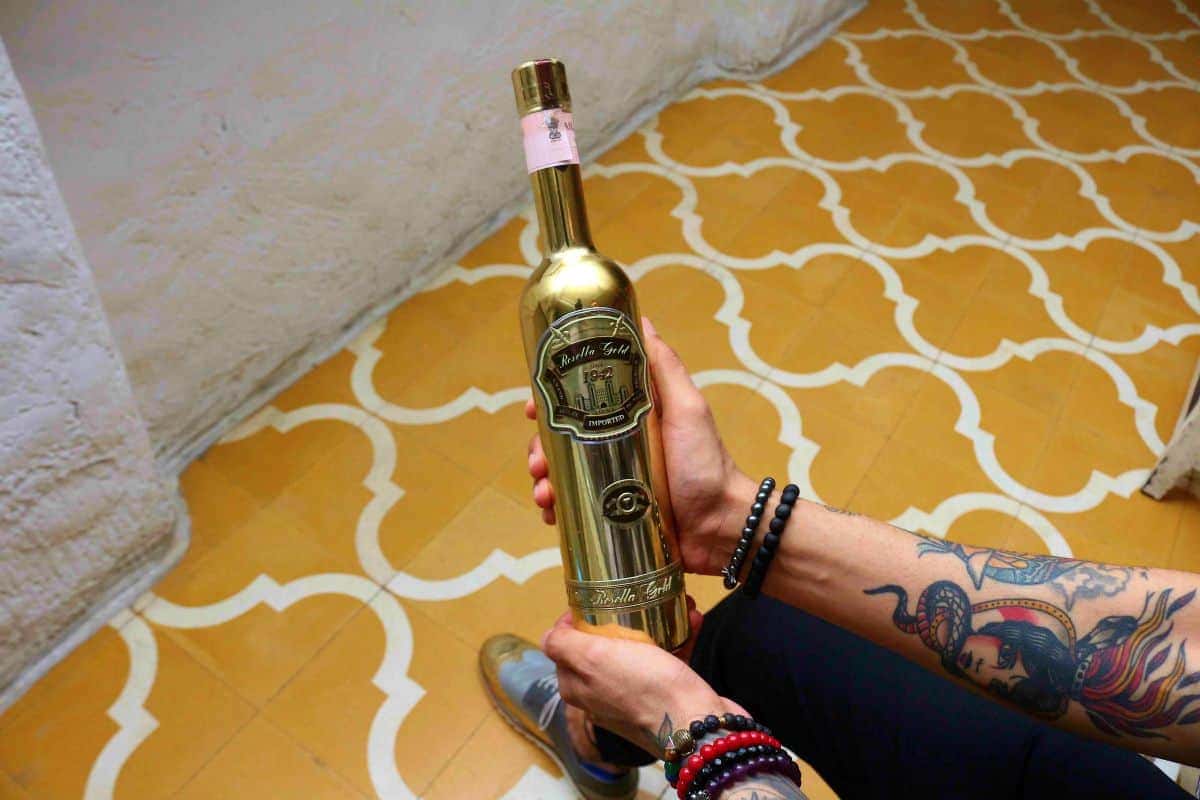 Landlocked among the other ’Stans of Central Asia, Uzbekistan is a fascinating country with splendid mosques, mausoleums and ancient cities that were significant stopovers along the Silk Route. However, not many may know that there’s another interesting facet to this country – its vodka. A legacy left by the Russians during the Soviet era, vodka from this region has now made its way to India too.
Rosella Gold Vodka is a premium vodka produced in the Tashkent-based distillery of JSC Uzbekistan Shampani that was established in 1942. It’s imported in India by Aditya Export and is competetively priced at INR 2500.
“Most of the vodka we drink today comes mainly from Sweden, France or the US. On the other hand, Uzbeks have grown up drinking vodka because of the Soviets and know what good vodka is. I’m happy that we’ve now got original, premium vodka from this region,” says sommelier Nikhil Agarwal of All Things Nice, one of India’s leading wine, spirits and luxury marketing agency – that launched the spirit in Mumbai recently.

While most vodkas are made from potatoes or fermented grains, this one, interestingly, is made from peas. It’s distilled three times, using double-softened glacial water and comes packaged in a beautiful luminescent bottle.
Neither too spicy nor briny, the vodka tastes brilliant in its neat form. As we sip the chilled spirit, we revel in its silken smooth notes that play a soft melody with our taste buds. At the launch event, the spirit featured in cocktails curated by Vedant Mehra of Mumbai’s Olive Bar & Kitchen and Agarwal while the appetisers were curated by chef Viraf Patel.
In one of the cocktails called Garden of Eden, the vodka enhanced the flavours of lemongrass, ginger and litchi juice. In another one called Tea Sour, a take on the classic whiskey sour, the Uzbek vodka featured with green tea, lemon and egg white.

Surprisingly, the menu also included a martini. “It’s such a neutral flavoured vodka that it will go with everything. But I love to have it neat,” signs off Agarwal.