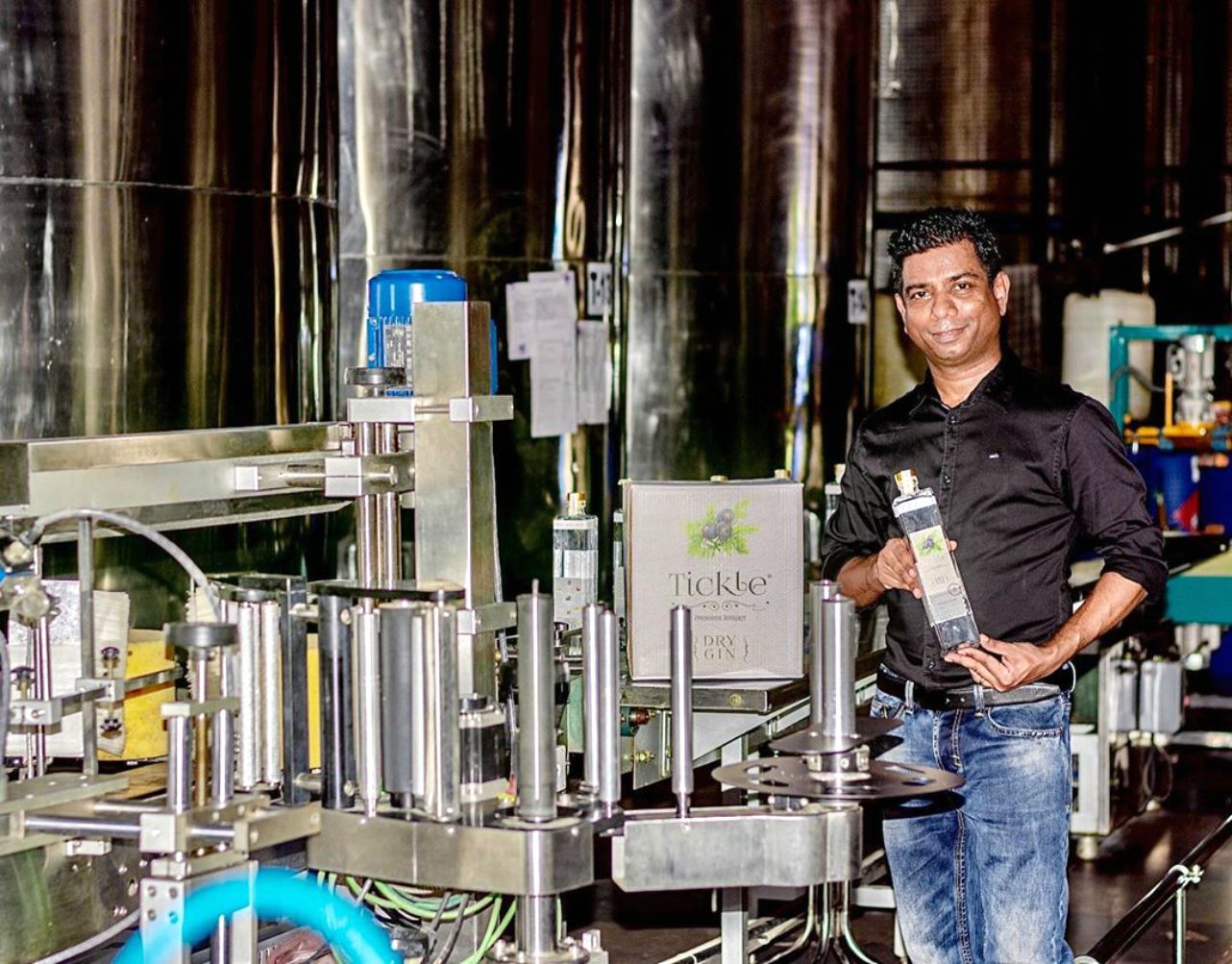 Solomon Diniz keenly saw the rise of Greater Than, India’s first gin brand to capture the imagination of bars and patrons, two years ago. The phenomenal response and acceptance of the brand made him bring his own idea back from 2009.

“I wanted to launch a gin brand 11 years ago but back then there was no demand for it so I didn’t get a go-ahead from my investors. I knew there would be a boom but back then it was a dying product,” Diniz, the head of Adinco Distilleries that produces Tickle Gin told Gurgl. The distillery is also known for brands such as Voodoo Cream Liqueur, Cabo de Goa Coconut Liqueur, Tinto Heritage Feni, Jazz Blue Vodka, Montrell Brandy and Gilmore 18 Select Whisky among others.

When asked about the name Tickle, he said that since gin is considered a feminine drink, a girlish name and attribute was a good choice. “Tickle Gin is dedicated to ladies,” he says.

The Tickle Down Effect

Diniz knew that getting another opportunity to create his gin was his moment to prove that the gin craze was real. He brought in a master distiller and blender from Russia to create the perfect blend of botanicals. “She got the mix exactly how I wanted it with a lingering taste of local raw mango that would make you feel picklish,” Diniz says.

He went a step further and decided to use cold-pressed extraction method to get the flavours from the botanicals. In sub-zero temperatures, the freshness of botanicals is maintained while their characteristics are lost in hot temperatures, he says. An advanced filtration technology to get clarity and a special filter for getting shine round up the production process of creating Tickle Gin.

“We were very clear that we want a juniper-forward gin and not just any flavoured vodka. Sometimes that’s a marketing game but we truly believe we’ve got the juniper-forward flavour we were seeking,” Diniz says.

All Spice, No Brand

Diniz has a bugbear that he wants to address through his products. “We were the spice capital of the world but we have no world-class liquor to speak of. We are an underrated country when it comes to alcohol,” he says and adds an analogy. “Cocoa is grown in Ghana but we only know of Belgian and Swiss chocolates. We need to learn from Japanese whisky companies and the likes of Paul John and Amrut about creating world-class alcohol.” Diniz says he welcomes the new gins that are coming out in the country such as GinGin, Samsara Gin and others. “More the gins, the better represented our botanicals will be along with wider options for consumers to try new gins instead of their regular drinks,” he surmises.

Liqour And The Indian Market

Diniz took over Adinco Distillery when he was just 21 and has learnt many lessons in as many years of running the company. “Today, a lot of brands depend on word of mouth and social media to talk about their products but they don’t spend as much on backend and research. That can hurt in the long run,” he says. He also hopes that Indian liquor laws take a turn for the better saying that the entire system is too expensive for producers. It’s one reason why Diniz is looking at markets like Russia, Canada and some African countries to export his brands.

Today, Tickle Gin has found eager takers in his home state of Goa as well as neighbouring Maharashtra in Pune and Mumbai where it was launched a couple of weeks ago. Its competitive price point and the flavourful botanical mix have drawn in curious gin lovers to sample the brand without using too much marketing muscle. “Right now, our margins are wafer-thin. But it’s a conscious choice as I want gin to spread in Goa and other places. We hope to survive for few more months with Covid-19 restrictions but since everything is out of whack, you never know what might happen next,” he says wistfully. He is hopeful of distillery tours starting soon as other unlock activities start picking up.

While he doesn’t have answers to the current situation, Diniz says that he’s learnt a lot over the years by sitting on a chair, a specific type of chair. “I’ve spent many nights sitting on a barstool. No other chair has taught me as much about the business,” he concludes.