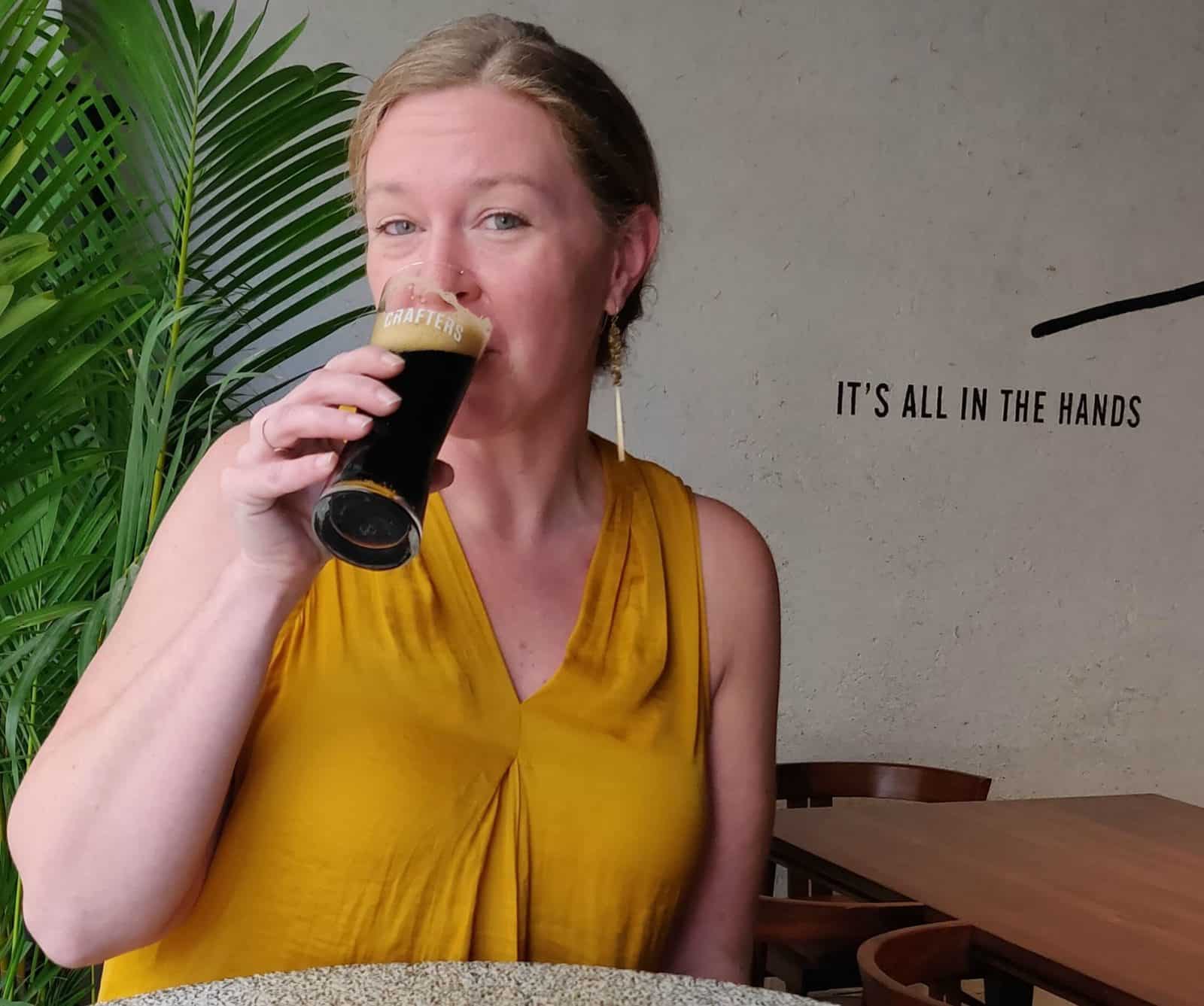 This year marks a decade for Allison Higi in the beer business. It’s a remarkable achievement for Higi as it was not a career she ever saw herself excel in. But one Christmas party, a drunk brewer and a willingness to do something new changed the course of Higi’s life in 2010.

Higi is a biochemist by training and always looked forward to joining a hospital where she could serve. But reality struck very soon and she realised her workplace was filled with sick and dying patients and “wasn’t a happy place”.

So when a friend suggested that she come on board a brewery in her hometown in Indiana back in the United States, she decided to give it a go. “I started as a server learning about the styles and process and build a foundation about the business,” she says . And then luck struck her on Christmas Day. The brewer got into a brawl and punched another employee in the face and was immediately fired – but there was a problem. The brewery had a batch to be worked on immediately and Higi was chosen for her hard work and science background. She has never looked back since that fateful day.

Higi says that the craft beer scene in 2010 was quite different than today. It’s probably when it began exploding from 1500 breweries across the US to close to 10,000 now. “America has gone through various trends in just a few years. First it was all about barrel-aged beers, then sour beers, hazy IPAs and now lagers and Pilsners are getting popular again,” she says.

As with the trends, Higi herself transitioned through various roles – starting as a ‘sellerman’ to getting to the fermentation part to being a quality manager, head brewer and finally a Brewmaster. “Not a Master Brewer mind you because that requires certification,” she adds quickly.

Higi worked at her first brewery for almost half a decade but a couple of things on the personal front made her reconsider her future course of action. Her father passed away and her son, whom she had early, was turning into a rebellious teenager. “I told him I was thinking of taking up a job in Vietnam and he asked me what I would do with my car. I told him he could have it and that was that,” she recalls.

The first full-time beermaker in Ho Chi Minh City, Higi had her fair bit of struggle while brewing beer in an Asian country. Tah, her counterpart at the Phat Rooster brewery did not speak any English, she had to learn how to ride a bike in the most congested lanes of the city and even work with mystery ingredients.

“Since there was no malt factory, we used to import it all. I used to get 50 kgs of malted barley with no idea where it came from so it was very much a situation of ‘work with what you have and what you can’. I used a process called step-mash to make a Pilsner there that turned out to be quite good,” she says of her brewing days in Vietnam.

The brewery also taught her how to work with flash freezing beers as there was no cold storage system that had been developed for preserving beers. Higi calls the process as “a picture of slow death for a microbiologist” to see beer sitting in 40 degrees Celcius and being cooled temporarily before being served.

But Vietnam was a transformational journey on a personal level as well. Higi travelled to other Asian countries and embarked on a healing process as well. “Vietnam was so crazy that I didn’t have to be sad.”

When a close contact referred her for a job at a brewery in Nicaragua, it seemed like a dream. The place was by the sea at a beach town and they had already invested in all the equipment.

Political trouble started brewing soon after and the owners decided to move to Costa Rica and add to the 70-odd breweries in the country. Higi had to shuffle between both countries and managed for a while before personality conflicts made it impossible to continue working, which then finally brought her to India.

Crafters Tap House invited Higi to make two special occasion beers for Women’s Day. To be launched on March 6, the two beers are a curious mix of Indian and Indiana elements. While one beer uses cantaloupe fruit in an IPA, the other has figs in a Porter beer. “They’re both in the fermenter at the moment but the idea was to combine American and Indian elements with the Cantaloupe IPA and Figs Porter,” Higi says. She has also been travelling around the city to talk more about beers and meeting fellow brewers. This interview took place at Bandra’s The Little Easy just after one such session concluded.

When Higi was growing up with her two brothers, she had no idea what sexual discrimination was. Her father ensured that they all did activities together, whether it was going bow hunting or fishing or even working on a truck. “My father and I were close and I did everything with my brothers,” she recalls fondly.

Eventually, when sexism came about in the craft beer business, she says she didn’t handle it well. “Much to my surprise, I found men were better outside the US. And by now I know how to brush things off,” she says nonchalantly and adds, “I’ve been the first woman nearly everywhere I’ve worked and I’ve told everyone that I hope I’m the last first woman to have worked here.

Higi has been looking forward to having her own brewery for a while now. She also acknowledges there’s a slowdown in the beer industry, especially in the US what with hard seltzer and low ABV drinks becoming the norm. “The bubble’s burst a bit there.”

India is her fifth country where she’s brought her trademark scientific style of brewing beer but Higi candidly states she doesn’t know what the future holds. She has played musical chairs across different continents, a Russian roulette of sorts with the only aim being to create great beer wherever she goes.

She also believes that the craft beer scene in India in particular and Asia in general is at the same stage as it was in the US when she started her career a decade ago. “I’m guessing some of the equipment from there will eventually land here in big ships,” she chuckles.

The brewery will have to wait, the beers not so much.