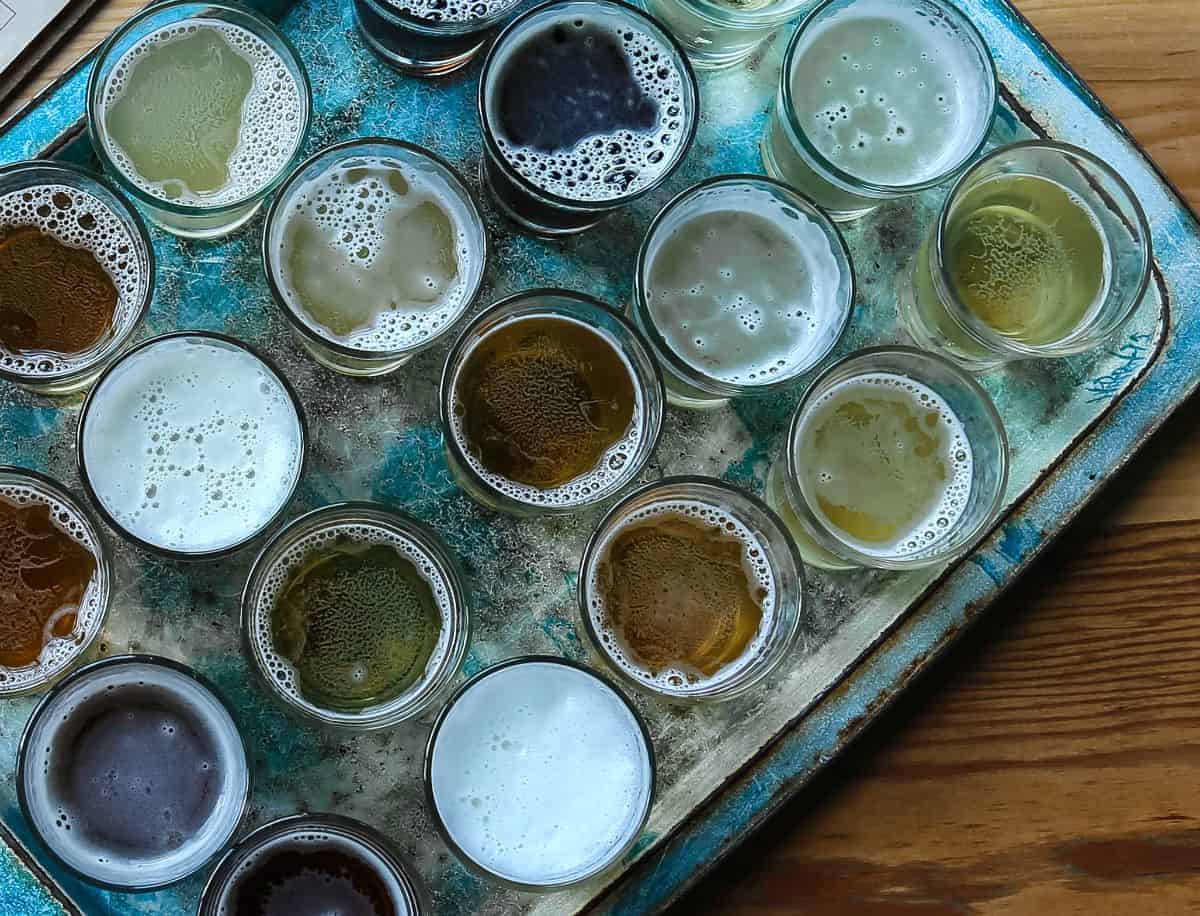 Much of North East India remains a gem waiting to be discovered. Apart from the lush greenery and hill tribes, there’s an exciting world full of fabulous drinks waiting to be discovered for those with an adventurous palate. Indeed, if you’re looking to expand your palate beyond regular and craft beers available elsewhere in the country, you can hardly do better than visiting the North East. The locals are known to brew amazing beers made from rice mixed with other ingredients. Here’s a handy list of all the rice beer available in the region.

Chuwak is one of the most expensive beers available in the state of Tripura. Freshly brewed using fermented rice, Chuwak is famous for its unique taste and aroma. It is also called Langi for the earthen pots in which they are served. Hundreds of tribal women are engaged in its production and sales work of Tripura’s signature beverage that is brewed for three to five days. Locals drink the beer on auspicious occasions and it is also offered to the elite community as well as to Lord Garia by the locals.

Apong is a traditional rice beer made by Mishing tribe in Assam and the Adi people of Arunachal Pradesh. There are two types of Mishing Apong – Nogin Apong and Poro Apong. Nogin Apong is white in colour while the latter is prepared with fermented rice and rice straw that gives it a dark brown colour. Due to its high mineral contents, Poro Apong is also used for medicinal purposes. Preparing the rice beer takes almost three months and involved multiple steps such as mixing leaves, drying, smoking over earthern pots, fermenting and filtration. It is known for its sweetish malt-y taste and also has a reputation as quite a potent drink.

Chhaang is a white-coloured beer made up of rice, barley and millet grains. Although it is a local beverage of Nepal and Tibet, it is also popular in North Eastern communities such as Sherpa, Magar and Temang. Chhaang has low alcohol content but is said to be quite handy during low temperatures. Made by fermenting millet, Chhaang is stored in bamboo barrels called ‘dhungo’ and is drunk from a bamboo receptacle using a bamboo pipe. This ‘hot beer’ is usually drunk in the winter months.

You don’t need to travel all the way to Japan to try sake. Just head to Nagaland to try Zutho, their local beer that’s available in different levels of potency depending on the level of fermentation process. This beer is prepared from sprouted rice grain by the Mao and Nagami tribe of Nagaland. The white-coloured beer is brewed in Kohima district of the state. Zutho is popular because of its fruity aroma and sour taste and is often compared to Japanese sake.

Bitchi is brewed only in the Garo hills of Meghalaya – in fact, it’s a necessity for almost all religious ceremonies performed by the Khasi and Jaintia tribes. The brown and golden coloured beer gets its sweet and smoky flavours from local fruits. Locals swear it’s worth making the journey to Garo just to taste Bitchi and we’re inclined to agree.

Lau Pani is a type of rice beer primarily brewed by the Ahom tribe in Assam. It is used for special occasions like marriage ceremony and offering it to the dead.  To prepare it, rice is mixed with dried herbs and cooked before spreading it over a banana leaf. The mixture is later kept in earthen pots for three to five days.

Yu beer is known to be among the smoothest of North Eastern rice beers and is known for its unusual mixture of sweet and bitter taste. Prepared by Manipur’s Meithi community, it is used for various purposes such as a relaxant, offering to the gods as well as for medicinal uses. Yu is made by fermenting rice using traditional methods such as brewing in earthen pots and takes about four days before it is ready to be served.

Zu is brewed by the Rabha tribe in Assam’s Goalpara district. It is made from fermented rice grains that is stored in an earthen pot called ‘jonga’ and its mouth is covered with banana leaves. After a week or so, the beer is deemed ready for consumption. According to the Rabha tribe, Zu has high medicinal value and helps in reliving headaches, stomach problems, body pain  etc.

Xaj is made by the Ahom tribe in Assam by fermenting rice and herbs and served in traditional copper vessels. It is considered so valuable that Ahom children are often dipped in Xaj for good luck. Xaj may well turn out to be the most famous rice beer of North East India, given the push from Assam to make it as popular as Goan Feni.

Introduced to the Pnar tribe in Meghalaya’s Jaintia hills as a medicinal remedy, Kiad quickly turned into an all-purpose rice beer. Today, it is associated with religious festivals and even on normal days, a small drink of Kiad is considered par for the course by the Pnar tribe. Kiad is comparable with Bitchi brewed in the hills of Garo.

Assam’s Dimasa tribe takes particular pride in Joo, their version of rice beer that is prepared with rice and other local ingredients. Joo is prepared by Dimasa women only during special occasions such as festivals, weddings, death ceremonies etc. In fact, it’s a tradition to present Joo to the bridegroom’s family during arrange marriage ceremonies.

Kyat is probably Meghalaya’s most famous form of rice beer. Indeed, you’ll hardly find an eatery in the state that doesn’t serve kyat or visit a house that doesn’t stock the drink. Garnished with local ingredients and boiled to perfection, kyat leaves the drinker with a nice buzz after a couple of glasses. It is preferred by the locals because of its relatively low alcohol content as well as its sweet and tart taste.

Local leaves and herbs are sun-dried and turned to powder by the Adi-Galos tribe in Arunachal Pradesh to prepare Opo. Rice and some leftover opo from an earlier batch are used to prepare this rice beer that is sealed in a container with a local leaf called oko. The final product takes about 20 days before it is distilled to drink.

The Bodo version of rice beer is called Jou Bishi. It is prepared by softening rice in water for about five hours before being mixed with local plants in a traditional mortar and pestle called wayal. For preparing the beer, both glutinous (Maibra Jou Bishi) as well as non-glutinous rice (Matha Jou Bishi) are used along with a few more steps before Jou Bishi is ready for consumption.

Judima is one of the more popular rice beers on this list. Consumed across the Dimasa-dominated region in the North East in Assam’s North Cachar hills and Dimapur in Nagaland, the community has even applied for a GI (Geographical Indication) tag for its traditional drink. The community also hosts the Judima festival at Haflong every year in a bid to popularize their indigenous drink.

The Deori tribe are considered one of the oldest settlers in North Eastern India. Their version of rice beer is called Sujen with rice being mixed with local herbs and ground together in a special wooden grinder called ‘dheki’. This is further fermented into rice beer in earthen pots called ‘disoh’ for about five days before the beer is distilled for drinking purposes.

The Karbi community in Assam is known to prepare rice beer by fermenting cooked rice with a yeast culture called Thap. Hor-alank is quite refreshing on the palate and is freely available at many social events of the community.

Even with this exhaustive list, we’re pretty sure there are a few rice beers from North East India that we might have missed out on. Do you know any such rice beers? Please let us know in the comments below along with your favourite rice beer.

Images used are for representational purposes only.

Review: Some Surprise Hits At Out Of The Blue’s Rum Festival