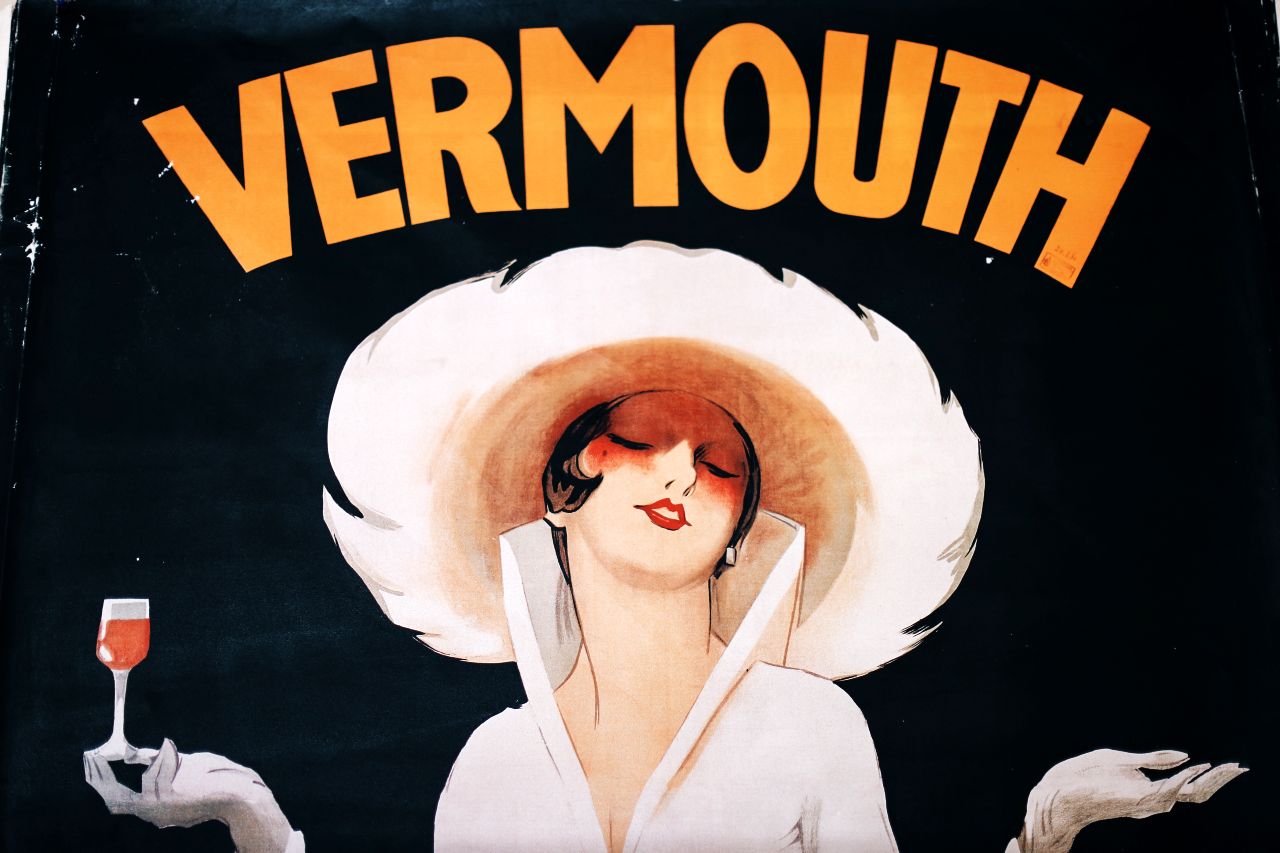 If you’ve read vermouth in a cocktail and wondered what exactly does it mean, you’ve come to the right place. This guide to vermouth will clear all the questions you ever had about this popular alcoholic beverage.

Vermouth is derived from the German word wemut, which means wormwood, and is the key ingredient used in making the beverage. With a wine base, a bittering agent, lots of botanicals for flavour, sugar to sweeten it, and of course, wormwood – it is fair that one might find Vermouth complex.

The spices that have featured in vermouths include clove, cinnamon and ginger; flowers include chamomile, rose and lavender; fruits such as citrus peels and juniper berries; and a whole host of herbs include thyme, coriander and sage.

While every maker has their own proprietary recipe, what is standard is that vermouth is essentially at least 75% wine that has been fortified and flavoured with various botanicals with an alcohol percentage between 14.5% to 22%. Starting as early as 1000 B.C, people in China were steeping botanicals in wine and sipping the mixture as a medicinal tipple. It wasn’t until the mid-17th century, though, that similar infusions were referred to as ‘vermouth ‘by the Germans. Only in the late 18th century did vermouth take off as an aperitif in Turin, Italy before becoming popular in the mid-19th century.

And at the turn of the century, Frenchman Joseph Noilly developed a dry vermouth, after which it started flourishing as a key ingredient in cocktails. In addition to being consumed as an apéritif or cocktail ingredient, today vermouth is used as an alternative to white wine in cooking.

Italian, French, and increasingly, Spanish companies produce most of the vermouth consumed throughout the world. Each country, however, has its own spin to the beverage. Italian production often exhibits dark fruit tendencies. Their French counterparts are brighter in acidity, with subtle tropical aromas.

The Spaniards have developed quite the affinity for bittersweet fortified wines. Some of their variations steer slightly toward the salty and oxidative, perhaps inspired by their native thirst for sherry.

While commercial vermouth brands have spread their wings far and wide thanks to companies like Martini & Rossi, there are many types of local Italian vermouths that can only be found in specific cities in the country. From dry vermouths to sweet vermouths and city-specific vermouths such as Vermouth di Torino, these options are a discovery in themselves. In fact, the success of Vermouth di Torino led Italy’s Piedmont to be declared as the Kingdom of Vermouth.

Vermouth can range from dry to sweet and can be red, blush, or white. Its fragrances and flavour profiles may vary as well depending on the types of botanicals, herbs, and spices used in the aromatising process. In general, red vermouth is sweet while white vermouth is dry, but winemakers are coming up with all sorts of interesting combinations today.

Extra-dry vermouth is light in colour, aromatic, typically bitter, has a sugar content of around 4 percent, and has an alcohol content of around 16 to 18 percent ABV. This is what you use when making cocktails like Manhattans and Martinis. They often use flavours like elderflower along with light hints of fruit.

Sweet vermouth tends to be red, although you can also find sweet white vermouth too. Sweet vermouth has only one addition to the recipe – sugar. It is most commonly used in Manhattans and Negronis as it has a delicate balance of rich, spicy, herbal, sweet, and bitter flavors. Red vermouths derive their color from added red wine, or sometimes from caramel and other herbs.

Bianco vermouth is also clear or slightly golden in colour and is sweeter than dry vermouth.

Though you might think sweet vermouth uses red grapes, all three styles of vermouth typically use neutral white grapes, such as trebbiano. Bianco vermouth tends to be vanilla-forward, and one of the most famous brands associated with it is Martini & Rossi.

Quite new to the market, rosé vermouth is, as you might expect, somewhere between a red and a white vermouth in flavour and colour. This hybrid flavor comes from using both red and white wines in the base.

Several wine grapes, including Clairette blanche, Piquepoul, Bianchetta Trevigiana, Catarratto and Trebbiano can be used as the base ingredients for vermouths. Bartenders have known for generations what casual drinkers were slow to pick up on – the value of vermouth cannot be overstated. If you’re looking at some classic cocktails featuring vermouth, here are some you need to try as soon as posible:

Vieux Carré: 22.5ml rye whiskey, 22.5ml cognac, 22.5ml sweet vermouth, 2 teaspoons Bénédictine liqueur and top it up with bitters and a lime garnish – this one’s definitely not for the faint-hearted

Another popular way to use vermouth is to make different types of classic martinis – be it a Dirty Martini, Dry Martini or a Bitter Martini – the popularity of vermouth is often determined by the type of martini you like.

Whether you like it shaken or stirred, you’ll still end up with a crowd-pleaser – 15ml Dry vermouth, 90ml Gin and add some brine to make it dirty.

After hosting a hit dinner party starring the above cocktails, you’ve probably looked into your fridge and asked yourself, “What do I do with the rest of the giant bottle of dry vermouth?”. Combined with other easily-available lists of cocktail ingredients such as sugar syrup, a twist of lemon, orange twist, caramel colour, caramelised sugar, grape brandy, unaged brandy and few other spirits, you can actually make some iconic cocktails in the form of vermouth cocktails.

You can also use different types of vermouth – pale vermouth, traditional vermouth, blanc vermouths, Spanish vermouth, rosé vermouths, sweeter vermouth, chilled vermouth – anything that you have at hand to replicate classic cocktails for the bittersweet flavour profile and floral notes that most classic cocktails have along with the perfect balance of ingredients. Keep a check on the sugar content and pour your creation in a cocktail glass along with some aromatic herbs for everyone to enjoy.

Here are some other ways of using Vermouth that you can try.

The most straightforward solution is to let it freeze and then have it in a tall glass, straight, perhaps with a twist of orange.

Make It a Spritz

You’ll be surprised how muddling some fruits, adding vermouth and topping it up with soda can give you your own brand new wine cocktail.

Add a Touch of Tonic

There’s no reason gin should have all the fun. Simply replace it with vermouth, garnish it with a squeeze of lime or use the classic – olives and watch it taste just as classy.

Use it as a base in low ABV cocktails

Dry vermouth doesn’t need to be mixed with any other spirit to make it a cocktail. Simply mix it with orange liqueur and lime juice to create a Queen Elizabeth.

Since most people don’t go through a lot of vermouth in a short period, you can always buy half-bottles or use it in cooking in place of white wine.

Unopened vermouth should be taken care of just like white wine – keep it in a dark, cool location away from extreme temperature swings, light, and vibration. Once opened, you can keep it in the fridge for about a month. Look for off colours and flavours or flat, non-vibrant flavours as signs the Vermouth is past its prime. So store it well, because once you’ve started using vermouth in your cocktails, there’s no going back.

Now that you know so much about vermouth, what’s the first thing you’re going to try with your newfound knowledge? Let us know in the comments below.