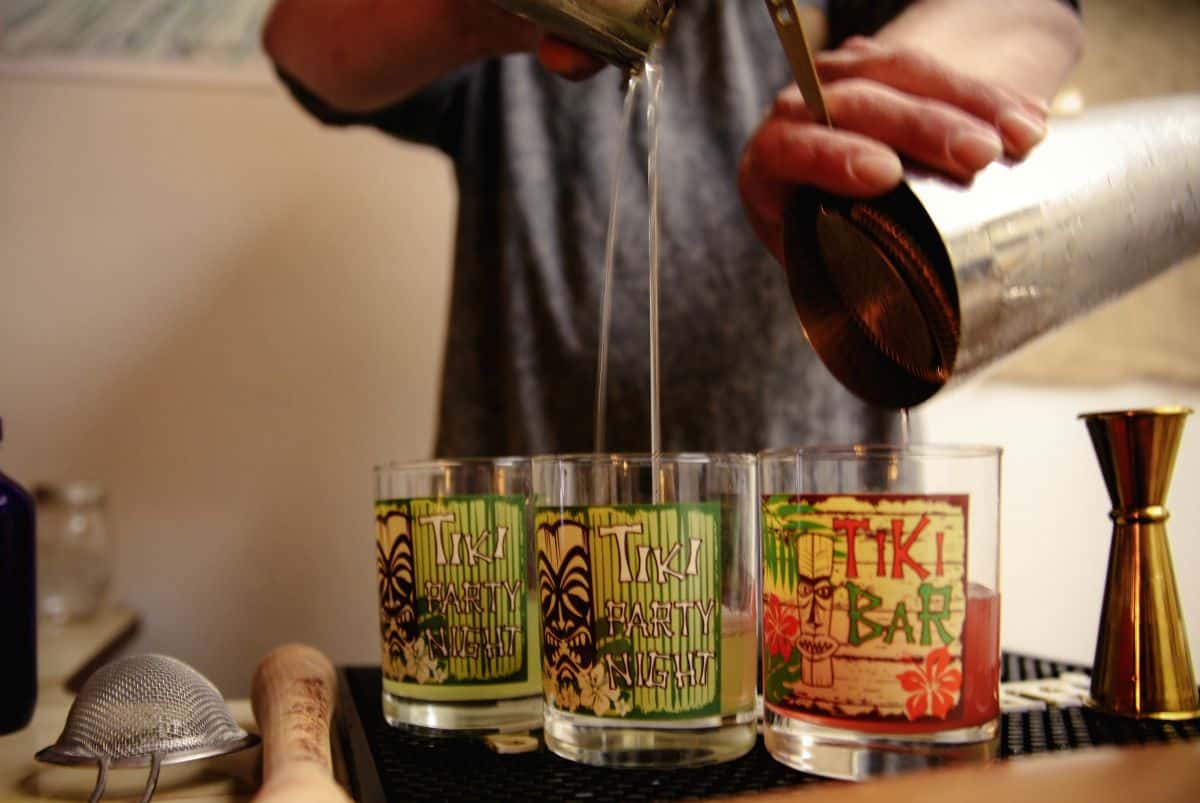 There was a time when tiki bars were all the rage. The vibrant Polynesian themed bars with specially-decorated figurines and a relaxed vibe made casual drinking popular as well as brought fruity cocktails to the world. Then, suddenly, they went out of fashion as tiki-themed bars became tacky versions of themselves without too many innovations to keep it going.

Once again, as with most things retro, Tiki bars have made a solid comeback and their rise has been a defining trend of 2019. You may have casually walked into a tiki bar too, without ever realizing it – and no, we aren’t referring to Goa’s shacks.

In fact, today, December 10, is celebrated as Tiki day across the world. Let’s dive into the world of Tiki bars.

What Is History Of Tiki ?

The history of Tiki culture goes back to ancient Polynesia. The carvings and figurines that define them were first discovered in Polynesia and are said to represent a diety. They’re an integral part of South Pacific mythology, culture and history. Just like Christians see Adam as the first created human, Maori mythology refers to Tiki as the first man.

How Did It All Start?

The hard days of Prohibition had just about come to an end in America at the time. That’s when Ernest Grant, who originally hailed from Texas but travelled the world on his college fund and eventually fell in love with all things Maori. When he came back to Los Angeles after his funds came to an end, he opened Don The Beachcomber – a bar stocked with Polynesian influences from his travels that quickly became the go-to spot for the most famous names of the era including Cary Grant, Clark Gable and Howard Hughes.

The bar’s USP was that it supplied innovative rum cocktails – that were generously loaded with fruit juices, spices and sugars – to invoke the Caribbean feel of a relaxed lifestyle that appealed immensely to a population that had come up the hard way over the past few years.

Grant even changed his name to Donn Beach with his cocktail bar flourishing under his wife’s management and growing into a chain of 25 restaurants at last count. A few years later, in 1936 another Tiki enthusiast named Victor Bergeron established Trader Vic’s and turned Tiki bars into a mass market commodity. The rest was history.

Near-Death And Revival Of Tiki Bars

For 30 years, Tiki Bars trended almost across the world but suddenly fell out of favour as their offerings became stale. In the 1990s, the Tiki culture was once again revived by a new generation of fans who saw the appeal of its relaxed vibe.

Although Tiki culture was originally an American idea, it rapidly spread to other parts of the globe with Canada, Europe, Asia, and the Middle-East taking to Tiki culture with gusto.

How To Identify Tiki Bars?

You can identify Tiki bars from its unconventional and tropical vibe. They frequently serve high-end rum-based cocktails. Their aesthetics are inspired by tropical culture, especially Polynesian. If you have keen observational skills, you’ll even find tiki masks and carvings, hula girls cavorting around a fire, waterfalls, tropical murals with live plants, torches, fishing gear and a generous use of rock and lava stone to pay homage to the volcanic surroundings that gave birth to South Pacific islands.

If you’re somehow blinded to the surroundings or prefer to order in your drinks, you can still make out a Tiki cocktail by the fancy glassware, unusual mixing sticks and cocktail umbrellas that sit on your drink.

And if that doesn’t do the trick too then simply check out any third Adam Sandler movie with the references above and you’ll know exactly what to look for!

Since the overall vibe of Tiki bars doesn’t differ from one place to another, the only way they can attract a loyal customer base is by creating their own version of rum drinks that are second to none. Apart from classic drinks, Tiki bars often use multiple types of rum and create specialty cocktails using fruit juices, sweet syrups and various liqueurs.

While a Mai Tai is the most well-known Tiki cocktail across the world, there are quite a few traditional drinks you’ll find at a Tiki bar. Some of the other popular ones include Blue Hawaii that uses Blue Curacao as its main ingredient; Cobra’s Fang that was originally created by Donn Beach and Fog Cutter that can be referred to as the original LIIT among many others. Even Singapore Sling, the national drink of Singapore, is a Tiki cocktail.

With the rise of photo apps like Instagram, it seems only natural for colourful drinks and loud places to make a revival – and what better way to do it than at a Tiki bar?

Images used are for representation purposes only. All images courtesy Unsplash.