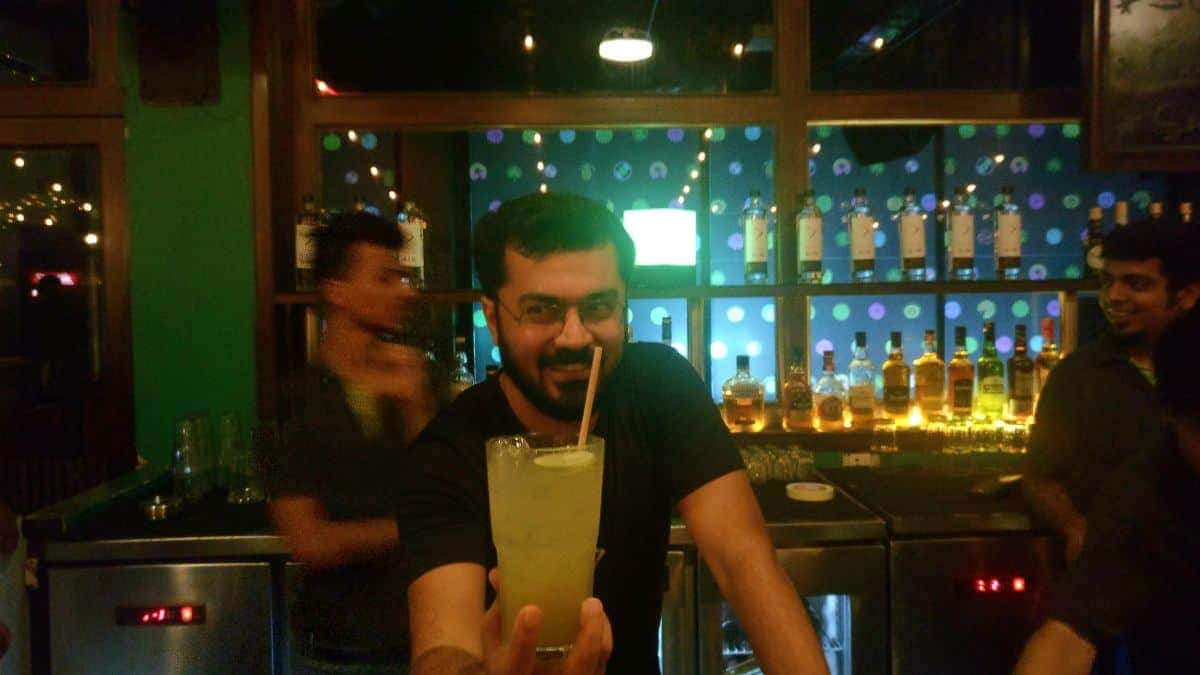 In our debut year, we managed to work hard at drinking some of the best cocktails in the country. From cocktail competitions to guest bartenders and brand cocktails, the year offered some delicious drinking all through the year. Here are our top nine cocktails of 2019 that left us asking for more.

Devender Kumar Sehgal, the head bartender of 8 ½ Otto e Mezzo Bombana, came down to Mumbai’s speakeasy bar Remos for a guest bartending session and curated this cocktail after the city. The cocktail used Maharashtra and Mumbai-specific ingredients with a blend of white rum, jaggery syrup, tamarind, tea, honey syrup garnished with earl grey air. The final product, which looked like chai about to boil over, was as quintessentially Mumbai as anything could be. With Mezcal threatening to take over the gin trend, Sehgal’s Il Nome Della Rosa or The Name of The Rose, gave us the first hint of how smooth yet succulent mezcal could be, if mixed with the right ingredients. The cocktail came straight from 8 ½ Otto e Mezzo Bombana, one of Asia’s Top 50 bars, and was a merry mix of Campari, rosso vermouth, rose blossom flower along with mezcal. The final outcome was a delicious cocktail that showed mezcal’s coming of age isn’t too far away. Another cocktail that was as simple as it was deceptive was No Sleep G&T from homegrown gin brand Greater Than. The only other ingredient in the cocktail was cold brew coffee but boy, what a supremely smooth cocktail it turned out to be. The cocktail was a huge hit across many events in which Greater Than took part, most notable being The Lil Flea where they sold out on all three days of the event. If that doesn’t say how popular the cocktail was, we don’t know what will.

Curated by The Botanist and bartender Vasundhara Vats at The Boston Butt, ABCD Bramble was a cocktail that looked, smelled and tasted great, ticking each box with aplomb with its mix of lime, in-house berry and floral liqueur and The Botanist Gin. What made ABCD Bramble even better was the lingering aftertaste of its floral liqueur that made you want to savour the drink even after it was done with. Trust Uno Mas to come out all cocktails blazing on its first anniversary. Which is exactly what the Spanish-themed restaurant did by bringing in not one but two bartenders from the World’s 50 Best Bars shortlist. Patricia Peral from Singapore’s 28, Hong Kong Street and Macarena Rotger from Singapore’s The Other Roof curated a fabulous list of cocktails from which we really adored Mexican Mistress, an enchanting mix of Tequila, Grapefruit, Jalapeno and Firewater Bitters. The slight afterburn of the drink contrasted with the bold flavours of the cocktail perfectly and had us craving for more. Thirsty City 127 launched its Trail Menu curated with ingredients from North East India on its first anniversary. They also invited Suraj Gurung from Stockton Bar in Hong Kong to create some special cocktails for the occasion – and boy did he deliver. Rage Of The Ape Men was a slightly modified take from Stockton’s cocktail of the same name with ingredients that included Dewars 12, Koji, Kalchi Khar Water, Marshmellow, Cream, Lemon, Egg White, Jasmine Flower Blossom and Banana Trunk Charcoal. Most of these ingredients sound unfamiliar on a cocktail menu but Gurung’s drink made Rage Of The Ape Men into one of the most distinct and notable drinks of the year. Suraj Gurung brought out one of the big guns from Stockton, one of the shortlisted bars in Asia’s 50 Best list for multiple years. Called Sin Tax, this delicious cocktail hit the South East Asian notes to a song with some choice ingredients like Pandan Tanqueray London Dry Gin, Young Coconut Syrup, Kaffir Lime Liquor and some Citric Solution. As a cocktail, Sin Tax was not only delicious but it also represented the best of Asia in a glass, making it one of our best cocktails of 2019 by a distance. Created by Barback Collective’s Arijit Bose along with Greater Than Gin, Air Mail was a perfect showcase of how to use cava effectively in a cocktail. Mixed along with earl grey, lemon, honey and Greater Than Gin, this was a cocktail that was as refreshing as it was smooth. With none of the quinine bitterness or overpowering taste of cava, Air Mail was light-headed and sure-footed in equal measure, making it one of the best cocktails we had in 2019.

What about you, dear reader? What were some of your favourite cocktails of the year? We’d love to hear about them in the comments below.