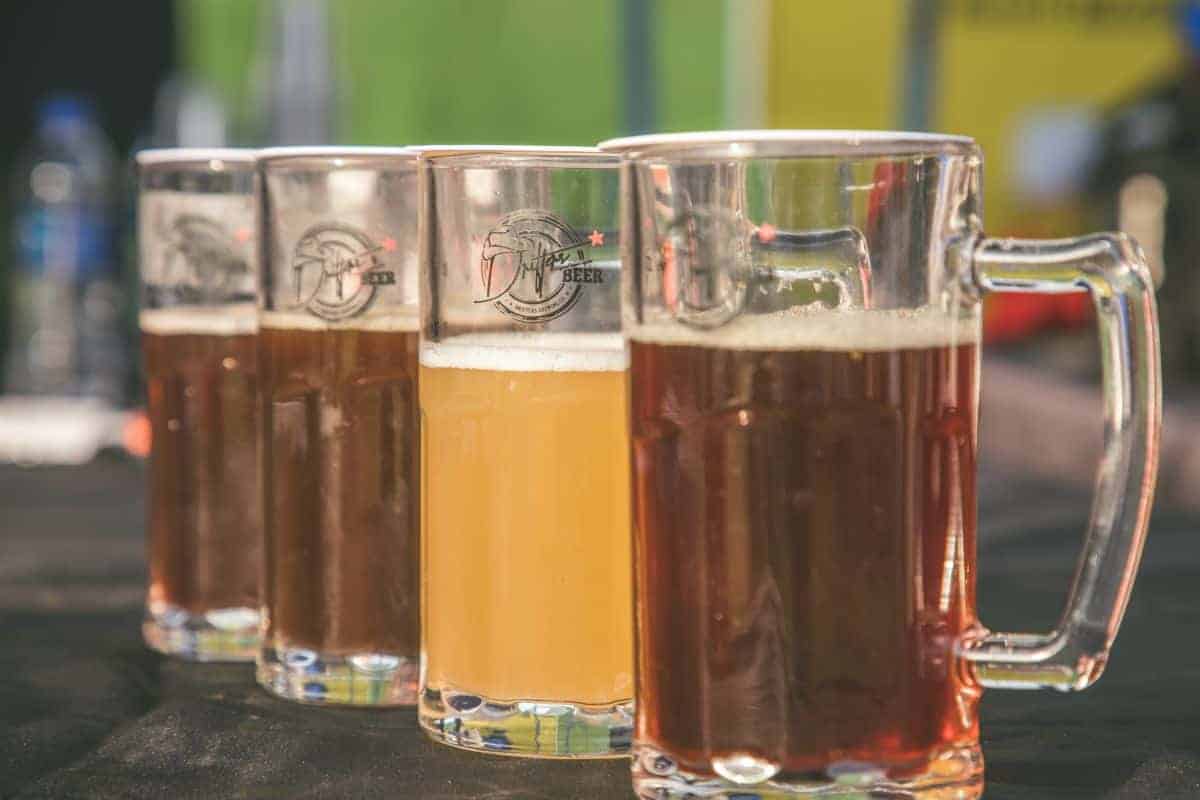 It’s International Beer Day today. So it’s no wonder we’re reminiscing about some of the best brews we’ve had this year.

In fact, at the Beer Fest held by Eventeers a few weeks ago, we had a chance to sample different brews from all over the country. Most of them aren’t available everywhere so being the first to tell you about some of them gives us additional happiness.

If you’ve been wondering what brews you need to try next, here are seven options for you.

Founded by two engineering dudes, 2 Down Beer Co’s Basil Blonde has been lapping up awards since it first launched. The golden beer goes down smoothly without leaving any bitter aftertaste. It’s almost like a palate cleanser so you can have one before you tuck into some greasy fare and another one after you’re done. Basil Blonde is definitely a beer we’d recommend you get your hands on.

With an intense roasty flavor, HAPI’s Red beer is a beer lover’s delight. With an aftertaste of roasted caramel notes, this beer is a strong contender to go on a beer drinking binge with. It’s other beer variant HAPI Braggot, a red ale with organic honey, is also worth a mention in case the Red doesn’t catch your fancy.

We’ve developed a soft corner for Witbier simply it helps us taste different notes in our beer. The Sexy Pig is no different. With an impossibly cute logo and notes of fresh mosambi and orange peel, this citric beer will make you rethink the age-old notion of whether pigs can fly!

Pouring At: Thirsty City 127 in Mumbai

Kokum is such a versatile fruit that we’re surprised we don’t see much of it. Thankfully, the good guys at Drifters Tap Station have made it easy to try the astringent fruit by mixing it with their cider. The result is a beer that will transport you to Goa lying on a hammock and the sun setting on the distance. You get the drift.

Innga’s Oak Lager claims to be India’s first rice-based lager. The low gluten beer definitely tastes different – in a good way and we were surprised how quickly we finished the drink off. The Oak Lager has a crispiness that is really appealing and flows smoothly down the throat. The holy grail of hipster mod and traditional brew-making has been breached. Bengaluru-based Nine Degree Brew Works’ Glutenfree Lager is made with millets, making it a zero-malt beer as well as gluten-free. It looks suspiciously like a lager but once you have this full-bodied drink, you’ll be recommending it to your vegan friends in no time.

With so many new beers to try, we expect your weekend to be full of surprising discoveries. Happy International Beer Day to you.