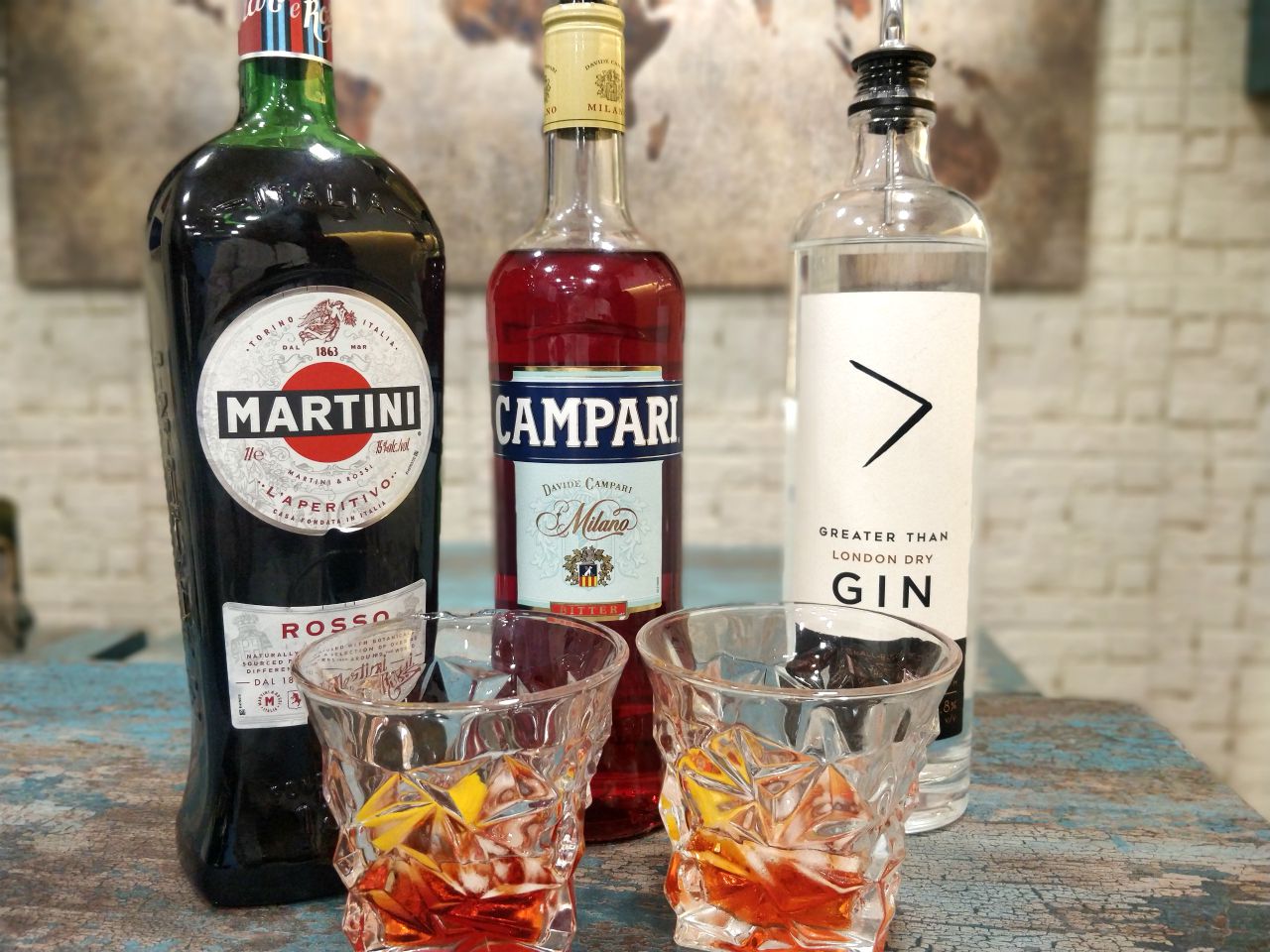 It’s only natural that one of the world’s most popular cocktails, the Negroni, has not one day but an entire week dedicated to it. So we decided to celebrate with not one but seven variations of the Negroni, including the classic way to make one. Here they are.

The classic Negroni is one of the world’s most iconic cocktails. The equal parts mix of gin, Campari and sweet vermouth served over ice has a history as colourful as the cocktail. Purportedly invented in 1919 at Caffé Casoni in Florence, Italy by Count Camillo Negroni who wanted a stronger cocktail than the more popular Americano with the bartender also adding an orange garnish rather than the ten-popular lemon garnish to distinguish the drink. While Camillo’s authenticity as a Count is under question, there is no doubt that his creation travelled the world and became one of the most popular cocktails of all time.

Before the Negroni, there was Americano. Created in the 1860s, the cocktail consists of Campari and sweet vermouth in equal measure along with a splash of club soda and garnished with a slice of lemon. Much before he popularised Martinis, James Bond’s first cocktail order was, in fact, an Americano in Ian Fleming’s Casino Royale. The cocktail also made appearances in From Russia With Love and From A View To A Kill.

A Parisian monthly magazine called Boulevardier by American-born writer Erskine Gwynne also gives this Negroni variant its name. Made by mixing Campari, sweet vermouth and whiskey, the Boulevardier is a richer version of the Negroni, thanks to the addition of whiskey. Some proponents of the cocktail even call for adding more whiskey in the ratio of 1.5 parts to one part of its two other components, making the Boulevardier an even more intriguing cocktail.

Sometimes, mistakes can lead to something truly innovative. Sbagliato, meaning ‘mistaken’ or ‘messed up’, is apparently the creation of a bartender who switched gin for sparkling wine on a busy workday. The happy result was a Negroni Sbagliato that is one of the more popular Negroni variations to be found today.

Combine the herbaceousness of the Campari with the earthiness of tequila along with sweet vermouth and you’ve got a Tegroni. Simply substitute the gin in a Negroni with tequila and enjoy this delicious combination of Italy-meets-Mexico.

It’s inconceivable when you think of adding bitter coffee to an already bitter Campari. But something about the combination just works. Substitute the gin for cold brew coffee and you’ve got a complex yet harmonious cocktail that you can sit back and sip at leisure.

This is perhaps the most interesting Negroni variations as it replaces sweet vermouth with sloe gin. The fruity berry flavour of sloe gin complements the herbs in the Campari particularly well. Add some extra London Dry gin to the mix to make a delicious Sloe-groni that we recommend you savour how else but slowly.

We made a Negroni with some of the variations mentioned above. Have a look below.

If you want to be a part of Negroni Week, consider donating to a local fund for bartenders to help them tide over these difficult times. Which of these cocktails sounds like it’d taste best? Let us know in the comments below.