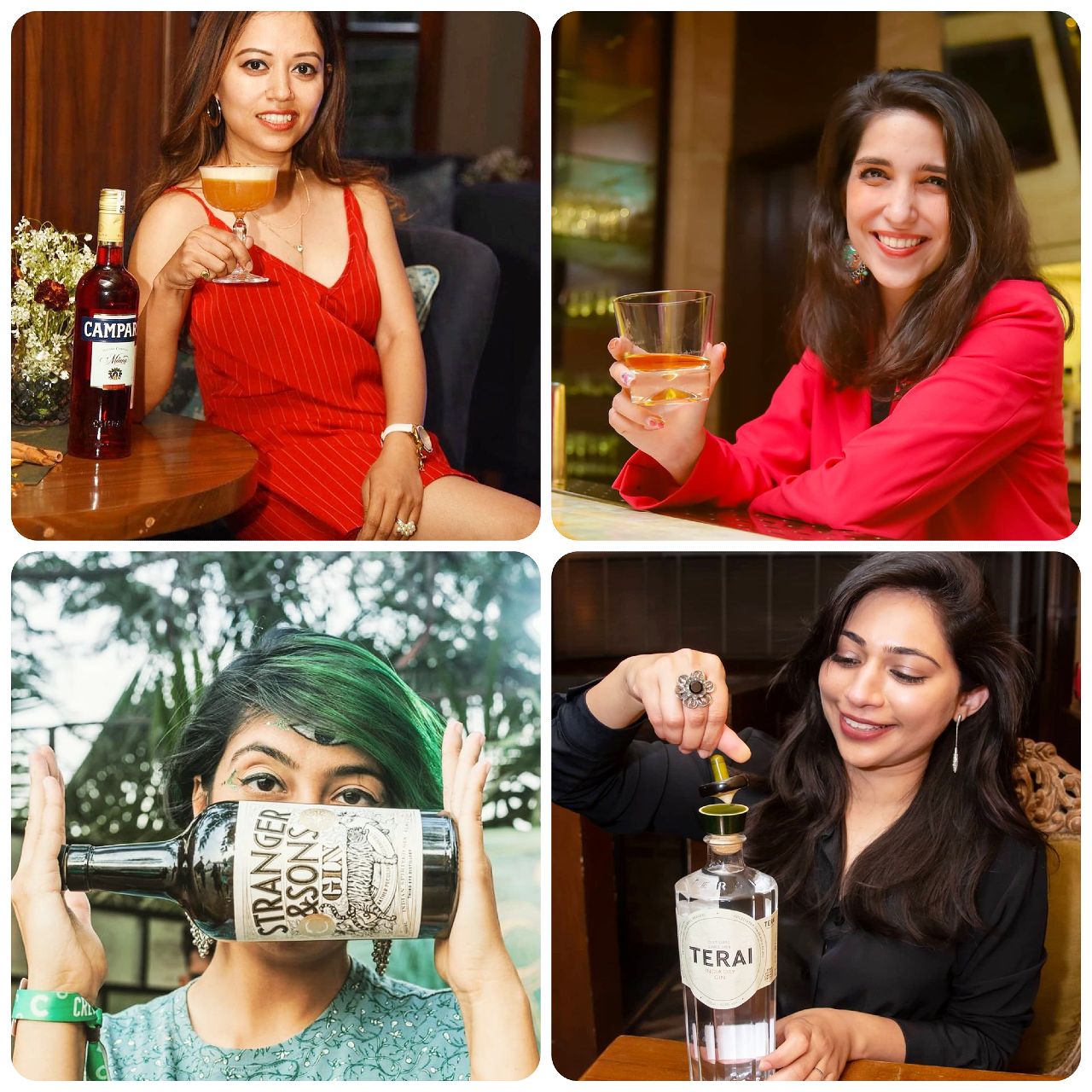 Women are not just helping increase the alcohol consumption rates in India but are also at the forefront of production and promotions. Being a brand ambassador especially means being the face of the brand where your success is judged by increased sales of the brand as well as your enthusiasm for the brand.

It’s a role where we would have thought that there would be more women but surprisingly, we found it difficult to come up with very many names. The names on this list might sound familiar and they’re also torchbearers for the other women looking for a toehold in the burgeoning alco-bev space in India. Here’s a list of five successful female brand ambassadors who are changing the game for the alcohol industry – one drink at a time.

1 – Feruzan Bilimoria from Stranger and Sons It is not surprising that the all-woman team of Stranger & Sons has a female brand ambassador to represent itself. Feruzan Bilimoria is not only an internationally acknowledged bar maestro and bartender but also a passionate marketer and businesswoman. Even though working for the bar wasn’t her first career choice, after her experience at JW Marriott and London Taxi in Mumbai, she is uniquely positioned for the role she has undertaken. Her famous green streak and bold personality represent the quirkiness and ideology of Stranger & Sons aptly. Feruzan, who has participated and excelled in multiple cocktail competitions, believes that the bar is a stage that humbles her. Coming from a liberal background in Mumbai, Khushnaz grew up in close proximity to the bar. Soon enough, she found herself in a bartending competition where she was the only girl among 30 boys! And sure enough, she bagged second place, thus knocking out stereotypes from a young age. After working at a nightclub in JW Marriott, Pune, there was no stopping her. Being a female bartender in India in itself is a courageous journey, and Khushnaz took it up a notch by becoming the brand ambassador of Diageo – the world’s largest producer of Scotch whisky, and a leading distributor of world spirits. In her interview with She The People, she says that a bartender plays multiple roles like a friend, listener, entertainer, storyteller, and craftsman. Karina was pushed into the alcohol-beverage world when she worked as a lifestyle journalist for platforms like The Quint, GQ India, Sommelier India, Discover India and The Hindu. She has now founded a company Gigglewater Beverage Concepts Pvt Ltd and authors the popular website as Gigglewater411. In case you’re wondering, ‘gigglewater’ is what they called alcohol during the Prohibition Era. She is involved in a lot of events sometimes as a judge, a bar trainer, a mentor or a participant. Independently, she consults with brands on their digital/social media marketing and assists restaurants with their beverage menus. All of this paved her way to represent Indian Artisanal Dry Gin Terai. When this Frenchwoman arrived in India in August 2019 as Wine Ambassador for Pernod Ricard, a company that represents wines like Jacobs Creek, Campo Viejo, Mumm Champagne among others, she quickly impressed the country with her WSET 3 diploma and passion for wine. It was in her career as a wine cellar manager in Paris that Cabouret developed her love for the magic potion and since then her eye for the finest wines around the world has only widened. Her extensive knowledge is a reflection of her masters degree in Wine Business in Bordeaux and she has several experiences in the industry to complement her education further. She travels all over India to educate and learn about all things wine. Despite being a homemaker, wife, and mother, Suchana Bera Sharma has managed the role of Brand Head, Group of Campari, India and how! With 15+ years of experience with globally renowned brands, she is an accomplished curator of immersive experiences, marketing expert, a lifestyle influencer, content creator, and of course, a mixologist. She has been covered by many leading media platforms such as The Times of India, Hindustan Times, Femina, Spritz Magazine, Fever 104, Elite magazine etc. Her numerous extracurricular activities did not stop her from getting a Master’s Degree in Management from Symbiosis Pune and she has been into marketing communications right from her first job at Grand Hyatt. Traveller, writer, and photographer Suchana also has the portal ‘Dwarka Moms’ to her credit where she gives back to more than 5000 active members through education, cleanliness and innovative workshops.

These stories and the women behind them are not just appreciated but also celebrated by us. We hope they continue to inspire and expand the industry by leading the way forward.