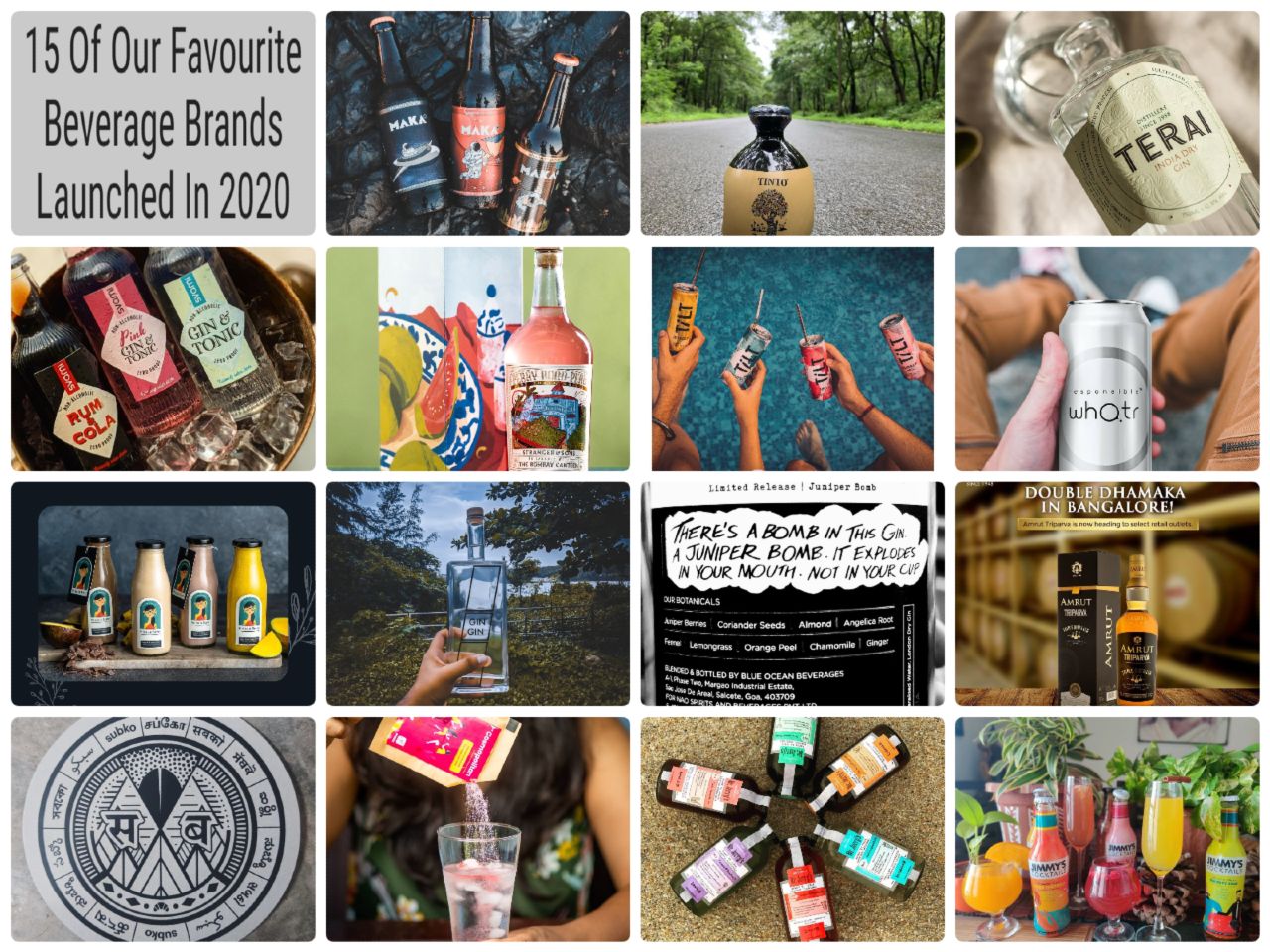 In a strange year, we were pleasantly surprised to see the number of beverage brands and new releases from established players. Not only did their products delight us, but they also also ensured that the beverage juggernaut in the country rolled on successfully despite the challenges thrown by the pandemic. Here are the top brands launched in 2020 that quickly became ours and everyone else’s favourites. With bars on indefinite lockdown since the pandemic, it was only a matter of time before people started craving their favourite cocktails. However, since alcohol delivery is still illegal, the guys behind Jimmy’s Cocktails came up with the next best idea – premium non-alcoholic cocktail mixers delivered straight to your home. The brand has found success as well as loyalists, if their Instagram page is anything to go by. Founded on a similar premise as Jimmy’s Cocktails, Drinktales offers cocktail crystals in the form of your favourite drink such as an Old Fashioned, Cosmopolitan etc. that can be mixed into your spirit of choice to create your own home bar experience. Going a step further, the brand also offers a monthly subscription package to fulfil all your cocktail requirements along with bar merchandise. A relative newbie, Mr Jerry’s is nevertheless the most ambitious launch of 2020 in our opinion as it introduces a whole new category to Indians in the form of bottled cocktails. That’s right, Mr Jerry’s offers you an entire cocktail out of a bottle so you can drink it anywhere, anytime – bar not required. Currently only available in Goa at select places, the success of this brand will tell a lot about India’s drinking culture in the months ahead. Amrut Triparva is a triple-distilled whisky – an Indian first – that makes things exciting for whisky lovers in the country. Produced by the multiple award-winning Amrut Distillery team, Triparva’s incredibly complex flavour spans the gamut from orangey citrus to vanilla custard and plantains. Triparva is a limited-edition single-malt whisky with only 5400 bottles set to be sold worldwide, making this even more appealing to malt lovers. When we broke this story exclusively, we were as intrigued by GinGin’s botanical component as anyone could be. After all, it’s not every day that you hear a gin that has hemp in it. As GinGin’s 24-year-old Shubham Khanna told us, “Hemp has a savoury and oily taste that’s unlike any other gin out there. Moreover, it’s also a lifestyle choice for a new generation that relates with hemp.” It’s launch might have been delayed because of pandemic-induced bottling issues, but we’re as kicked about GinGin as when we first heard about it.

Rahul Reddy, the man behind Subko Coffee based in Mumbai, calls the brand a lockdown baby. Just as the Subko team was readying for a grand launch, the lockdown hit the nation and shuttered cafes and restaurants. Subko Coffee, though, continued unabated and went full steam on picking the best roasters and coffee estates to work with. Within just a few months, Subko’s coffees have become popular among coffee lovers across the country. In fact, it’s Kerekahlu blend, Ratnagiri Lot 42 and Garo Hills Medium are being called the best coffees of 2020. If you haven’t heard of Subko yet, chances are you definitely will in 2021. There have been quite a few craft breweries that have cheered beer lovers across the country, but the idea of setting up a full-scale brewery for commercial purposes caught our attention when we first heard about Maka Di. Straddling the narrow gap between craft and commercial, Maka Di’s beer portfolio also has some impressive products such as the Belgian Tripel. Its folio is as impressive as its desire to build a commercial scale craft brewery from its bottled beer range. Read our story about Maka di here. For far too long, feni was synonymous with Goa. It still is but Tinto Heritage Feni has stepped out from the sunshine state and moved to neighbouring Maharashtra where it continues to find new consumers. While we understand GI tags, we also know that people across the country would love to try local liquors. Tinto Heritage Feni has taken a small step in that direction that might turn into a giant leap for other liquors in the country. Rajasthan doesn’t immediately conjure up visions of liquor, certainly not gin by a far stretch. However, that’s exactly what the makers of Terai Gin managed to do by launching their brand out of Behror in Rajasthan. Terai is made in the style of a London Dry Gin with an ABV of 42.8% and uses juniper, tulsi, coriander and citrus as its dominant botanicals. It was launched to great reviews in Delhi recently and we’re waiting to grab our hands on the beautifully-packaged bottles inspired by Indian temple pillars soon. The low and no-alcohol trend got a further boost in 2020 as more people began looking at their health parameters in the wake of the pandemic. Svami played its trump card and launched three new beverages that use no alcohol but deliver all the goodness of the flavours involved such as Gin and Tonic, Pink Gin and Tonic and Rum and Cola. These beverages take the industry in a whole new direction as patrons can now enjoy having drinks without worrying about its alcohol content. When the OG launches something new, there’s no option but to sit up and take notice. Greater Than introduced a limited-edition gin fortified with thrice as many junipers as in its regular gin and called it Juniper Bomb. Those who’ve tasted it have nothing but great things to say about it. Thus, in a year when new gin companies launched ever so often, the brand that started it all showed it can still pull off a surprise. Perry Road Peru defies expectation. A gin company joined hands with one of India’s best restaurants to launch India’s first distilled cocktail that everyone went gaga over. Made with nine botanicals, peru and a pinch of chilli-salt mix, Perry Road Peru is a success story that will spawn many more iterations we predict. Water. Yes, Responsible Whatr is essentially a drinking water company with the only difference being that it comes in an aluminium can to protect the environment from plastic. With climate change being top of mind after the devastating Australian bushfires in January earlier this year, the company’s USP found many takers since its launch earlier this year. Priced at INR 60 for 500ml, Responsible Whatr is sourced from natural water spring in Solan, Himachal Pradesh. Canned wines have had a fling with consumers for a short while but it turned into a full-blown affair with the launch of Fratelli’s Tilt Wines. Red, white or bubbly, just pick your wine of choice, open the can and get drinking without any of the attendant fuss around wine etiquette. Indeed, wine from a can has gone mainstream at the end of 2020. Aam Panna, Solkadi, Panakam, Rooh Afza, Kokum Sherbet – these are just some of the regional beverages that Missus Sippi offers. The brand mixes nostalgia and regional flavours and delivers its drinks prepared on the same day to consumers. They also expect the consumer to finish the drink on the same day to retain the fresh aspect. The brand is currently operational in Mumbai where it has seen great success. Read our story about the brand here.

What have been some of your favourite brands of 2020? Did we miss any? Let us know in the comments below!

Our Most Popular Stories Of 2020