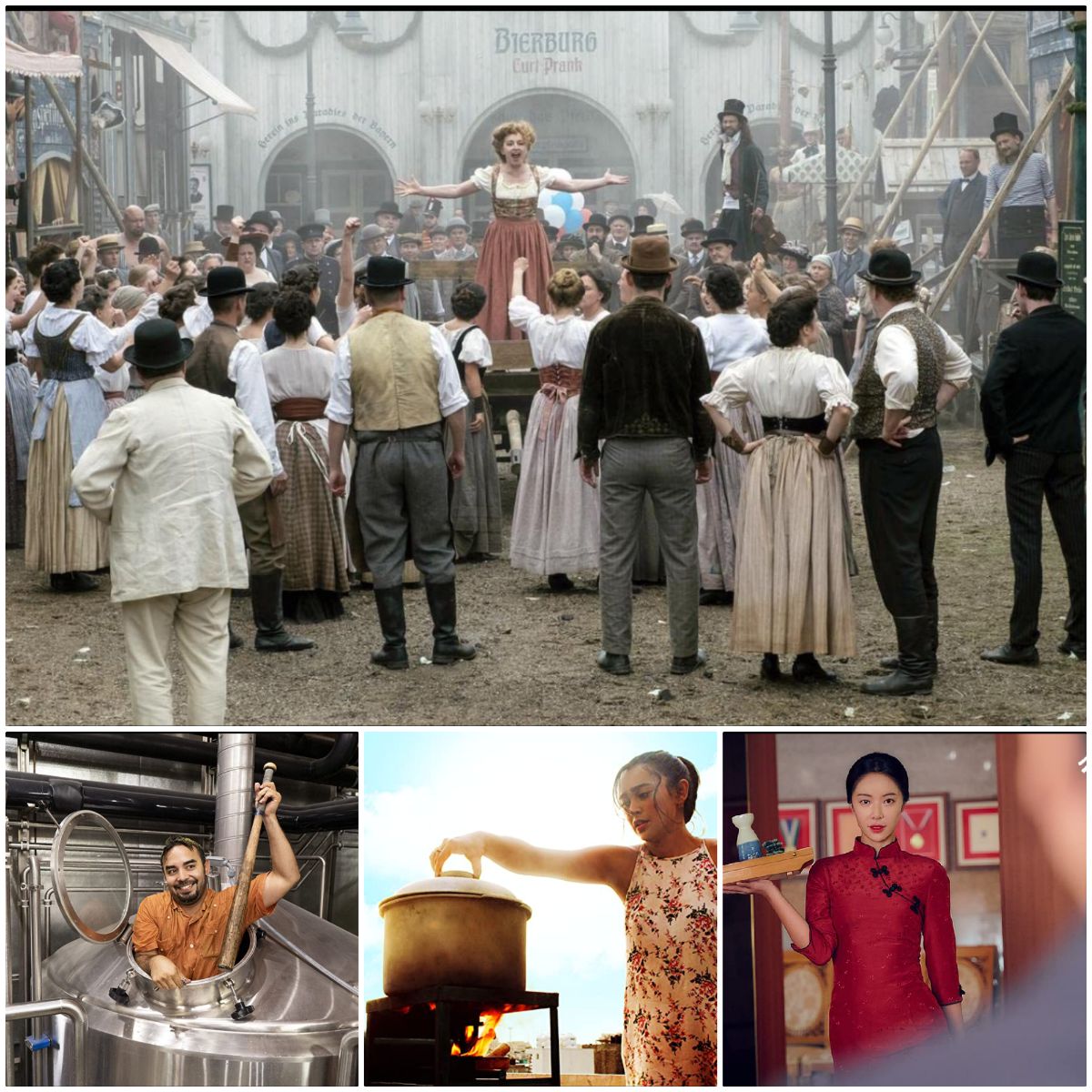 #FirstPerson: Dining And Drinking Your Own Creations At Finch, Mumbai

Excited about the Netflix Streamfest this weekend but confused by the array of choices on the platform? We know how daunting it can be to pick the best series, documentaries and movies to select and watch in such a limited time. Which is why we’ve made the task easy for you. If you’re into drinks and want to enjoy watching stories around beverages, pick these features to binge-watch this weekend. Thank us later. Here they are, in no particular order. In parts of Italy, you can pay it forward at certain cafes. It basically means you add the cost of the next person’s coffee so they can have it for free, should they choose to do so. Coffee For All is an intimate documentary that looks at this practice, also called Suspended Coffee, that details the lives of people who partake in the act of this pay-it-forward culture and also the owners and baristas who are naturally connected with it. Also, be forewarned, you might not like how it ends.

2 – The Truth About Alcohol

For all the burning questions you ever had about alcohol, its effect on your body and hangovers, this surprisingly compact featurette answers it all in a clear and crisp manner. Presented by Dr Javid Abdelmoneim, who works as an emergency room physician at a London hospital, he self-volunteers to get himself tested and understand the effect that alcohol has on the human body. A must-see for some known and other unknown facts about alcohol that you didn’t know earlier. Okay, with a title like Beer and Blood set amidst Octoberfest, you already know this series is a winner. A love story that develops between rival breweries in 1900 with Octoberfest in the centre of it all makes this a compelling watch indeed. Not to mention, the series is shot beautifully and the sets take you back a century with great ease. If you’re having a beer party while binge-watching, there’s nothing better than Octoberfest: Beer and Blood to get you going.

Featuring actors Liam Neeson, Matt Damon and Jaden Smith, Brave Blue World is a documentary that features innovative ways in which water is being managed, stored and purified around the world. If you want to feel just a bit hopeful about humanity in the years to come, this well-shot and nicely narrated documentary should do the trick.

If you’ve been following recent stories, you know all about additives added to honey sold by various companies in India. That’s also the opening episode of Rotten, a documentary that takes a look at the underbelly of seemingly harmless food and drinks industries. From the problems caused by bottled water to the dark side of chocolate (some of which we covered here) and controversial cow milking techniques among others, this is a documentary that will open your eyes to what’s on your plate in more ways than one.

Young Elijah (Mamoudou Athie) must balance his father’s expectation of taking over the family’s barbeque joint with his own dream of becoming a master sommelier. Open your favourite bottle of wine and join Elijah’s journey as he balances expectations and dreams with this touching and sensitive film that also teaches you a thing and two about wines in the process. Yes, you can’t ignore the Korean factor on Netflix. Sure, it’s nothing like BTS but the wave of Korean series on Netflix is hard to ignore. We particularly enjoyed the storyline of Mystic Pop Up Bar, a strange mix of Inception and emotion blending together perfectly. The series has comedy, fantasy and drama sprinkled in just the right amount in each episode that tells the story of a gifted but mysterious man working out of a pop-up bar. To reveal any more would be saying a lot, so we suggest you start watching this underrated series right away. Two brothers pick up the mantle to run a brewery together despite being on opposite ends, Brews Brothers takes a couple of episodes to warm up to with its funny gags and beer making sequence. Once past, the series becomes as familiar as your favourite beer with the antics of both the brothers trying to keep their brewery alive. Bonus points for learning everything about the beer-making process.

A coming-of-age story about a man who wishes to pursue his showbiz dreams while ditching his family’s Irani café, Maska is the perfect family film to binge-watch together. Starring Manisha Koirala who plays Diana Irani, the manager of once-popular Rustom Café in South Mumbai, Maska tells a predictable story in a refreshing way.

Director Nicholas Khankongor weaves a story around a popular North Eastern wedding stew being prepared in a stuffy Delhi neighbourhood and makes it worth the watch. Axone, a pork stew that uses pungent local herbs, highlights the challenges of preparing the dish as a group of girls fight their landlady, boyfriends and other seemingly insurmountable challenges. Watch this one for Sayani Gupta’s character as Upasana whose romantic situation fluctuates along with the making of the stew and Rohan Joshi (not the AIB comedian) as Shiv who tries to help the girls with his jugaadu ways.

Another Korean series, Coffee Prince focusses on Go Eun Chan, a tomboy who takes up work at a café and is considered a guy who develops feelings for her rich boss. The series was so popular that National Geographic featured the coffee shop in the Hongdae area of Seoul where it was shot in its Seoul’s Got Soul series later on. Watch this K-series drama for the intimate coffee shop setting and the chemistry of the lead actors.

Which of these are you most excited to watch? If you’ve seen any of these earlier, which one did you love the most? Let us know in the comments below.

Rage Against The Instant Coffee

#FirstPerson: Dining And Drinking Your Own Creations At Finch, Mumbai