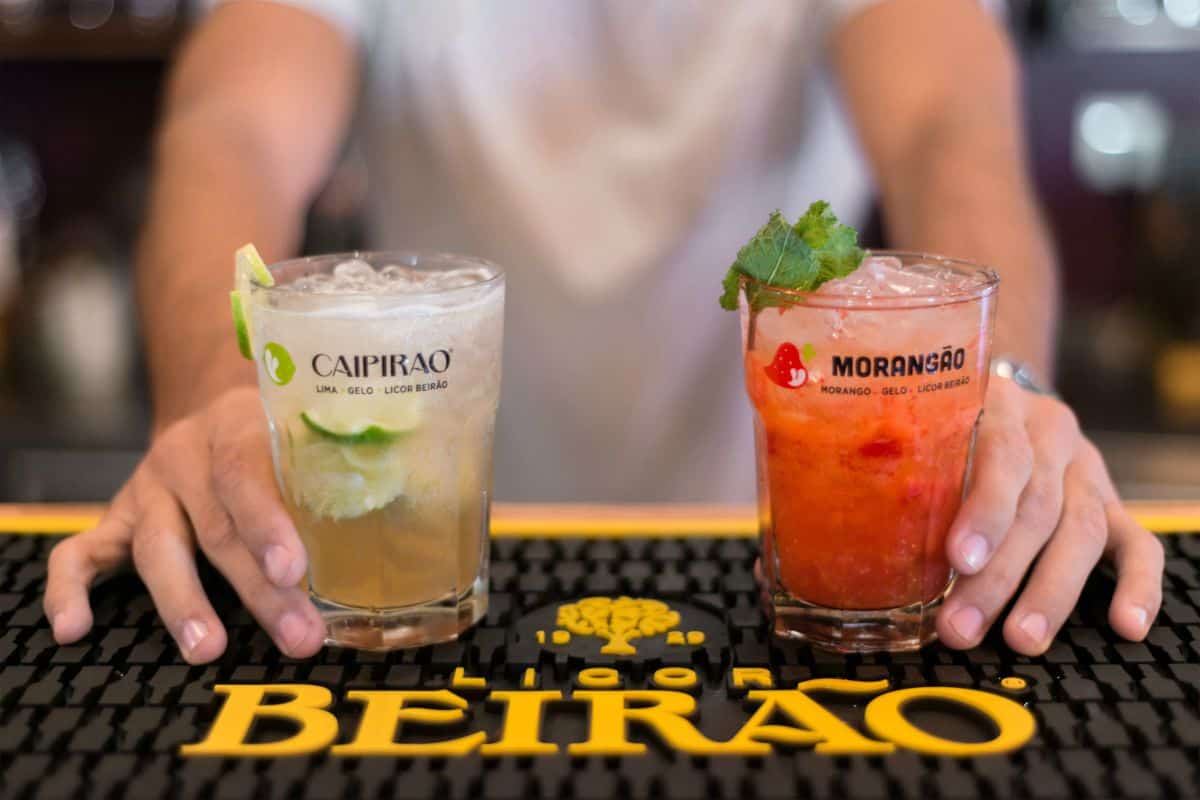 In Times Of Social Distancing, A Lot Can Happen Over Online Chai

Port wine is well-known throughout the world, but that’s not all that Portugal has to offer to visitors. Indeed, most locals don’t even prefer having port wine as they believe it’s an English drink who invented port wine to make sure their wine didn’t go bad when they travelled on ships.  The drinking scene in Portugal is otherwise pretty mind-blowing. There are so many more drinks from the country that ought to be tried out. Here’s a whittled down list of just 10 drinks from Portugal that are not Port wine that any visitor to the country must try on their next visit.

Ginjinha, also known as just ‘ginja’ is one of the most popular liqueurs available in Portugal and you can get it off the shelf. The drink gets its name from ginja berries, which are similar to cherries, which are fermented in brandy to make this liqueur. Sugar and aguardente are also added to the drink, giving it a sweet taste.

The drink is usually served in mini chocolate cups, with a cherry on top. Now produced in the Southern region at Obidos where ginja is ubiquitous, the drink was originally produced as an experiment by the monks of Sao Domingos, who added all the ingredients together along with some cinnamon. The result was a huge success and made the drink what it is today.

Aguardente is a dry liqueur that’s one of the strongest out there! Aguardente means firewater and is made from distilled grape wine and is sometimes aged, giving a smoother version known as Aguardente Velho, which is served in pubs and restaurants.

The taste of Aguardente is similar to cognac and the drink contains an alcohol percentage of 35-56 by volume. It is sometimes mixed with coffee to make Cafe com Cheirinho, which is usually consumed at the end of a meal.

A secret recipe that cannot be reproduced by anyone but its owner, José Carranca Redondo makes Beira one of the most sought-after drinks in Portugal and the rest of the world. The liqueur is sweet in taste and is made from 13 distilled seeds and herbs like eucalyptus, rosemary, lavender, cinnamon, etc that are sourced from Thailand, Malaysia, Brazil and other places from around the world including India.

People usually enjoy the liqueur in cocktails, the most popular one being Caipirão. Apart from cocktails, people like to drink this neat. By itself, it has a medicinal flavour with a sweet aftertaste.

Gin originated in England as a medicinal experiment, but over the past few years, Portuguese Gin production has increased and the gins have gained popularity, with the biggest known brands being Sharish and Bigg Boss. These brands also provide guided tours of their distilleries. There’s a gin company called Goshawk based out of Azores islands as well that’s one to watch out for.

Gin is usually mixed with tonic, even in Portugal, keeping the tradition of London alive. It is a very popular drink among the pub-crawlers.

Madeira is a popular drink all over the world and originated in the Madeira Islands in Portugal. It is a form of fortified wine with a deep caramel color. It is aged for months at a time in estufas, which are special wine cellars with higher temperatures. The wine can be consumed in its dry form, by itself, or in its form as a sweet wine, along with dessert.

Just like Scotch, Madeira is also sold in different age batches, 3 years, 5 years, 10 years and the more premium one being 15 years. Madeira was a hot favourite among leaders like Benjamin Franklin and even George Washington who celebrated the Declaration of Independence with this drink.

While Portugal is not popular for its beer, it should be. With local brands like Sagres and Super Bock being cheap and available almost everywhere, you’ll definitely be having Portuguese beer at least once during your visit to this country. The popularity of craft beer is on the increase in the country, especially in Porto.

The most popular brands of beer here are Sagres in the South and Super bock in the North, and your preference is usually an indication of where you are from. In the islands of Madeira and Azores, you can try brands like Coral and Especial.

Who doesn’t know brandy? Whenever it gets too cold, we turn towards brandy as our saviour. It is also given in minimal quantities to children to protect them from extreme cold weather. While brandy originated in France, it is also produced in large quantities in Portugal, with Macieira being the largest producer in the country.

Brandy is not usually preferred by the youth, but the elder generation laps up brandy. They especially like to drink it along with their coffee. Internationally, Portuguese brandy is not really sought after and most brandy produced in Portugal is consumed within the country itself.

Amarguinha is an alias for an almond liqueur. The Southern region of Algarve is popular for producing some of the best Amarguinha in Portugal. The drink is made from the best almonds sourced from the surrounding regions.

It serves as a refreshing drink in the summers, along with some ice and lemon. Amarguinha is typically consumed at the end of a meal and is one of the oldest traditional liqueurs in Portugal.

Moscatel is a form of fortified wine made from Muscat grapes. The Portuguese version is one of the most popular as it is less sweet than other liqueurs and can be paired with desserts or savoury items.

People in Portugal literally dip their biscuits in the drink. The best version of the liqueur is available by aging it for 10-20 years when the flavour changes from a fruity note to a deep nutty one. This is the perfect drink for a cold winter evening.

Portuguese wine is out there along with French, Spanish and Italian wines. One of the most interesting wines produced in Portugal is called Vinho Verde, literally meaning Green Wine.

Vinho Verde is produced in the Douro valley region of Portugal and is a light wine with a low percentage of alcohol. It is also called young wine as the wine is prepared within three to six months of the grape being harvested and is consumed soon thereafter.

While it may be tempting to just go for the most popular Port wine when you are ordering your drink at a pub or buying it from a store, resist the temptation and lookout for some of the above-mentioned beverages. You will not regret it and the different drinks throughout your trip will give you a different experience of the taste and the culture of the people of Portugal.

In Times Of Social Distancing, A Lot Can Happen Over Online Chai