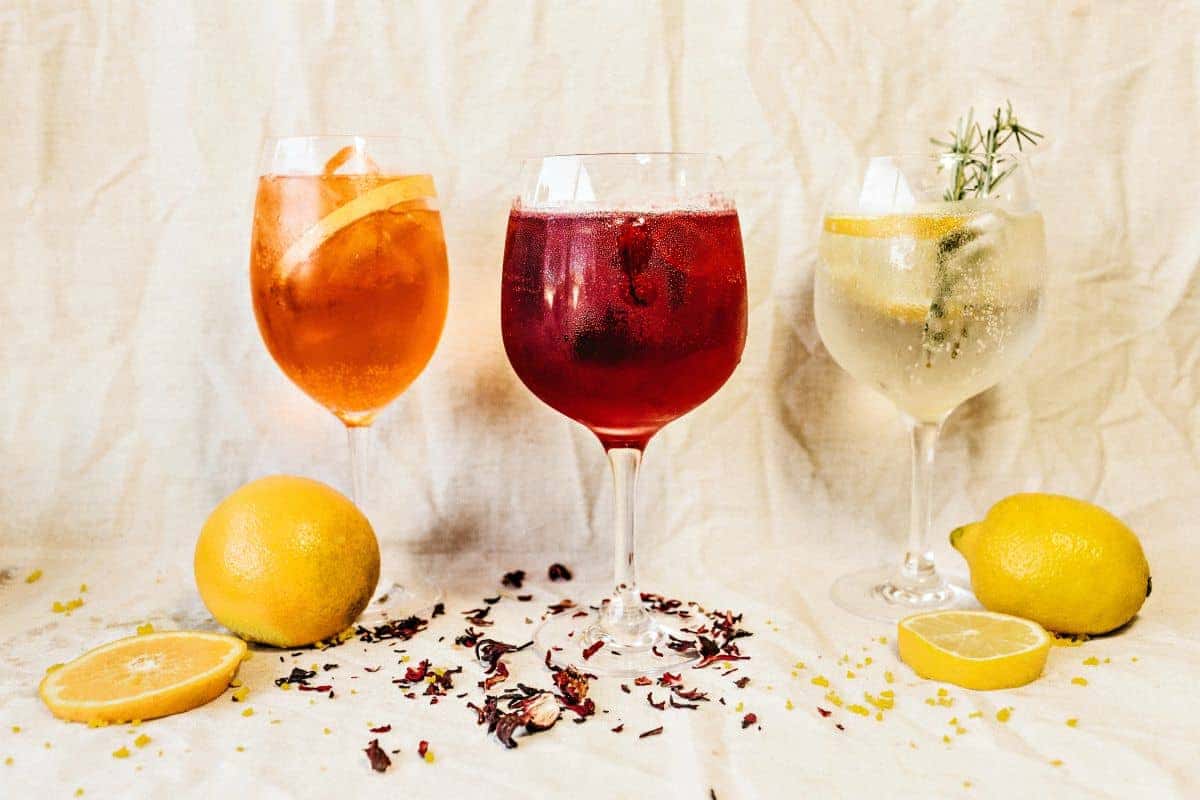 Believe it or not, there was a time when alcohol was banned throughout the United States for almost 13 years. We could never imagine life without alcohol today so let’s take a moment to acknowledge the struggle of Americans who braved the alcohol-free life a century ago.

From 1920 to almost 1933, the United States witnessed a nationwide ban on alcohol import, production, and its sale. Alcohol was held responsible for issues such as alcoholism, violence, domestic troubles and corruption.

Despite the ban, illegal consumption and distribution continued, but the quality was not always the best. This led to the invention of several cocktails to make hard liquor drinkable, and they became so popular that they are loved even today, albeit with better quality. The bartenders from the Prohibition era turned their then-limited options of gin, brandy, whiskey, rum etc. into some of the most sought-after cocktails of today.

The French 75 derives its name from a piece of French artillery, the 75mm field gun. It is a cocktail consisting of gin and champagne that’s mixed with a little sugar syrup and lemon juice to give it that extra zing. It was invented by Henry MacElhone and became extremely popular after its mention in 1930 in The Savoy Cocktail Book.

During the Prohibition Era, lemon juice and sugar syrup were every bartender’s friend and were used in almost all the drinks. In the 1920s, there was a surge in the production of gin, to which the Americans added soda and their favourite syrup and lemon juice to make the Tom Collins. It was an invention by Jerry Thomas, a popular bartender back then.

Another gin cocktail, the Gin Rickey is made from lemon juice, in combination with gin and seltzer. It is a drink that has always been popular due to its refreshing nature. Although it became popular during the Prohibition Era, its roots can be traced back to the 1800s, when it was made for Colonel Joe Rickey by the bartender George Williamson. Earlier, Gin Rickey was made with bourbon, but after the spurt in the production of gin in the 1920s, it came to replace the more scarce bourbon in the cocktail.

During the Prohibition Era, rum was one of the easiest things to get and was often used in cocktails. It originated in Cuba and was created especially for the former movie star of the 1920s, Mary Pickford. The cocktail is tropical and fruity in nature and shifts from the use of lemon juice to the use of pineapple juice, mixed with white rum and grenadine, to make it a light and refreshing pink drink.

The Last Word is a pale green drink that is made of lime juice, gin, Maraschino liqueur and Green Chartreuse, all mixed in equal parts. After World War II, the drink lost its popularity but resurfaced in mid-2000 in the Pacific Northwest. It was invented in the Detroit Athletic Club and when the bartender Frank Fogarty migrated to New York, he took his recipe along that later overtook the party city by storm.

A Highball is a drink in which the mixer’s proportion is larger than the alcohol’s proportion. During the Prohibition Era, bourbon lovers loved ordering the Highball cocktail, which contained ginger ale or ginger beer as a mixer. In order to make the drink refreshing, bartenders would often add the zest of lime to the drink to take it up a notch.

In keeping with the tradition of using lime juice, Ward 8 was invented as a mixture of grenadine, lime juice, orange juice, and whiskey. The orange juice can also be substituted with sugar syrup. The fruit juices were earlier added to the drink to cut through the bitter taste of whiskey. Ward 8 originated in the 1800s but became popular during the Prohibition Era.

On the sweeter side, Bee’s Knees was loved by many during the Prohibition Era and is still a popular cocktail across most bars. The drink was made by combining everyone’s favourite liquor – gin, with orange and lime juice and honey syrup. The latter made all the difference as using honey instead of sugar imparted a unique taste to the drink and even gave the cocktail it’s name. Today, a wide variety of flavoured honey is used in the preparation of the drink, creating various different versions of it.

Gin seemed to be the most popular liquor used for cocktails back in the Prohibition Era. Combining it with soda, sugar syrup, lime juice, and mint gave rise to the South Side Fizz. It was preferred by mob boss Al Capone who was a bootlegger along with members of his crew. The gin procured by them was rough and needed to be mixed with flavours to make it drinkable. This gave the drink the name Southside, as Al Capone operated on the Southern side of Chicago.

Now you know there’s a whole new world of Prohibition-era cocktails beyond popular drinks such as the Highball, Bees Knee’s and Tom Collins. So much innovation has happened since then a few different versions have been created out of these classic cocktails. Try these drinks next time at your favourite bar and imagine what they must have been like a century ago when they were first created.